Referendum in northern Iraq receives no support from international community

With no support from the international community, the Kurdistan Regional Government is to negotiate with Baghdad for the last time before the referendum. 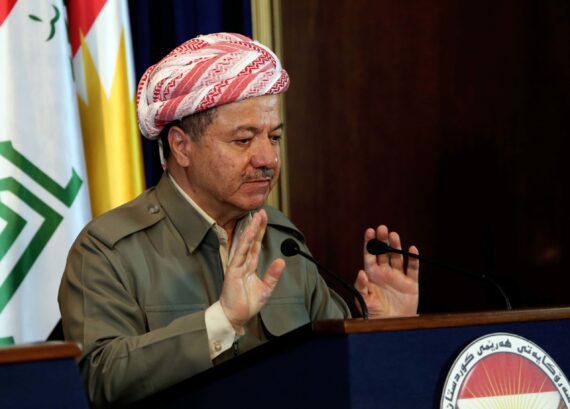 Not only Turkey and countries in the Middle East including Iran and the Baghdad government, but the US has only spoken out largely against the proposed referendum in northern Iraq.

The Kurdistan Regional Government (KRG) led by Masoud Barzani have insisted on continuing with the vote, which is due to take place on 25 September, asking the KRG-controlled areas whether they want to break from Baghdad.

Turkish President Recep Tayyip Erdogan repeated his call on the KRG to reverse its decision to hold the referendum in a speech made on Wednesday.

During an interview with Bloomberg Editor-in-Chief John Micklethwait, at the Bloomberg Business Form in New York City, Erdogan stated that “I hope that they return from this erroneous decision and continue as the Kurdish Regional Government.”

Erdogan said that Turkey would respond with sanctions if next week’s referendum went ahead.

US calls for talks between Erbil and Baghdad

While Turkey’s opposition is mainly drawn from the fight against terrorism and the territorial integrity of Iraq, the US government has also opposed the referendum on the basis that it is not the right time.

While known to be a long-time advocate of Kurdish autonomy, the State Department issued a strongly-worded statement opposing the referendum.

The statement highlighted that “the United States strongly opposes the Iraqi Kurdistan Regional Government’s referendum on independence,” adding that “all of Iraq’s neighbors, and virtually the entire international community, also oppose this referendum.”

“The United States urges Iraqi Kurdish leaders to accept the alternative, which is a serious and sustained dialogue with the central government, facilitated by the United States and the United Nations, and other partners, on all matters of concern, including the future of the Baghdad-Erbil relationship.”

The department repeated that the referendum would preclude the possibility of negotiations with the Baghdad central government and present a high cost for “all Iraqis, including Kurds.”

The statement cited potential disruptions in the fight against Daesh, which the KRG’s Peshmerga forces support, as well as worsening trade relations with neighbors and the destabilizing nature of holding the referendum in internationally disputed areas.

The US has maintained its position of “genuine dialogue,” which it believes promises to resolve Iraq Kurds’ grievances and establish a new course in Baghdad-Erbil relations.

While Turkey and the US have opposed the referendum, Israel has welcomed the decision, as it perceives an independent Kurdistan in the Middle East as an end to its own isolation.

Last round of negotiations before referendum

Responding to calls made by Turkey and the US, the KRG have announced that a high-level delegation will visit Baghdad within the next 48 hours in order to discuss outstanding differences between Baghdad and Erbil – the KRG’s administrative capital.

According to a statement released by the office of Iraqi President Fuad Masum, KRG President Barzani has agreed to send a high-level KRG delegation to Baghdad on Thursday or Friday.

Earlier on Wednesday, Masum and Barzani met in the northern city of Sulaymaniyah, where they discussed regional developments and the upcoming poll.

Following the meeting, a statement released by Masum’s office said that “both men stressed the need for constructive dialogue to resolve outstanding points of contention [between Baghdad and Erbil].”

“With this in mind, they decided to dispatch a high-level [KRG] delegation to Baghdad within the next two days,” the statement added.

Masum arrived in Sulaymaniyah on Wednesday morning where he urged the KRG officials to postpone next week’s poll and resolve outstanding differences between the two sides through dialogue.

The success of negotiations will decide on the future of Iraq’s territorial integrity and security.