Regional Vulnerabilities Sharpen in the Aftermath of the US-Iran Escalation

The US-Iran showdown will definitely cause further destabilization of Iraq and cause a larger rift between Shiites, Sunnis and Kurds. 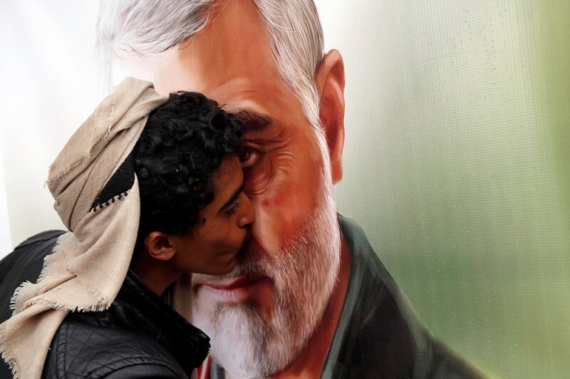 The killing of Iranian General Qassem Soleimani and Abu Mahdi al-Muhandis by a US UAV strike in Baghdad has changed the course of tensions between Iran and the US. The accumulation of recent aggressions in the Persian Gulf and in Iraq and Syria between two countries has paved the way for further escalation. But, no one was expecting the US to assassinate the Commander of the Quds Force of Iranian Revolutionary Guards Corps (IRGC) and the Deputy Leader of Iraqi People’s Protection Units (PMU-a.k.a. Hashd al Shabi), Shiite militia forces in Iraq.

Iran has built up its regional deterrence and de-stabilization capacity in two areas in addition to its conventional military capacity since 1979: (i) long-range missile technology and (ii) mobilization of influence over the Shiite militias in other countries. Both keep any existing or emerging threat away from Iranian territory. Apart from the missile technology, Iran’s mobilization and militarization of Shiites in Iraq, Yemen, Lebanon, Syria, Bahrain and Afghanistan has been regarded as its most effective regional deterrence method. The Quds Force is the Iranian military apparatus to bridge potential Shiite militia capabilities with Iranian security and political agenda. The interactions between Iran and the Shiite militias were seen in Iran-Hezbollah solidarity in Lebanon, Iranian-Houthi solidarity in Yemen, Iran-Hasd al-Shabi solidarity in Iraq, Iran-Hazara/Afghan Shiite solidarity in Afghanistan, and Iran-Regime solidarity in Syria. Qassem Soleimani was the most influential figure in connecting the Shiite peoples in different countries through a militarized agenda.

Qassem Soleimani acted as military advisor to Bashar al-Assad and as a field commander in fighting against the Syrian opposition forces during Syrian Civil War since 2011. Soleimani and his militia forces played an active role in seizure of Aleppo, Homs and southern Idlib. Qassem Soleimani and Shiite militias took credit for protecting Erbil and Baghdad and for capturing Mosul from Daesh (ISIS). Iran and the United States were fighting in the same ranks against Daesh in Iraq between 2014 and 2017. The cooperation between the US Air Force and Iranian backed ground forces resulted in the defeat of Daesh in Iraq. This was assumed as a de facto recognition of Iran’s expansion into Iraq. Qassem Soleimani also pushed Iranian expansionism into Yemen militarily by supporting Houthi rebels in Yemen against a Saudi Arabian intervention in 2015. This was during the time when the US and its allies were busy fighting against Daesh in Iraq and Syria, and the violence of the Syrian Civil War was at its peak. Soleimani was also an influential figure preventing the Kurdish Regional Government’s (KRG) claims to independence in northern Iraq. He is believed to have convinced the Patriotic Union of Kurdistan (PUK) to stay neutral when Central Iraqi forces took control of Kirkuk in October 2017, and also warned Kurdish leaders before the Iraqi attack that: “Abadi has all the regional powers and the West is behind him and nothing will stop him from forcing you to return back to the mountains if he decides so.”

Although the US forces worked with Shiite militias in fighting against Daesh in Iraq, the Iranian general behind the militia’s power became the primary target after the common threat of Daesh was eliminated. The US feared that Iraq was slipping away from US influence into an Iranian orbit. Unlike US policy towards Iran during the Obama era, the Trump administration acted more aggressively by abandoning the Iran Nuclear Deal in 2018 and sanctioning Iran in 2019. US actions provoked Iran to act aggressively turning the course of mutual aggression into a race for escalation.

Iranian actions escalating the situation in Persian Gulf and beyond are as follows:

US actions escalating the situation in the Gulf and beyond are as follows:

The US has seized supremacy of escalation from Iran, and Iran is now expected to act in retaliation rather than with proactive measures. Iran has many asymmetric options to fatally complicate US escalation decisions. The US fears that Iran will avenge the killing of Qassem Soleimani through some clandestine or missile actions. The US alerted its embassies and military bases in Iraq, Bahrain, Pakistan, Lebanon, UAE, and Kuwait. The US already sent around 500 troops to Lebanon, 100 troops to Baghdad, 750 to Kuwait, and 3500 more are on their way to bases in the Middle East.

The US-Iran showdown will definitely cause further destabilization of Iraq and cause a larger rift between Shiites, Sunnis and Kurds. This may result in permanent government problems in Iraq that may lead to a de-facto division of the country. In the absence of Sunni and Kurdish MPs, the Iraqi parliament voted on January 5, 2020, to authorize the Iraqi government to end the security agreement with the US and end the presence of foreign troops. In addition, Shiite cleric Muqtada al-Sadr issued a statement on the same day demanding the closure of the US embassy; the immediate end to the security deal with the US, the closure of US bases in a humiliating way, the protection of Iraq be handed to the resistance militias, and the boycott of US products. Although many of these demands are not realistic to implement, the Shiite presence in Iraq would make aggressive position against the US likely. On the other hand, the Syrian Regime may be added to the losers due to the loss of an influential military advisor and field commander of the Syrian Civil War. Moreover, US and Israeli airstrikes against the Shiite militia positions are expected to gradually increase.

Turkey will possibly be influenced positively by the crisis between Iran and the US. The US military’s use of Turkish airspace for its re-supply mission in the Middle East suggests that while the US is actively confronting Iran, Trump won’t take any action against Turkey in terms of the latest congressional sanctions against Turkey’s role in Libya. If the U.S. is expelled from Iraq, the central Iraqi government will look to Turkey as a security and defense partner while the KRG will also look more to Turkey as security provider. In such scenarios, Turkey can deepen its military operations against the PKK and try to mediate between Iran and the U.S. This may also help Turkey-U.S. relation recover.

The KRG and Israel could be counted as the opportunists. In the midst of the Iraq-US tension, the KRG may attempt to gain more sympathy for its independence cause from the US. . If this happens, a stronger public opinion could be molded to argue that the Kurds are one of the few allies of the US in the region. The Kurdish MPs’ boycott of voting in the Iraqi Parliament is also illustrative of the KRG’s strategy for leaning towards US support. On the other hand, Israel is expected to join the US’s air campaigns against Iranian and Shiite militias’ positions in Syria and Iraq in order to confront and eliminate the Iranian influence there. Another possible scenario is that Israeli-U.S. solidarity may evolve into direct action against Hezbollah in Lebanon.

The consequences of American and Iranian escalations were expected to vary from further threats against Iran by the US -in case of Iranian retaliation of Soleimani- to the Iranian declaration ending its nuclear deal commitments. He latter has already happened. However, the consequences of the killing of Soleimani can pave the way for further conflict amongst the losers, winners and opportunists in the region with the involvement of other regional and global actors in Middle East.