Turkey seeks to encourage the production and consumption of renewable energy sources in order to decrease dependency and risk from using fossil fuels. The goal is to increase the share of renewables to at least 30 percent in the production of electricity. 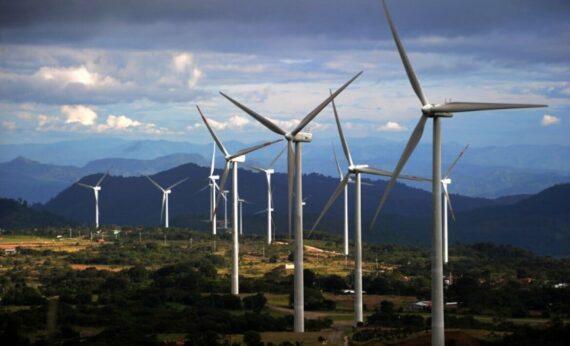 After the first oil shock in 1973, the importance of energy was understood better by individuals and institutions. In the following decades, countries have started to diversify their energy resources and use alternative energy sources. Specifically, energy importing countries have embarked on a quest for sustainable energy. In the 2000’s, seeking alternative energy resources accelerated and studies on renewable energy have also increased in the world.

SecurityBy Mustafa Caner
In Turkey, as well as in the world, improvements in the field of renewable energy have been drawing attention for 15 years. Turkey is importing three-fourths of its energy from other countries. This means that Turkey’s foreign energy source dependency is about 70 percent. In 2020 it is predicted that this will be 80 percent. When considered from this point of view, it is a necessity for Turkey to diversify its energy sources to decrease its energy dependency.Besides this dependence on an unreliable energy source, the high share of energy in imports puts a lot of pressure on the economy of Turkey, and increases the current deficit of the country. The imported natural gas and oil are adequate for a large part of the energy needs in Turkey. However, in the long term, local energy production should be increased to decrease the foreign energy source dependency. Renewable energy is a good opportunity for Turkey because the country has an important location in terms of its renewable energy potential. Moreover, Turkey can utilize almost all known renewable energy sources, such as solar, wind, geothermal, hydro, wave and biomass.Today, renewable sources constitute nearly 34 percent of total energy generating capacity in Turkey. Hydropower has the majority of this ratio, whereas solar power has the minimum share. Energy production through renewable sources is growing fast globally, and in this manner, Turkey has a requirement to improve its own capacity in the modern renewable sector. For that purpose, in parallel with targets set by the government and private sectors, the potential of renewable energy is evaluated and investments are made.In 2015, investments in the field of renewable energy totaled 1.9 billion dollars in Turkey and this amount is increasing gradually. In 2002, Turkey’s installed power capacity was 12,277 MW, and it increased to 15,550 MW in 2009, and 32,275 MW in 2015. By the last quarter of 2016, the installed power capacity was 33,352 MW.

Under its National Renewable Energy Action Plan, Turkey is aiming to increasetotal capacity from renewables to 61,000 MW by 2023. 34,000 MW of this total installed capacity will be composed of hydropower; 20,000 MW of wind power, 1,000 MW of geothermal, 5,000 MW of solar and 1,000 MW of biomass energy. The total predicted cost of this goal is nearly 60 billion dollars.

In light of these targets, the share of renewable energy (excluding hydro) in electricity production is planned to be 30 percent in 2023. Although this share is only 10 percent today, the annual growth rate shows that the targets for 2023 may be achieved. The predicted electricity demand for Turkey is going to double by 2023. Under this assumption, the target of a 30 percent renewables share in total electricity generation is going to be a necessity for Turkey.

With electricity demand doubling in Turkey by 2023, the use of local, renewable and alternative energy resources should be encouraged by the government. This is very important for countries like Turkey in order to decrease foreign energy dependency.

Turkey is a suitable place for using almost all of the renewable energy sources in terms of its geographical location as well as geological structure, and the government has noticed this. On the other hand, technological improvements in the field of renewable energy need to be considered as soon as possible. In addition to this, there are financial constraints in the way of increasing production from renewable energy sources. To overcome these difficulties, the government has developed a number of policies, including a guarantee of a fixed price, investment incentives, support from important international institutions, financial guarantees for renewable energy projects, advisory support, and a tax exemption for bio-fuels.

For the upcoming period, Turkey is following a multi-pronged approach in its strategy for renewable energy. Turkey seeks to encourage the production and consumption of renewable energy sources in order to decrease dependency and risk from using fossil fuels. The goal is to increase the share of renewables to at least 30 percent in the production of electricity. To do this, current production capacity from renewable sources will be expanded, and new sources such as bio-fuels will be encouraged in order to utilize more of the agricultural sector’s potential.

Meeting its energy needs will be crucial for Turkey to meet its broader 2023 goals, and this means the country needs to diversify its energy sources and encourage the use of renewable energy.