It should be stated that the manifesto is the most comprehensive and eye-catching document compared to previous election manifestos of the AK Party and other parties. 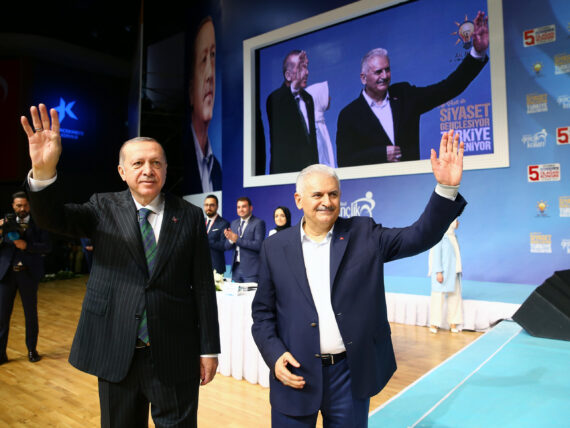 The AK Party announced both the party’s parliamentary candidates and election manifesto for the upcoming elections last week. Both the candidate list and the election manifesto were based on the understanding of “strong parliament, strong government” motto. Thus, these two texts complement each other in showing the codes of the new era in Turkish politics. Furthermore, the election manifesto of the party also reveals the path of democratic transformation and economic development under the new system.

When examining the deputy candidate list of the party, major changes in the current lists attract attention. As a part of rejuvenation efforts in the party, 149 of the current AK Party deputies were not re-nominated. Contrary to the re-nominated 21 ministers, 5 ministers (Mehmet Simsek, Nihat Zeybekci, Naci Agbal, Faruk Ozlu and Omer Celik) did not find a place on the lists. This shows that President Erdogan is planning to make significant changes in his cabinet because ministers cannot be selected among deputies according to the new presidential system. Additionally, the list consisting of prominent names of the party’s leading cadre indicates that the parliament will continue to be a dominating power in the new system.

The other eye-catching aspect of the candidate list was the presence of a considerable number of female candidates. There are 126 female candidates, consisting 21% of the AK Party’s list. This data shows that the party aims to increase the number of female deputies compared to previous terms. Indeed, whether male or female, all nominated candidates were selected according to their previous performance in their electoral districts and their attendance record in parliament as President Erdogan stated.

There are 126 female candidates, consisting 21% of the AK Party’s list. This data shows that the party aims to increase the number of female deputies compared to previous terms.

When it comes to the election manifesto, it can be stated that the party is thinking ahead to plan the next term. Beyond the previous 2023 target, the party settles a long-term vision for Turkey towards 2053 and 2071. The election manifesto consists of eleven chapters and contains the details of both ongoing and 146 future projects in a comprehensive manner. Future projects were especially evaluated in the party program in detail. Among these 146 projects, there are the establishments of new nuclear power stations, new airports, highways, and high-speed trains; realizing new defense projects; establishing new green zones such as a huge city park in place of the Ataturk Airport; and the digital transformation of traditional sectors.

In addition to these projects, the manifesto emphasized further future plans to provide the economic and democratic transformation of Turkey. In regards to strengthening the Turkish economy, it is stated that the independence of the Central Bank will be maintained and instruments for currency liquidity will be applied. Furthermore, the mechanism and incentives to control the foreign exchange risk will be provided to firms and the free-market economy in Turkey will be strengthened.

To raise the democratic standards and consolidate its democracy, the AK Party promises to take new steps. Granting legal status to worship houses of Alevis (Cemevi) is one of them.

One of the most significant features of the election manifesto was on the democratic transformation of Turkey in the new era. In the manifesto, it is stated that Turkey will not make any concessions from high democratic standards and continue to show efforts to consolidate its democracy. In conjunction with this aim, a lot of new steps are promised to be taken. For instance, worship houses of Alevis (Cemevi) will be granted legal status in the new era. This commitment shows that the party will be focused on solving deep-rooted and structural issues to remove the obstacles in front of Turkey’s democratic transformation. Because of this reason, it should be stated that the manifesto is the most comprehensive and eye-catching document compared to previous election manifestos of the AK Party and other parties.