Rohingya Refugees say ‘No’ to Repatriation: Is Turkish Aid the Reason?

Turkish aid has nothing to do with the Rohingya refusal to repatriate. It is in fact Turkey’s commitment to the Rohingya people at the international and local level that provides an important source of hope. 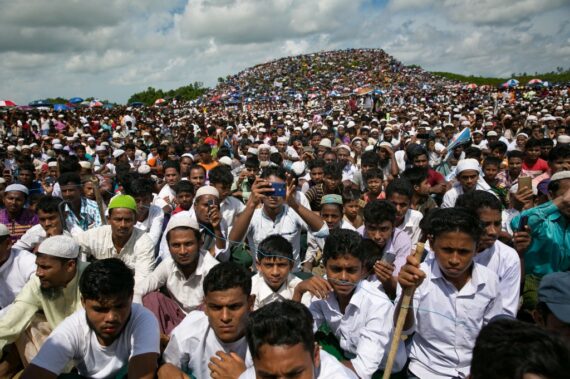 Rohingya refugee during a ceremony organized to remember the second anniversary of the Rohingya crisis on August 25, 2019 in Cox Bazar Getty, Bangladesh. Images

The first group of Rohingya came to Bangladesh as refugees in the 1970s. But after the 1982 Myanmar Citizenship Law was passed, which denied citizenship to the Rohingya even refusing to use the name “Rohingya”, instead referring to them “Bengali”, an irregular Rohingya diaspora began to grow. But the most horrible and tragic exodus of Rohingya refugees occurred in 2017 when the Myanmar Army and ultra-nationalist Buddhists began mass persecution of the Rohingya in Myanmar’s Rakhine State. Hundreds of thousands of Rohingya walked hundreds of miles through jungle and bush to reach Bangladesh, a safe haven. Camps were put up for them in Cox’s Bazar, the border district with Myanmar. Local people along with the whole country received them warm-heartedly. Humanitarian aid both domestically and internationally came pouring. My family itself like many others, sent a truck load of daily necessities to the camps. But, when Turkey’s First Lady Emine Erdogan herself visited the camps with a retinue of high-ranking officials, a new door opened for humanitarian aid that transcended the efforts made by all other countries or their affiliated NGOs working in the Rohingya camps.

The Turkish first lady Emine Erdogan visited the Rohingya Camps on 7 September, 2017 amid heightened global attention on the Rohingya crisis. She promised ongoing humanitarian help and also advocated this issue to the UN. It was to fulfil her promise of ongoing commitment to the Rohingya that the then Turkish PM Binali Yildirim came to Bangladesh in December of that same year to visit the camps. From then, four Turkish charity organizations—AFAD, TİKA (Turkish Cooperation and Coordination Agency), Türk Kızılayı (Turkish Red Crescent) and TDV (Turkiye Diyanet Foundation) —have been working restlessly on the ground. A government report by Turkey published in 2018 stated that the amount expended by these four Turkish humanitarian agencies from 2017, outnumbered $11.260.000 (TL 42.788.000). They have built extensive accommodation such as the Emir Sultan village, and set up clinics to provide emergency medical treatment among other achievements. As a result of their tremendous work, they were able to provide assistance to almost 700,000 Rohingya Refugees, 63.64% of the total refugees.

It has been a little over two years since 2017. Talks about the repatriation of the Rohingya started around August, 2018 and moved slowly. The first group of 3,540 people selected for repatriation was to return this August, 2019, but it never happened. Days afterwards, there was a mass rally attended by hundreds of thousands of Rohingya to demonstrate their unwillingness to return. It was in this very rally that they published a list of demands to be met before considering a return to Myanmar. The list talks about Myanmar citizenship, security and also accountability for the crimes that were committed against them. But this move by the Rohingya was not well received by both the government and the local community.

Just after this huge protest, the Bangladeshi government proscribed the activities of 41 NGOs who financed and helped to organize the event. It immediately halted all transactions made by those NGOs. A further ban of two other NGO’s followed. It is clear that the government of Bangladesh now considers the Rohingya as a threat. Tensions are also rising in local communities about the long-term impact of the presence of Rohingya refugees. In an ordinance, the government asked phone operators to halt their services because of fears that criminal activity can occur inside the camp due to its limited surveillance. And some recent incidents of violence including murder strengthened this suspicion. Locals fear that one day the Rohingya will take over their jobs and kick them off their own lands. But this very idea of ‘being taken over’ is nothing but propaganda spread by some mainstream media. The most surprising part of this propaganda is that it also includes Turkish humanitarian aid as a reason for the Rohingya’s refusal to repatriate.

However, Turkish aid has nothing to do with the Rohingya community saying no to repatriation. No one wants to live in a foreign land dependent on the goodwill of others. They only do so if their life is threatened at home. When the Rohingya fled Myanmar in 2017, most of them lost one or many family members to the violence perpetrated by the Myanmar’s military and Buddhists terrorists. Their homes were torched, so many left with literally nothing. When a country like Turkey provides humanitarian assistance to help refugees live with basic human rights and dignity, it is understandable if many wishes to stay when the alternative is much more frightening and uncertain.

Turkey has already played a big role in the Rohingya issue. In November, 2018, it presented a resolution at the UN that spoke about the issue of repatriation and urged the UN to take action to end the Rohingya crisis. The resolution was approved by a vote of 142-10. Of the ten countries that voted against this resolution, China, a close ally of Myanmar, was one of them. Turkey has also been at the forefront when it comes to humanitarian aid at the Rohingya camps. It has built mosques, schools, clinics, wells for potable water and provided daily necessities. But, this was for the sake of meeting the immediate needs of Rohingya refugees and in no way, was aimed at encouraging them to stay in Bangladesh long term. Turkey has advocated for the right of the Rohingya to repatriate at the UN and in foreign platforms, and at senior level meetings with various foreign ministers.

A long-term solution to assist the Rohingya refugees is necessary as soon as possible. Bangladesh has very limited resources to help them if, in near future, the aid organizations working to support the Rohingya withdraw their resources. And with every passing day, the Rohingya population is increasing, meaning that they will need more land, and that means more forests would be cut to accommodate them. As deforestation is already rampant to meet the fuel needs of the Rohingya, deforestation issues should be prevented as a priority. There is also the rising tension between local Bangladeshi and Rohingya people who are competing for limited resources. So, it is better to have a long-term solution before the situation gets out of control. In this case, China has an important role to play. China currently stands with Myanmar in its role on the Rohingya issue. But China needs to force Myanmar to find a long-term solution. So, while it can be said with conviction that Turkish aid has nothing to do with the Rohingya refusal to repatriate. It is in fact Turkey’s commitment to the Rohingya people at the international and local level that provides an important source of hope. 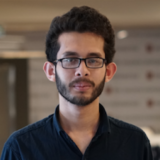