The disappearance of Jamal Khashoggi is a landmark event that may have the potential to reset Saudi Arabia’s relationship with regional and international actors. 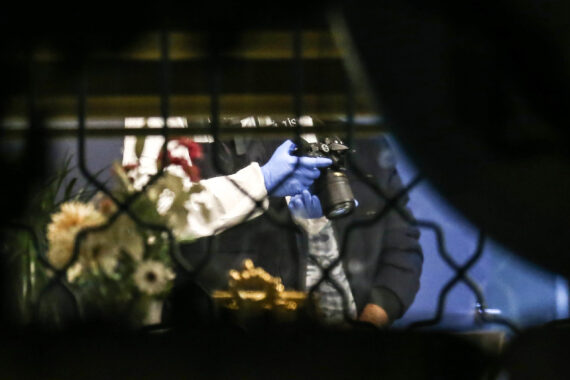 A Turkish crime scene investigation team member inspects the scene at the Consulate General of Saudi Arabia in Istanbul, Turkey after the start of a joint probe of the case of missing journalist Jamal Khashoggi on October 15, 2018. Anadolu Agency

The disappearance of Jamal Khashoggi after entering the Saudi consulate in Istanbul has become an issue of global reach. It was initially thought that the incident would become a source of tension between Saudi Arabia and Turkey. However, with the involvement of the U.S. administration, the issue has actually become source of discontent between Riyadh and Washington. In addition to calls made from Turkey and the international community, calls from Europe and the U.S. have exerted increasing pressure on Saudi Arabia. The main reason for this is the existence of strong accusations that the Riyadh administration may have been responsible for the disappearance of Khashoggi.

Jamal Khashoggi was one of the leading intellectual figures of Saudi Arabia. This is one of the main reasons why the issue has attracted global attention. Although he pursued a critical stance, Khashoggi has always been in close contact with government circles within the Saudi regime. He was considered as one of the “living memories” of the Saudi state. He served as an advisor to Turki Al-Faisal, who served as the head of Saudi Arabia’s intelligence service for many years.

By taking measures through the U.S. and Turkey, Saudi Arabia is trying to resolve the issue with minimum damage to its current position. Turkey is directly involved within the Khashoggi case, as the event took place in the Saudi consulate in Istanbul. So, Turkey has also felt pressure as a result of Khashoggi’s disappearance. Although the event took place in a diplomatic mission, it has also challenged Turkey’s regional and global image as a safe haven for dissent throughout the Arab world. In recent years Istanbul has increasingly become a safe place for opposition figures from oppressive regimes of the Middle East, particularly from Syria and Egypt.

Despite the seriousness of the event, Ankara has not yet taken a direct position against Saudi Arabia. The importance of good relations and strategic cooperation in different areas between the two countries has forced both governments to take a cautious stance against each other with regards to the Khashoggi incident. Ankara wants to avoid confrontation with Riyadh and has included the international community in the process of determining what has happened to the Saudi journalist. By doing so, Ankara has shared the burden of its responsibility with the international community. In addition to Turkey’s efforts, Saudi Arabia has also acted in a way not to damage relations with Turkey.

The U.S. is another actor within the Jamal Khashoggi case, for two particular reasons. First, Khashoggi was a resident columnist for one of the leading U.S. newspapers, the Washington Post. He was living in the U.S. with a residence permit from the authorities. Khashoggi was also one of the most respected Arab journalists in the U.S. and Europe, with a solid network in the press and academia. Therefore, his disappearance has drawn a huge reaction from American and European intellectual circles. The U.S. administration has not been able to remain silent in the face of the call for clarification of the issue.

It can be said that the disappearance of Jamal Khashoggi is a landmark event that may have the potential to reset Saudi Arabia’s relationship with regional and international actors. The international community will continue to pressure Riyadh to resolve the issue and to punish those who are responsible. The result of the investigations will determine the positions of regional and global actors towards Saudi Arabia.