Saudi General Consul on the run

Saudi Arabia’s Consul General in Istanbul – Mohammad al-Otaibi – left Turkey on October 16, amid the ongoing investigation on the missing journalist. 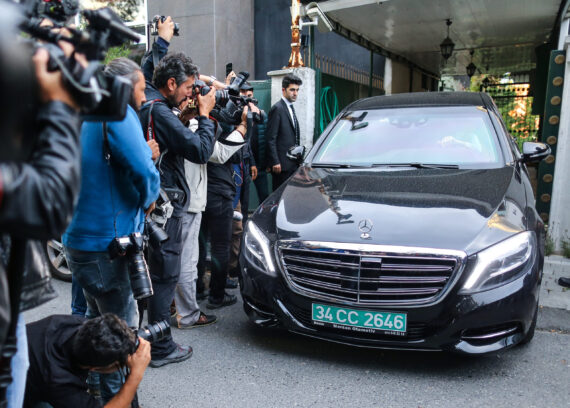 The case of Jamal Khashoggi has been rocking the international agenda since his disappearance on October 2.

After the joint letter from the U.K, France, and Germany, urging Saudi Arabia to provide a sufficient explanation with evidence, the United Nations Human Rights chief Michelle Bachelet called for the lifting of the immunity of consulate workers in the Saudi Consul General in Istanbul.

In a statement, Michelle Bachelet said, “In view of the seriousness of the situation surrounding the disappearance of Mr. Khashoggi, I believe the inviolability of immunity of the relevant premises and officials bestowed by treaties such as the 1993 Vienna Convention on Consular Relations should be waived immediately.”

Underlining that both forced disappearances and extra-judicial killings are serious crimes under international law, Bachelet added, “immunity should not be used to impede investigations into what happened and who is responsible.”

Echoing the statements made by European countries and the wider international community, Bachelet urged for the Saudi authorities to reveal what happened to Khashoggi after the entered the consulate.

Following this statement made by the UN human rights chief, Saudi Arabia’s Consul General in Istanbul – Mohammad al-Otaibi – left Turkey on October 16, amid the ongoing investigation on the missing journalist.