Many of the conservatives in the kingdom see the 32-year-old prince’s liberal policies as counter to their traditional Islamic ideology of Wahhabism, which so far has been the state ideology. A number of conservatives and clerics, who till now wielded immense power, have reportedly been told to remain quite. 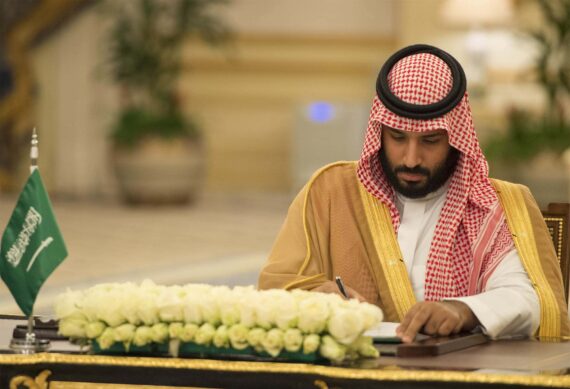 For the first time in recent Saudi history a number of ministers were sacked and 11 princes were arrested during the mid-night raids on Sunday – just another surprise by the young Crown Prince Mohammed bin Salman in a bid to consolidate his powers.

The move is said to be triggered by a new anti-corruption committee. Though without any legal charges, the given reason for this move was a clampdown on corruption.

The arrested and sacked include some of the most prominent businessmen and ministers of the family such as Prince Al-Waleed bin Talal, a billionaire who owns an investment firm, Kingdom Holding. Prince Al-Waleed is the 50th-richest person in the world, with a $19 billion fortune according to the Bloomberg Billionaires Index. He has investments in international companies including Citigroup Inc and Apple Inc. He bought his own A380 superjumbo jet in 2007, planning to kit it out as a “flying palace.” He was a vocal critic of Donald Trump during the US presidential election last year. A minister Prince Mitaab bin Abdullah, the head of the National Guard, and Adel Faqih, the economy minister, include the bunch of sacked ministers. Fahad al-Ghafli replaced Abdullah al-Sultan as commander of the Saudi navy.

The move and the current circumstances can have unprecedented implications for Saudi Arabia and the wider Middle Eastern region as it coincides with the many events: first, resignation of the Lebanese Prime Minister Saad Hariri. Hariri cited Iranian meddling in Lebanese internal affairs as reason for his resignation, which drew a strong reaction from Iran and Lebanese pro-Iran militia group, Hezbollah. Second, an airport in Riyadh was targeted by Yemeni Houthi rebels, who are backed by Iran. According to the Saudi Ministry of Defense, the missile was intercepted over northeast Riyadh. Saudi Arabia, while accusing Iran for the Houthi missile attack, described it as a potential “act of war.”

Amid the heightening crisis in Saudi Arabia’s neighborhood, war in Yemen where Saudi Arabia has been involved for the past two years, and the Syrian civil war where Assad, backed by Iran, is gaining back his ground, this high-profile crackdown has triggered a series of speculations about Saudi Arabia’s internal stability.

Many of the conservatives in the kingdom see the 32-year-old prince’s liberal policies as counter to their traditional Islamic ideology of Wahhabism, which so far has been the state ideology. A number of conservatives and clerics, who till now wielded immense power, have reportedly been told to remain quite.

Meanwhile in an unelaborated incident Prince Mansour bin Muqrin, along with seven others, died in a helicopter crash in the southern province of Asir. Mansour was the son of Prince Muqrin bin Abdulaziz, a former intelligence service director and a one-time crown prince of the kingdom. Prince Muqrin was removed as crown prince in April 2015 by King Salman bin Abdulaziz Al Saud to install Prince Mohammed bin Nayef, a counterterrorism head and interior minister.