Sean Penn arrived in Istanbul to shoot a documentary about the Washington Post journalist Jamal Khashoggi who was brutally murdered in the Saudi Consulate in Istanbul on October 2. 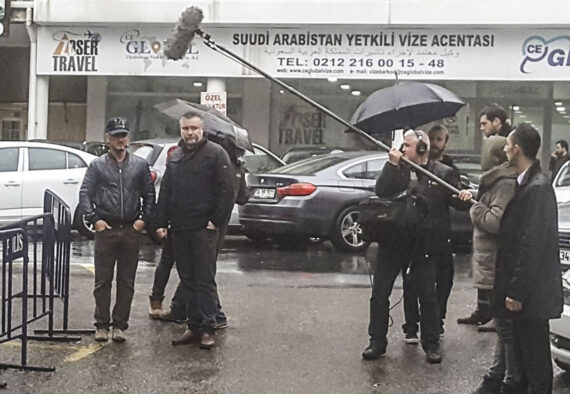 Sean Penn arrived in Istanbul to shoot a documentary about the Washington Post journalist Jamal Khashoggi who was brutally murdered in the Saudi Consulate in Istanbul on October 2.

Sean Penn has already begun filming a document about Jamal Khashoggi. His murder triggered an international outcry and has become an international political scandal highlighting the ‘dirty’ relations between the U.S. President and Crown Prince Mohammad bin Salman.

It has been reported that the Oscar-awarded actor, who is well-known for his political and social activism, took footage in front of Saudi Arabia’s consulate in Istanbul, where Khashoggi was murdered.

According to reports, Penn was accompanied by 10 people, including bodyguards and a production crew. The 58-year-old is continuing to work with a production team in the area.

It has been noted that the actor wants to meet Khashoggi’s Turkish fiancée, Hatice Cengiz, during his visit.

While it’s unknown for how long Penn will stay in Turkey for the documentary, he is expected to meet with officials in Istanbul and Ankara in order to obtain first-hand information.

Khashoggi was a vocal critic of the Saudi regime. After entering the Consulate on October 2, he disappeared. While the Saudi government first said that he had left the consulate alive, weeks after the international crisis emerged, they admitted that he was killed, and blamed a “rogue” team for the murder.