Internationally, Turkey can also revise its relations with NATO for a stronger position in the alliance. Traditional NATO policies over Turkey should be critically analyzed and alternative security alliances can be sought. At all dimensions, Turkey is capable of designing a perfect check and balance system. The current threat is not only the terrorism itself but also terrorist proxies within the state structure and regional security environments. 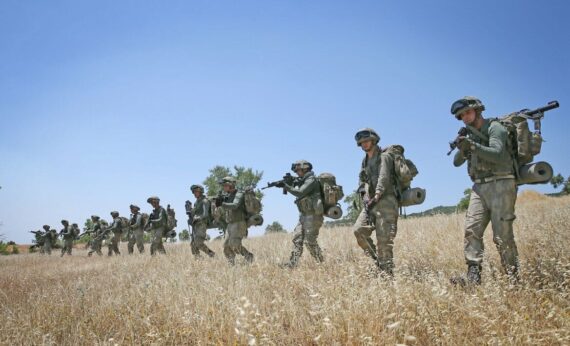 It was not only the Turkish Armed Forces (TAF) that the FETO terrorists infiltrated long before the coup attempt; some police chiefs and intelligence agents were also FETO terrorists, working within the Police Department and intelligence agencies when the junta takeover was attempted. The TAF seems to have been exploited the most among those security institutions and there is no doubt that a new reorganization process will start within it. In long term, the TAF will be subject to lustration, rehabilitation and reconstruction periods for a complete reform. With that said, the security threat that Turkey faces is multiple. Clearly, security concerns have also expanded in different dimensions – domestic, regional and international – under the effect of multiple actors following the coup attempt.

WorldBy Fahri Yavuz
Domestically, the coup attempt has complicated Turkey’s fight against terrorism. The Turkish fight against terrorism has two fronts, and involves three terror organizations within Turkish territory. On the rural domestic front, Turkish security forces have been fighting against PKK terrorists for decades in eastern Turkey, and as a well-settled organization the fight against PKK is rather effective. Special Operation Units, which are composed of police, army special forces, and gendarmerie and village guards, have the initiative to carry out operations under the supervision of provincial governor offices. The good news about these units is that although a few military commanders and police chiefs in eastern Turkey did get involved in coup-related plots, the main body of the counter-terror forces seems to have no affiliation with supporting the coup. On the other hand, given the upheaval within the TAF, this composite force will be deprived of much of the aerial support it previously enjoyed in its rural operations. Considering the lack of sufficient reliable rural operational forces and close air support, these counter-terror forces should opt for surge strikes rather than major operations. Such quick military operations require precise human intelligence and should be carefully planned to strike only the intended targets in order to destroy the terror elements with the minimum chance of security casualties.The effective use of operational sustainability until the PKK’s rural elements return to their hideout in wintertime is crucial and will save time for the government and the security forces to pursue their reorganizing efforts. Special operation units and the army aviation elements are expected to carry on enormous efforts while suffering long period of rotations. These elements, together with more active village guards, should shoulder the burden of counter-terrorism during the reorganization period. The key rural locations in which the PKK are assumed to be active are Hakkari-Van-Sirnak and Diyarbakir-Bingol-Bitlis with its HPG terrorists, and the Tunceli-Gumushane-Giresun triangle with its HBDH affiliates. During the wintertime, the PKK is expected to engage in classical urban attacks such as assassination, intimidation, suicide- or vehicle borne improvised explosive (VBIED) attacks. Many more police SWAT operations supported by valuable intelligence are needed to foil the wintertime attacks.

On the urban domestic front, the PKK, DAESH and the DHKP/C are expected to be active in initiating armed attacks, particularly suicide or VBIED attacks, even before the wintertime. Security forces should watch over Adana and Mersin provinces with extra care for a potential urban attempt by the PKK. PKK affiliated TAK, and DHKP/C forces and DAESH should be targeted with more police operations in Istanbul and Ankara. More importantly, it was the people who were behind the success of ousting the coup attempt. A pseudo civil defense organization against any attempt threatening state and democracy is worthy of considering.

In the larger, regional dimension, Turkey should reinforce its relations with local actors in Syria and Iraq. Turkish security starts beyond its borders and a policy change toward Syria seems probable. Even if this policy conflicts with the interests of the USA, methodologically, the armed elements in Syria could be treated in the same way that the United States treats the PYD/PKK elements. More concrete international support for those pro-Turkey local actors in Syria should be considered. The local partners in Iraq also should be encouraged in fighting with the PKK on the basis of shared interests.

All of Turkey’s security circles found themselves surprised when the sophisticated weapon systems used by coup plotters took the streets of Ankara and Istanbul. According to logical threat assessments, the most powerful defense systems should be deployed to high risk areas, not clustered around the metropolises. Two of the most modern tank models in the Turkish Army inventory played a significant role in the attempted coup; the M60T and Leopard 2A4. The Turkish Army has four M60T battalions in total, and two of them are in Ankara and Istanbul, far away from the Syrian and Armenian border or eastern Turkey. Similarly, the Leopard 2A4 battalions are all located in Trace. Ankara hosts the Army Aviation School and Command, while Istanbul has an Army Aviation Regiment equipped with AH-1W helicopter gunships. Those units could be moved to eastern Turkey, specifically close to the Southeastern borders. Relocation of the units with modern weapon system should be undertaken immediately.

Internationally, Turkey can also revise its relations with NATO for a stronger position in the alliance. Traditional NATO policies over Turkey should be critically analyzed and alternative security alliances can be sought. At all dimensions, Turkey is capable of designing a perfect check and balance system. The current threat is not only the terrorism itself but also terrorist proxies within the state structure and regional security environments.