Whatever the current tensions in the political sphere are, Turkish society is not being torn apart on the basis of religion nor its politics. 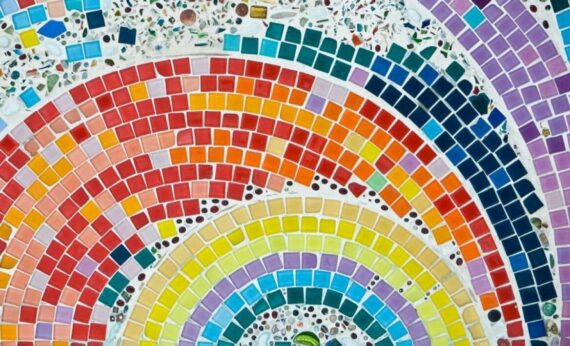 A brief look into the international and domestic media coverage on Turkey, as well as the academic debate, in recent years reveals a rather bleak picture of a country divided along several fault lines, namely the seculars vs. the conservatives, Turks vs. Kurds, and the Sunni vs. the Alawites. Among these, most of the attention has been given to the divide between the conservatives and the seculars although the recent terror attacks has brought the Kurdish issue to the forefront.

Many claim that the policies of the current governing party, the Justice and Development Party (JDP), and especially the rhetoric and style of its founder and the current president, Recep Tayyip Erdoğan, has divided the country into two camps: the conservatives who support him on one side and the seculars who oppose him on the other. The polarisation of Turkish society between these two camps is treated almost as a given both inside and outside the country.

The polarisation of Turkish society between these two camps is treated almost as a given both inside and outside the country.

Claims regarding the division of the Turkish society on the basis of adherence to Islamic values and practices are nothing new. Religion and its role in society and politics has always been a contested issue in Turkey. In the early years of the Republic, the westernisation process, especially some of the reforms initiated by the founding cadre, was met with a degree of societal backlash, which often drew harsh reactions from the state. Although the tension of those early days has subsided, the supporters of the founding ideology have always carried deep suspicions about religion and the conservative elements in Turkish society. When expounding on his ‘clash of civilizations’ thesis, Samuel P. Huntington claimed that Turkey has an internal clash of civilizations, and it is a ‘country torn’ between Western civilization and its rival Islamic civilization.

However, the rise to power of the JDP in 2002 and its continuing dominance in Turkish politics gave rise to more intense claims regarding the polarisation of Turkish society. In 2007, millions of secular Turks took to the streets to prevent the election of a conservative president, a position that was first held by the founder of the Republic, Mustafa Kemal Atatürk, and that was regarded as nearly sacred by many secular Turks. Again in 2010, during the constitutional amendment referendum, there was significant mobilisation and political tension between the secular opposition and the Government. Finally, in May and June 2013, the Gezi Park protests turned into a showdown between the government and the secular opposition. These protests received widespread attention outside the country and further inflamed the claims regarding the polarisation in society.

We previously assessed this claim, regarding whether social and political attitudes have become polarised in Turkish society.

We previously assessed this claim, regarding whether social and political attitudes have become polarised in Turkish society, in a study that analysed data from the period of 1990-2011, when conservative politics became more prevalent and the political scene was dominated by what we label as ‘the religiously-oriented political parties’. In this study, we used data from the World Value Surveys (1990, 2001, 2007 and 2011) and the European Value Surveys (2001 and 2009). The results of this analysis have been published in the journal Social Currents.

In doing so, we drew extensively from the ‘the culture wars’ debate in the US because of the similarity between the claims and the rigorousness of the methodology used by American social scientists to assess these claims. In the 1990s, some in the public debate claimed that American society was polarised between liberals and conservatives, which was akin to a ‘culture war’. In the early 1990s, political scientist James D. Hunter (1991) claimed that American society was divided between the ‘orthodox’ and ‘progressive’ camps, which rallied around issues such as abortion, gun control, and gay rights. During his famous speech in the 1992 Republican National Convention, presidential candidate Pat Buchanan declared that there was an ongoing war for the soul of America.

In the early 1990s, political scientist James D. Hunter (1991) claimed that American society was divided between the ‘orthodox’ and ‘progressive’ camps, which rallied around issues such as abortion, gun control, and gay rights.

In line with the empirical tradition in the American social sciences, academics approached the issue by developing measures of polarisation and testing their hypotheses with survey data rather than reaching conclusions based on circumstantial evidence, which was what was happening in the public debate in the US at the time, as well as what is happening in Turkey today.

In their seminal study, sociologist Paul DiMaggio and his colleagues defined polarisation in four dimensions: (1) if attitudes were becoming more dispersed than concentrated (the dispersion principle); (2) if attitudes were moving to separate modes (bimodality principle); (3) the extent to which opinions in one domain were dependent on opinions in other domains (the constraint principle); and (4) the extent to which individual characteristics and identities determined attitudes (the consolidation principle). When they explored these dimensions with survey data, they found no evidence of widespread polarisation between 1972 and 1994 except for views on the issue of abortion. Remarkably, they found increasing agreement on the issues of crime, racial integration, and women’s rights.

Although their methodology and findings drew some criticism, the academic research into the ‘culture wars’ debate showed that polarisation was limited to specific issues and debunked the myth of increasing division of American society into two camps based on religious conservatism. Similar claims still resurface from time to time in the popular discourse, but American sociologists seem confident that no such polarisation exists in the US.

There was some evidence that the differences increased in 2007, when political tensions were high, but these differences disappeared later.

Following this debate, we assessed the differences between the people who reported that they would vote for the religiously-oriented political parties (ROP) and those who reported a preference for secular-oriented political parties (SOP) between 1990 and 2011 in Turkey. The ROP category consisted of the three political parties established by Necmettin Erbakan, the father of conservative politics in Turkey, and his followers. We also included the current governing party JDP and the Grand Unity Party, which subscribes to what is known in Turkey as the Turkish-Islamic synthesis, to this category. The SOP category included all other political parties, including those of the center-right and the center-left, as well as the far-left and nationalist parties.

Any polarisation that was caused by those events did not have any lasting impact. Extrapolating from this finding, we expect that the Gezi Park protests will also not have a long-lasting effect.

To sum up, whatever the current tensions in the political sphere are, Turkish society is not being torn apart on the basis of religion nor its politics. As in the case of the ‘culture wars’ debate in the US, the popular claims based on circumstantial evidence cannot and should not be used to make overreaching claims about society. Some may argue that the Gezi Park protests of 2013 changed the societal dynamics significantly and created polarisation that has not been seen before. Unfortunately, our analyses did not cover the most recent period, as the relevant data are not available. However, similar claims were made during and after the 2007 protests. Any polarisation that was caused by those events did not have any lasting impact. Extrapolating from this finding, we expect that the Gezi Park protests will also not have a long-lasting effect. Also, we are in the process of planning for a data collection effort of our own in order to assess the current situation. We will be happy to utilise any secondary data that becomes available as well.

Yunus Kaya holds a BA degree in Sociology and International Relations. He received his PhD degree in Sociology from the Duke University in 2007 with a dissertation titled “Globalization, Industrialization and Social Class in Less Developed Countries, 1980-2005.” His research and teaching interests include political sociology, social inequalities, research methods, globalization and development.

Lutfi Sunar is Associate Professor of Sociology at Istanbul Medeniyet University, Turkey. He is the author of Marx and Weber on Oriental Societies, the co-editor of Eurocentrism at the Margins and Social Justice and Islamic Economics, and the editor of Debates on Civilization in the Muslim World.