‘Soft power’ as a tool against the rise of Islamophobia

When asked about recent tensions in the Middle East, Kurtulmus said, “There is a big game in the region. A century-old system is trying to be revived; the region is being partitioned into smaller areas.” 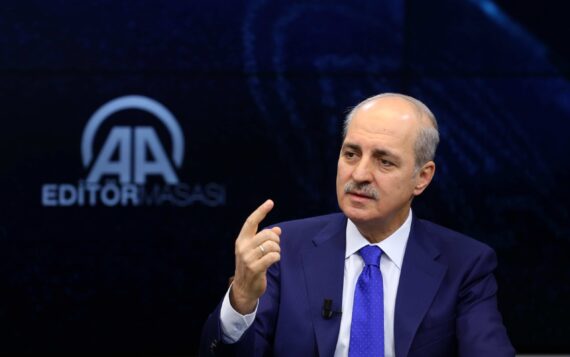 Speaking to the Anadolu Agency’s Editors’ Desk in Ankara on Thursday, Culture and Tourism Minister Numan Kurtulmus stated that Turkey will use its “soft power” in order to fight against the rise of Islamophobia and anti-Turkish sentiments across the world.

“There is an intensive Islamophobic and anti-Turkish sentiment in the world. Propagations such as: ‘Don’t go to Turkey, Turkey is a dangerous country’ are being created directly in order to affect Turkey’s tourism.”

“Turkey will use its culture and tourism against Islamophobia and anti-Turkey sentiments as two important instruments of its soft power.”

Addressing how far-right discourse increases the rise of terrorism, the Minister claimed that it would be difficult to prevent terrorism “unless the understanding that promotes terrorism is stopped.”

While urging for “sincere international dialogue” to address the issue of terrorism and calling for an end to “proxy wars” in the Middle East, Kurtulmus stated that “No state benefits from terrorism.”

Referring to the recent terrorist attack in New York, which claimed 8 lives, the Minister said: “Terror has become international in terms of its targets and sources.”

“If you ask where the safest city in the world is, then even that city [termed as the safest] is a terrorism target.”

Middle East as a historical project

When asked about recent tensions in the Middle East, Kurtulmus said: “There is a big game in the region. A century-old system is trying to be revived; the region is being partitioned into smaller areas.”

“Turkey is the only country that can stop this game, both in terms of its power and political stability,” the Minister added.