The newly established Turkish SWF seems to have a historical chance to become a good example not only for other SWFs but also for the whole finance industry. The same goes for other similar SWFs to be started hereafter. 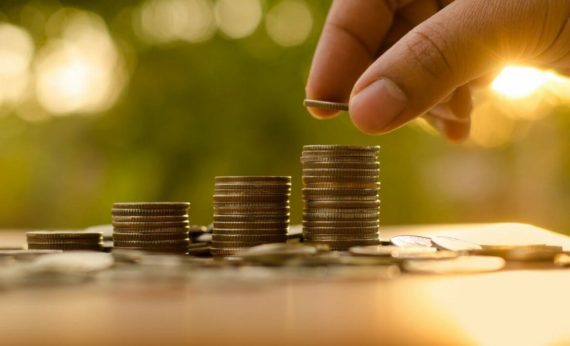 There seems to be no universally applicable definition of a sovereign wealth fund (SWF), and the SWF industry is made up of a heterogeneous class of funds, often shaped by the individual needs and conditions of the originating countries. However, against the background of the existing funds that are widely classified as SWFs, a sovereign wealth fund can be defined as an investment fund where:

The source of capital for a SWF is typically one or more of the following national assets:

Historically, SWFs may have been founded for diverse purposes but the current SWF landscape seems to cover the following as purposes of SWFs: 1) “Stabilization” and reserve management (that include fiscal stabilization by managing investments of budget and trade surpluses, financial price stabilization through market-making against disruptive cross-border money flows and excess volatility in financial markets, and management of excess reserves at central banks, where excess means beyond the amount needed for monetary policy and stabilization), 2) growth of equity capital and markets through management of “savings” for inter-generational wealth transfer, 3) and finally economic “development” through investment in strategic sectors and assets.

Among many, the IMF’s definition of SWFs is closest to the above definition. According to the IMF, there are five categories of SWFs: 1) stabilization fund; 2) savings fund; 3) development fund; 4) pension reserve fund, and 5) reserve investment company. However, these categories need not be mutually exclusive.

While SWFs have existed since 1970s, the SWF industry has grown considerably only after early 2000s. During the period, total assets under management (AUM) by SWFs have grown from less than $1 trillion before 2000 to about $7.4 trillion in 2015 and about two-thirds of the 78 SWFs today have been established since 2000. As such, the growing importance of SWFs is a relatively new phenomenon. Today, the current value of AUM can be estimated at around $7.8 trillion and it is expected to grow considerably in the foreseeable future. More than 80% of total AUM are held by the biggest 10 SWFs, most of which originate from emerging markets. The biggest SWFs (AUM, country of origin, source of capital, purpose) are shown in the following table:

Despite the fast growth, SWFs make up only about 7-8% of total AUM by institutional investors. As of 2015, the value of AUM globally is roughly estimated as $117 trillion with $100 trillion in conventional funds (39 in pension, 30 in insurance, and 30 in mutual funds)  and $16 trillion in alternative funds (7.4 in SWF, 4 in private equity, 2.4 in hedge funds, 2.6 in ETFs, and others). These figures exclude privately managed private wealth. AUM under SWFs is more than the sum of private equity and hedge funds but still make up a small portion of the total fund industry. For reasons to be mentioned below, the share of SWFs is expected to increase in the future.

It is to be noted that SWFs are not the only type of sovereign investment instruments. In addition to the $7.4 trillion in SWFs, there is also about $10.2 trillion in other sovereign investment vehicles such as development funds, commodity savings funds, reserve investment funds, pension reserve funds and government – owned companies. (This does not include about $11 trillion in official foreign exchange reserves outside of the SWFs.) There are huge public funds in the US and Europe that very much resemble the SWF format but yet not classified as such. It will not be surprising to observe these funds being re-structured as SWFs in the near future, possibly reaching a total AUM value of about $20 trillion. SWFs constitute a big financial market with significant potential impact on the allocation of investments globally.

It is estimated that around 55% of SWFs’ assets ($4.3 trillion) at the end of 2016 were from commodity revenues. The remaining $3.1 trillion were from non-commodity sources. Non-commodity funds have however grown at a faster rate since 2000 and this trend is likely to continue. As a case in point, the newly established Turkish National Wealth Fund falls in the latter group.

As of 2016, AUM by SWFs are 50% in public equities, 30% in cash and fixed income, and the remaining 20% in alternative asset classes such as private equity, hedge funds, and real estate. In recent years, the share of fixed income has been decreasing, and the shares of equity and real estate has been increasing. This trend may be explained by the increasing focus on long-term performance by SFWs and also by the low/zero interest rate environment in developed markets since 2009.

Although SWFs have become major players in global markets and their relevance is likely to increase further, the current state of the world and the “new difficulty” in predicting the future of politics imply three major issues facing governments and SWFs:

These issues can evolve into problems but they can also be turned into opportunities. Both for existing and new SFWs such as the Turkish SWF, the following recommendations are appropriate:

The newly established Turkish SWF seems to have a historical chance to become a good example not only for other SWFs but also for the whole finance industry. The same goes for other similar SWFs to be started hereafter.

Vedat Akgiray is Professor of Finance at Boğaziçi University.