Soylu: Almost 300,000 Syrians returned to their homes after Turkey’s operations

Speaking at the 2nd coordination meeting for the Combat Against Irregular Migration in Edirne during the weekend, Turkey’s Minister of Interior Affairs – Suleyman Soylu – stated that 291,790 Syrians have returned back to their homes after the Turkish military’s successful operations in Syria. 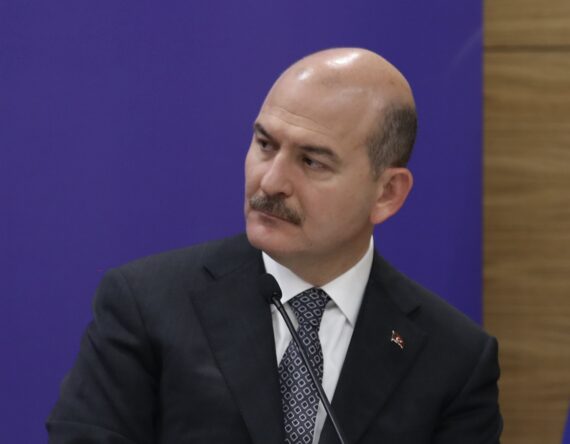 Speaking at the 2nd coordination meeting for the Combat Against Irregular Migration in Edirne during the weekend, Turkey’s Minister of Interior Affairs – Suleyman Soylu – stated that 291,790 Syrians have returned back to their homes after the Turkish military’s successful operations in Syria.

Soylu added that some of the Syrian refugees in Turkey are still trying to reach Europe and are risking their lives. He highlighted that the east of Turkey is the entry point for migration into the country and the west is the exit door for these migrants.

The minister remarked that the land border of 481km in the west of Turkey and the Aegean Sea are the most attractive points for illegal migration. According to the numbers provided by Soylu during the meeting, Turkish security authorities have arrested 251,794 illegal/irregular migrants and that this number has increased by 56% compared to the figure in 2017.

There are currently 4.5 million foreigners in Turkey and 3.6 million of them are under the status of international protection. Soylu underlined that Turkey is under serious illegal migration pressure coming mostly from Afghanistan and Pakistan.

Reminding the audience that migration accounts to the most important problem in the current era, Soylu stated that European countries are experiencing a serious crisis due to this problem: “The British Home Secretary resigned because of this problem. One of the main reason why the German government was in crisis is because of migration. This week, Belgium PM resigned after signing a migration deal with Morocco.”

Criticizing Europe’s incorrect approach to the problem of migration, Soylu remarked that the refugee crisis in Europe has also triggered racism and is giving a hard-time to European countries. “There is no recession in the German economy. In contrast, there is still an economic growth and prosperity of its citizens. However, the votes of the ruling party are decreasing. The reason for this, unfortunately, is racism, xenophobia, Islamophobia, and particularly the populist policies of governments due to the wrong analysis of the 21st century by the Western civilization.”

Soylu also spoke about the security measures that Turkey has taken against illegal migration in order to secure its borders. The minister mentioned that in addition to the observation towers installed at the borders, latest security system technologies are also being installed at the borders. He added that these technologies include smart observation towers without human, lighting poles with cameras and censors that signal any illegal trespassing with images sent directly to the mobiles of authorities.

Also criticizing the method of ‘push back’ applied by Greece, which is expelling migrants by force, Soylu stated that this method is unacceptable and against human conscience.