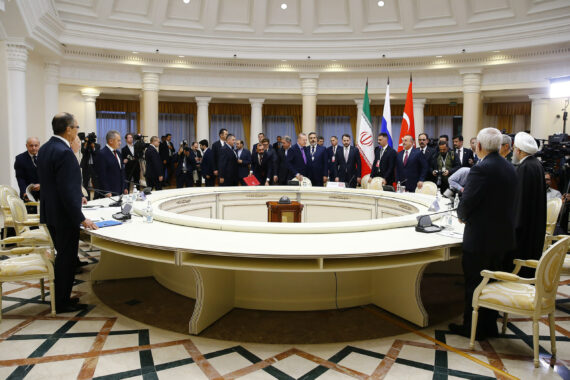 Russia’s RIA news agency reported on Monday that the Syrian National Dialogue Congress in Russia’s coastal city of Sochi has been postponed until February. The Congress was expected to come together in December.

The news agency RIA Novosti cited a diplomatic source who spoke on the condition of anonymity due to restrictions on talking to the media.

“Preparations for the congress are currently underway. It will not be held until January, most likely in February,” the agency said.

The congress would bring together the warring factions in Syria for peace talks. It was also planned to start negotiations for a new constitution.