Tensions rise as the referendum date gets closer: Northern Iraq

The referendum is due to take place on 25 September 2017. 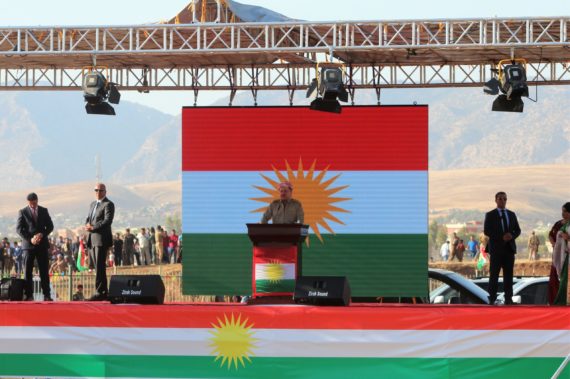 On 15th September, the Iraqi Kurdish parliament voted to hold an independence referendum planned by the Kurdish Regional Government (KRG), which is currently opposed by Baghdad, Turkey and the United States.

The resolution passed by an absolute majority with 65 out of 68 deputies in the chamber, while three MPs rejected the resolution.

The referendum is due to take place on 25 September 2017.

Ankara and Washington call for the suspension of the referendum

Both Ankara and Washington have urged the KRG to call off the independence referendum, on the basis that it will increase the isolation of Kurds in the region and will affect the fight against terrorist organizations.

Moreover, President Donald Trump has called for the KRG to engage in serious dialogue with Baghdad, which Washington “has repeatedly indicated it is prepared to facilitate.”

In attempts to persuade the KRG, US envoy Brett McGurk visited Masoud Barzani, leader of the KRG, in order to call off the referendum and to engage in a new diplomatic initiative.

Likewise, Turkish President Recep Tayyip Erdogan has claimed that the initiated referendum lacks reason and experience. In a statement made, he stressed that Turkey would not allow steps that would threaten Iraq’s territorial integrity.

The independence referendum carries importance for Turkey not only due to potential territorial changes in the region, but also in concern of its fight against the PKK, which is recognized as a terrorist organization by both the US and Europe.