For the March 31 elections, around 1.5 million first-time voters will go to polls. The figures indicate that young electorate demographics are on a gradual increase. This also shows that the Z generation has an increasing influence in shaping the political sphere. 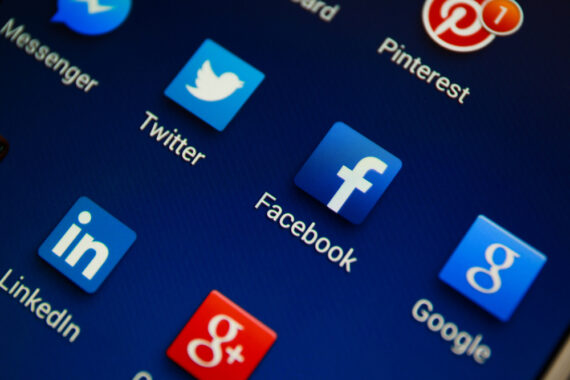 A new election campaign strategy has been brought to Turkey’s agenda in the run up to the local election on March 31. Even some practices of conventional election campaigns dating back to the May 14, 1950 elections seem to be replaced by new digital forms. In the near future, some practices that have so far been regarded as essentials of election campaigns will probably be abandoned or replaced with digital platforms. Some of these practices include decorating the streets with flags, hanging banners on walls, touring the streets and playing campaign songs of the candidates from party vehicles, and large-scale rallies organized in public squares. Turkey’s President and the AK Party Chairman Recep Tayyip Erdoğan’s call for the “digitalization of election campaigns” during the party’s provincial chairs meeting on December 6, 2018 has implicated the changes in this regard. This call also heralds an important transformation in terms of Turkey’s democratic political climate.

The AK Party’s campaign efforts are ongoing ahead of the March 31 election. The party will declare its election proclamation and manifesto on January 31. In his column published on January 3, daily Hürriyet contributor Abdülkadir Selvi stated that the AK Party would build its election proclamation on the “3C’s” principle, which stands for “clean society, clean environment and clean municipalities”. Besides, it is not very difficult to foresee that January 31 will be a milestone, triggering the focus on a re-electoral political communication campaign since Erdoğan’s slogan “municipal works from heart” has already appealed to the public.

Except for specified hours, playing loud election songs will be prohibited and party buses will not be able to tour the streets. The main purpose of this is to prevent noise pollution. There will also be a set of regulations for the decorations of party flags and banners in streets and public places.

On the other hand, viewing the present indicators, it is possible to say that the AK Party will base its campaign on three main stages just as it did in previous election campaigns. In the first stage, the activities the AK Party has so far undertaken will be relayed to the public; in the second stage, the public will be told of future planned activities; and lastly, a set of contents emphasizing national and moral values of the country will be shared to consolidate the emotional bond with the electorate. One of the leading features that will differentiate the upcoming election from the previous ones is that the amount of digital content in all stages of the campaigns will be increased.

Focus On a Digital Platform

In his speech on December 6, Erdoğan said that social media will be employed instead of conventional campaign activities, pointing to a new route for the AK Party that will spearhead the digitalization of politics.

Among the changes is the restriction of playing loud election campaign songs from party vehicles. Except for specified hours, playing loud election songs will be prohibited and party buses will not be able to tour the streets. The main purpose of this is to prevent noise pollution. There will also be a set of regulations for the decorations of party flags and banners in streets and public places. Erdoğan made it clear in his speech that flags can be displayed only near party offices and election coordination centers in order to avoid visual pollution. It is obvious that Erdoğan’s main motivation in introducing these two restrictions is to organize an election campaign that respects and shows care for people and the environment. The second aim is to avoid unnecessary expenses by intervening in a process that might result in extravagance.

For the March 31 elections, around 1.5 million first-time voters will go to polls. The figures indicate that young electorate demographics are on a gradual increase. This also shows that the Z generation has an increasing influence in shaping the political sphere.

The subject of digitalization in election campaigns underlined by President Erdoğan in fact concerns all the parties. In the presidential and parliamentary elections held on June 24, 2018, 1.6 million young people cast ballots for the first time. For the March 31 elections, around 1.5 million first-time voters will go to polls. The figures indicate that young electorate demographics are on a gradual increase. This also shows that the Z generation has an increasing influence in shaping the political sphere.  In a country like Turkey, which enjoys a great deal of public interest in democratic elections, the political parties must interpret the current picture carefully and design their plans accordingly. The route drawn by President Erdoğan for the AK Party is important since it is insightful on the changing trends stemming from a new generation that will steer politics.

In fact, the AK Party has been one of the leading political parties effectively employing the internet throughout election periods since the November 3, 2002 election. The AK Party has always been one step ahead in virtual platforms as its official website is kept active and updated and the campaign songs, banners and slogans are also shared on the website. In addition, standards for candidacy applications are announced online, along with examples for party members. The AK Party founded a digital office in 2015. Moreover, President Erdoğan met young voters virtually ahead of the June 24 elections, by attending a live Facebook broadcast. Undoubtedly, further examples showing the digitalization efforts of the party can be listed.

Erdoğan’s recent statement on the subject indicates that the party is setting the bar higher this time. The AK Party is currently in the quest for formulas that will enable the party to use its social media means more effectively. Some steps have already been taken to that end. To illustrate, throughout the nomination candidacy period of the upcoming local election, the AK Party developed a new e-application system and accepted applications through internet, introducing a new practice in Turkey.

Similarly, electronic surveys were conducted to assess which municipal candidates the party members would most likely support. The inclinations of the party members were quickly assessed thanks to this method. Also, the AK Party Deputy Chairman Mahir Ünal said: “We have also established a virtual headquarters and gathered our 1.5 million members; we determine the common rhetoric of our party in this platform”, which demonstrates that considerable steps have been taken in line with Erdoğan’s remarks. The AK Party also plans to contact active users of social media in Turkey, whose daily number is around 51 million, before the local election. Various content is being formed in view of this, including campaign videos promoting municipal candidates, and visual works showcasing projects and election promises, all to be shared through social media networks. Therefore, there might be a substantial increase in the number of virtual AK Party rallies. Party representatives will also add to the opportunities digitalization offers by organizing virtual meetings, announcements and posts on the local scale, for neighborhoods, districts or provinces.

However, it is a fact that the some clichéd messages are automatically sent to followers on the most popular social networking sites such as Facebook, Twitter and Instagram. It must be noted that such messages are becoming more and more frequent, despite a lack of “interaction” from their final recipients, who tend to ignore such content. In this absence of interaction, transmission flow remains one sided, which absolutely favors no one.

Clichéd are becoming more and more frequent, despite a lack of “interaction” from their final recipients, who tend to ignore such content. In this absence of interaction, transmission flow remains one sided, which absolutely favors no one.

Politicians have a number of clichéd ways of using social media. They usually share news reports or long messages, for example. Party members generally share messages about visits to shopkeepers, or attendance in social events like funerals or weddings. Although it can be contended that such posts were effective in the past, they are a bit outdated for the current context. Social media users generally expect to see more interaction and outreach from politicians. Adjusting the frequency and nature of social media posts will help improve the public image of politicians.