The Capture and Release of 6 Turkish Citizens in Libya

6 Turkish citizens, who were captured by the Libyan warlord Khalifa Haftar, were released on Monday 1 July, 2019. No further information has been provided. 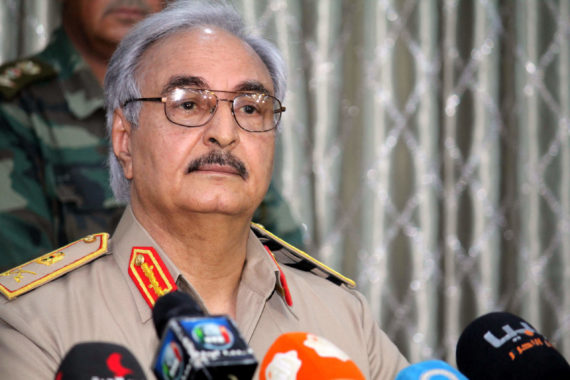 On 4 April, 2019, Haftar declared that he issued orders for his forces to move westward and take control of Tripoli, the capital of Libya, which is under the control of the UN-backed National Accord government. Critics of Haftar, including Turkey, accuse him of trying to seize power from the internationally recognized legitimate government by using force. However, Haftar and his supporters claim that they are trying to free Tripoli from militias, which they see as de-stabilizing the country.

Hostility between Haftar and Turkey is not new. Haftar previously held special conferences to attack the Ankara government and accused it of interfering in Libyan affairs.

Haftar said they destroyed a Turkish drone parked at Tripoli’s only working airport on Sunday and announced a ‘general mobilization’ as tensions grew between the Eastern administration and the Ankara government. This was in retaliation of Ankara’s backing the legitimate Accord government in Libya. They also wrote on Facebook that “The [Turkish] aircraft had been prepared to target our armed forces.”

It was also announced that they had arrested 2 Turkish citizens from Ajdabiya.

Earlier this week the Turkish Foreign Ministry accused Khalifa Haftar for arresting 6 Turkish citizens and warned that the Eastern forces would become a ‘legitimate target’ if the citizens were not released promptly.

During a press conference on Friday, after he lost 43 soldiers in a battle over the town of Gayran, Ahmed Al-Mesmari stated that he got orders to cut all ties with Turkey, banning all flights and ships to and from Eastern Libya. The issue escalated on Saturday, after Turkish firms, shops, and projects were declared illegal. Mesmari also added that any Turkish citizen on Libyan lands will be arrested justifying this escalation as a response to what he described as ‘Turkish aggression,’ which led to the fall of Gayran at their hands of the rival, National Accord government.

Libya’s Supreme State Council condemned the threats made by Haftar against Turkey, saying that it was an attempt by Haftar to justify his defeat in Garyan and described this as additional pretexts for the intervention of countries backing Haftar.

The interior ministry of the Al-Wefaq government denied what it described as rumors about the presence of Turkish soldiers within the territory and under its authority. It was said that these rumors came with the plan to mislead public opinion and distort the efforts of the Libyan armed forces to defend Tripoli and protect the democratic track. It also reassured foreign nationals including Turks working inside Libya that it would guarantee their safety.

In an official response to Haftar’s threats and the war waged on Saturday against Turkish assets on Libyan territories, during the G20 Leaders’ Summit held in Osaka, Japan, the Turkish President said that Turkey will take the “necessary measures” on this issue.

Following all these developments, 6 Turkish citizens were released on Monday 1 July, 2019. No further information has been provided.