The Curriculum Debate: Has Positivism left Any Reason for Humankind?

In Turkey today, there are discussion about how children should be taught the theory of evolution. Those calling for teaching ideas other than Darwinism in schools are not looking to obscure that theory, but trying to undo centuries of disastrous rationalist, capitalist thinking that has left many devoid of humanity. 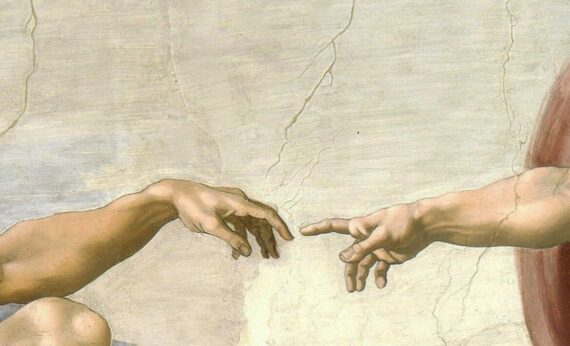 In Turkey today, there are discussion about how children should be taught the theory of evolution. Those calling for teaching ideas other than Darwinism in schools are not looking to obscure that theory, but trying to undo centuries of disastrous rationalist, capitalist thinking that has left many devoid of humanity.

Before Darwin’s theory of evolution, the order of the world we live in was mostly settled. A new Western civilization emerged from the wars between the clergy and non-clergy segments of society, who also fought fiercely amongst themselves, taking place in Medieval Catholic Europe. Encompassed by the Renaissance, movements for reform, enlightenment and Humanism, this emergent civilization dominated by Reason would later lead to the creation of capitalism through the transformation of the non-clergy. They walked side by side, nurturing each other, eventually dominating the whole world.

The West experienced unprecedented economic, social and cultural transformation in the three centuries that followed the 16th century. Scientific thought which was nurtured by Copernicus, Bacon, and Descartes and blossomed with Newton caused a fundamental shift in the world of thought. The transformation was not limited to science, however; the world itself, humankind and all the things inhabiting the world started to be explained through science. This marked the inception of the problem.

Emerging from Italy by the late 14th and early 15th century and spreading through Western Europe, especially France, the Renaissance was seen as an attempt to break away from the metaphysical and to create a world order centered on reason, opposing the divine order. In this world, every action of humankind was determined and regulated by this very “reason.” Arguably a righteous rebellion against the oppressive Catholic Church, Humanism detached the human being from a sacred celestial order and attached it to the profane. Humans were capable of everything. While humankind seemed as the most precious and beautiful creature to ever walk the earth, it actually had lost its essence once its feet touched the earthly soil; humans became their own gods. Now, those who employ their reason efficiently could define and control nature.

From the second half of the 17th century on, reason was made the supreme ruler of human life through the period known as the Enlightenment. The rest of the world was littered with superstition and false belief. Not some, mind you, but all! Talking about God and how it created humankind was considered unscientific and seen as metaphysical nonsense. Those who believe humans have a soul and a spiritual aspect had become the “heretics” of the rationalist-positivist materialist world order. Humans were only to trust their reason and accept it as the principle of their lives. According to Bacon, “idols” would be eradicated with the bright lights of enlightenment. What he defined as idols were indeed eradicated; however, in a bizarre contradiction, reason started to be discussed as a superhuman subject, while the divine aspects of humanity were obscured. Reason and the sciences it helped to create became the idols of modernity, inevitably. Humanity became imprisoned within the confines of science. Humans were nothing more than explanations and experimentations for science.

Colonialism which emerged in the second half of the 15th century and lasted for four centuries was nourished on this notion. On the other hand, colonialism didn’t only contribute to the emergence of merchant capitalism in the second half of the 16th century; two centuries later, it created industrial capitalism. Colonialism resulted in the transference of all resources around the world to the West. Thus, Western societies transitioned from colonialism to industrial capitalism, increasing their wealth tremendously in the process. For the first time in history, the West became the economic center of the world. As a result of increasing capital and monopolization, the aim was to achieve the highest profits, instead of satisfying needs. The wealthier you were, the more human you were.

In Europe, which exploited the rest of the world through the guidance of reason, paupers and beggars started to appear from the 16th century onwards. They were considered as “mindless, feeble and lazy.” Despite all its glorification, the French Revolution which promised equality and liberty to all through the establishment of a new social order which is based on reason actually triggered a long period of conflict and chaos in Europe. With the industrial revolution that emerged in Britain by the end of the 18th century, masses were forced to leave their villages and seek employment in cities. Social crisis was everywhere. There were approximately 10,000 and 50,000 beggars in Paris and London, respectively. The conditions of those who worked for a wage weren’t any better. Now, all members of a household had to work in order to survive. The science of sociology was discovered to analyze these social issues.

While liberal capitalism continues to commodify humankind and their lives, the Humanistic image of humanity was eclipsed by the emergent definition of homo economicus. Moreover, liberal capitalism was able to further itself as it already was based on the human image, which was both dominated by reason and Humanism. There were some philosophers and thinkers of the West who claimed that humans weren’t homo economicus>; however, they were unable to change the course of history. The dye had already been casted.

In an environment where a rational, positivist, materialist and capitalist world flourished, Darwin published his famous book On the Origin of Species in 1859. There were others who have talked and written about evolution since antiquity; however, Darwin was the first to include humans into the theory of evolution, as he perceived humankind as another species within nature. Darwin was arguing that substantial changes were the results of genetic processes which created the species, along with natural selection.

Humans, which were defined as beings dominated by reason and positioned within a network of material relations who had lost their souls, became equals with animals. Spencer reinterpreted this equation and Social Darwinism emerged, which became an indispensable tool for capitalists. It was a dog-eat-dog world, so exploitation was a must. Even though nature didn’t have any order of exploitation, humankind which shared a common ancestor with animals had the right to change the natural order a bit, as it possessed rationality.

According to Darwin, only those who adapt would survive. Moreover, according to Darwinism, the weak had to be inferior, as they could not survive natural selection, while the victor had to be superior. Darwinism also affected the movements which emerged in resistance to capitalism. Evolution was a part of all the ideologies that came into being in 19th century Europe. Both national socialists and communists employed the theory of evolution while explaining their own intents and aims. If the theory of evolution didn’t exist, could National Socialism? No. Maybe there would still be some massacres, but genocide would be highly improbable. On the other hand, brutal acts which even surpassed those committed in medieval times took place in the West. National Socialists perpetuated a genocide, which bred racism. The Nazi effort to create a perfect race was a start example of this. When the Red Army took control of Auschwitz, the Soviet soldiers found 8 tons of hair. It was revealed that they were shaved off from the heads of women, men and children who were sent to gas chambers, in order to make clothes and socks for soldiers.

A mind that is deprived of spirituality and is under the hegemony of impulses will cause many more disasters in the world, especially if it becomes systematic. Those who have surrendered to the sheer will of rationality are now hierarchically inferior to animals, as they have become even more insidious than the devil itself.

Karl Marx, in his “Das Capital” which was published in 1867 says the following: “If the German reader shrugs his shoulders at the condition of the English industrial and agricultural laborers, or in optimist fashion comforts himself with the thought that in Germany things are not nearly so bad; I must plainly tell him, “De te fabula narratur!” (It is of you that the story is told). Even though he made the most accurate portrayal of capitalism, Marx was unable to provide any substantial resolution as he was also shaped by this materialist and positivist world. And, now, the story is about us all, despite the world having experienced the ostensibly alternate order proposed by Marx.

So, when it comes to deciding what to teach school children in Turkey, or elsewhere, it is time to give them more than the start rationalist ideology that has failed the world today.

Darwin must be read, of course. Moreover, materialist positivist philosophies, along with ideologies that are based on Darwinism, must be taught. How can we explain the recent rise of xenophobia in Western countries, otherwise?

Could homo economicus share his bread with a human? Definitely not. However, the one who doesn’t share is the greater fool, rather than the one who shares. Only reasonable people can understand this in this materialist positivist world, not the ones who became a slave to rationality.