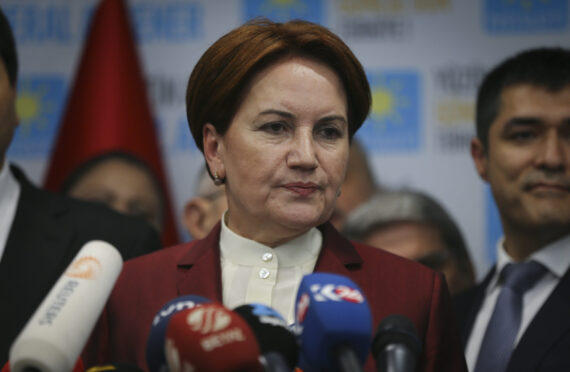 Last week, sentimentalist remarks and tweets of some politicians from the U.S. and Turkey pervaded the agenda for some reason. Maybe it was the summer heat. I am mentioning the U.S. President Donald Trump, Turkish politician Meral Aksener who assumed that she would be the President of Turkey up until the June 24 elections, and Muharrem Ince, who believes that he will be the chairman of Turkey’s main opposition Republican People’s Party (CHP).

According to the sources close to Washington, the tweet posted by Trump in address to Turkish President Recep Tayyip Erdoğan was an emotional reaction as Trump wanted normalization with Turkey as opposed to the Neo-evangelists who favor taking harsh measures. It was said that the U.S. President had a great disappointment and posted that tweet when pastor Andrew Brunson was put under house arrest in Turkey and that Secretary of State Mike Pompeo was also surprised by the tweet. In his tweet addressing Erdoğan for the release of Brunson, who is subject to trial in Turkey on the allegations of military and political espionage and abetting a terror group, Trump said: “The United States will impose large sanctions on Turkey for their long time detainment of Pastor Andrew Brunson, a great Christian, family man and wonderful human being.”

But the expressions in the tweet are utterly emotional, and can even be called romantic. A person who is tried for the allegations of espionage and abetting terrorism may also be “a great Christian, family man.” It is only natural that his family need him, well, a family is such a thing. Apparently, what seems totally normal for the U.S. President can be terribly wrong for Turkey as the U.S. insists that the Gulenist Terror Group (FETO) leader Fetullah Gulen, who orchestrated the 2016 coup attempt in Turkey, did not do anything wrong. Gulen and his operatives can freely live in the U.S. without being subject to any criminal investigation. Given the present conjuncture of the world, almost the entire world will soon regard what the U.S. considers right as wrong, except for Israel. But this is not the topic of this article.

Sources from Washington stated that the U.S. President threatened North Korea Leader Kim Jong-un with a tweet after the latter announced that he will not halt the country’s nuclear missile programs, but they reconciled six months later. It seems that such sentimentalism can be seen in politicians of each scale. It has also affected the İyi Party Chair Meral Aksener, who received 7.26 percent of the vote in the presidential and parliamentary elections held in Turkey. In a party meeting in which the reasons for their defeat were discussed, Aksener allegedly said that she genuinely believed that she would make it to the second round in the presidential race.

Apparently, she made herself believe that she would be the next president of Turkey in a blindfolded way and also convinced those around her. But as the meeting continued, a party member allegedly told her that she left them in the lurch, saying in a tweet that “You have not only lost the election, Madam. You have lost people’s belief in you,” in response to which Aksener was incensed and left the room. She said to her staff: “Everyone in our culture knows who is called madam. Brothel mistresses are called madams. You left me alone, you did not bring that disrespectful person to line.”

The next day, Aksener posted a tweet saying that her party will convene, and that she will not run for the chairmanship of the party. Upon this, the party’s supporters incessantly asked her to turn back via twitter. Speaking to no one throughout the process, Aksener gave a responding tweet two days later: “I will not become a candidate in the convention, this is my final decision.” Then, the partisans tweeted that Aksener would like to draw interest so the proponents must not lose their interest in the subject. Everyone can get a bit sentimental sometimes. In the Iyi Party’s case, two people chained themselves to the entrance of Aksener’s house while a group of provincial party chairs attempted to stand on a vigil in front of her house. This emotional overload continued and culminated on Saturday last week: Upon the party’s call, the partisans coming from all across Turkey gathered in front of Aksener’s house, crying “face us” by altering the party slogan “face the sun.”

Meanwhile, the main opposition CHP and its presidential candidate Muharrem Ince have also been undergoing some emotional crises. It seems that Ince did not believe that he could be the next president of Turkey unlike Aksener but he apparently believed that he would be the chairman of the CHP while running for the presidency. As his vote share in the presidential election was 8 points higher than the vote share of the CHP in the parliamentary election, he has been posting emotionally charged tweets addressing his party’s base and Turkey for the last couple of weeks. While he is tweeting things such as: “The ones glued to their seats go all lengths to stay there,” to satirize the CHP Chairman Kemal Kilicdaroglu, he is also writing messages implying that he wants to see the support of Turkish people to compete against President Erdogan.