Turks do have the will to have a more profound relationship with Europe, but Europeans keep asking the Turks to stay at a safe distance. 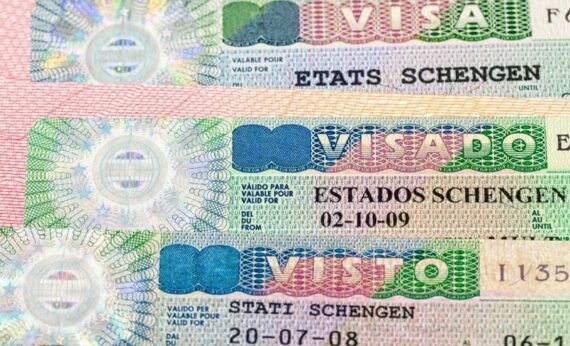 Being able to travel into the EU’s Schengen Area without having to have a visa is a long-standing expectation of the Turks. However, Turkish nationals have to ask for a visa to go to most European countries and to spent huge amounts of money to date because of this practice. In some cases, people wait for weeks just to get an appointment from the consulate, and wait many more to receive an answer. In the case of a refusal, nobody receives a detailed explanation of why their application was refused, and nobody can know, in the moment of application, what the duration of the visa will be. Yet in spite of the difficulties involved, Europe remains the most important destination for Turks. Turks do have the will to have a more profound relationship with Europe, but Europeans keep asking the Turks to stay at a safe distance.

There are three ways to make sure that the visa process is no longer a problem between the EU and Turkey.

There are three ways to make sure that the visa process is no longer a problem between the EU and Turkey. The first solution would be to abolish the visa requirement and allow Turkish people to travel into the Schengen Area with their national identity cards. The second solution involves streamlining the process of obtaining a visa. The application process could be accelerated by exempting some segments of the population from visa requirements. The third and most reasonable solution may be to ask the Turks to have their passports with them when they want to enter the EU, but to give them total visa exemption. Turkey is asking the EU to allow Turkish nationals the right to enter the Schengen Area with their passports, but without a visa, and the right for them to stay there for up to three months without needing a residence permit.

The visa issue has been put back on the table because of the migrant crisis that erupted as a side effect of the Syrian Civil War. Honestly, the EU didn’t lift a finger when millions have poured into Turkey. They noticed the problem only when these people began crossing the Turkish border toward the West.

The EU didn’t want to receive all these people who came to Europe as illegal migrants or as refugees, and Brussels understood there would be no solution without Turkey’s cooperation. So the EU asked for Turkey’s help.

In the early days of these negotiations, the EU asked Turkey to treat the refugees well, to offer them all opportunities so they wouldn’t think about immigrating to Europe, and to try to stop those who wish to do so. It wasn’t clear what Europe would do for Turkey in exchange.

Turkey quickly noticed that Europe was asking for unilateral sacrifices.

Turkey quickly noticed that Europe was asking for unilateral sacrifices, so it asked them, “Why would I do all this?” Only then did the EU admit that it has to do something for Turkey as well. Ankara, however, continued questioning the EU’s intentions: “Are we considered a candidate country or just a regular neighbor country?” The EU officials insisted Turkey was seen as a future member country, so Turkey asked them, “If this is the case, why aren’t the negotiations advancing?” The EU couldn’t find a reasonable answer, so along with the refugee action plan, Brussels presented a plan to revitalize the accession talks. Then Turkey accepted the EU’s request to cooperate on the refugee crisis.

In regard to the migrants, the EU asked Turkey to reinforce its border controls, and to cooperate with Frontex; in the meantime, it brought to the table two separate, critical matters: the readmission agreement and the visa waiver program. These two matters are in fact part of the accession talks and one is not directly linked to the other. But unfortunately, the EU has said that lifting the visa requirements will necessitate the adoption of the readmission agreement, so now both issues have been linked to stopping the refugee flow. As a side note, the EU agreed to give Turkey 3 billion Euros per year to help it cope with the pressing needs of the millions of refugees.

As a symbol that negotiations are back on track, Turkey asked for the opening of new negotiation chapters. The EU promised to take the necessary steps until the end of the 2016.

In brief, the EU was supposed to lift visa requirements for Turkish nationals, give Turkey 3 billion euros, and open at least one accession negotiation chapter. In exchange, Turkey would ratify the readmission agreement, stop the refugee flow by all means necessary, reinforce border and custom controls, and do all this before Europe fulfills its part of the deal. In other words, Turkey had to do its homework first, and if Europe is satisfied, it would do its part.

From Problem to Crisis

Turkey didn’t refuse the principle to act first, but it did ask, at least, for a number of good will gestures, such as being invited to the EU Summits. The EU agreed to open the Economic and Monetary Policy chapter which was once blocked by Sarkozy’s France, because Sarkozy believed that once this chapter is closed, Turkey’s full membership would be unstoppable. The EU did not agree to include Turkey in the EU summits, on the grounds that no candidate country is being invited anymore, but they did promise to hold regular EU-Turkey summits instead.

Turkey didn’t refuse the principle to act first, but it did ask, at least, for a number of good will gestures, such as being invited to the EU Summits.

Turkey was of course not pleased, but preferred to see the glass as half full. The readmission agreement was ratified; border controls beefed up; cooperation with Frontex began, in the struggle against human traffickers in the Aegean Sea. The EU, on the other hand, never transferred the promised sums, as it didn’t have that kind of money at the ready. Member states started discussing how to find it, then the EU came up with the idea to give the money progressively, on a project basis. The delay has raised a few eyebrows in Turkey, especially when the EU said that these projects should be carried out by European firms. So the given money would end in European pockets, after all. Turkey has opposed this.

This is when the visa issue became a real crisis. The EU hasn’t stopped asking for new criteria; in the beginning it was only about issuing biometric passports and tighter border controls, suddenly it has become about Turkey’s terror legislation. In total, the EU has identified 72 criteria that Turkey should fulfill, including changing the definition of “terrorist” in the Turkish legislation.

Turkey’s definition of terrorist and terrorism is indeed much more comprehensive than in Europe; but it is also a fact that the terror atmosphere in Turkey is much different than in Europe. Besides, Turkey can’t change its terror legislation in the middle an over-all struggle.

The EU was of course aware of what is going on in Turkey and they have asked Ankara to do something it can’t, on purpose. They could, instead, open the 23rd and the 24th chapters of the negotiations, which would require progressive modification of Turkish legislation, without causing a crisis.

The main obstacle, of course, is the deep-rooted distrust between Turkey and the EU.

These particular chapters are about basic rights and freedoms, an area about which Turkey is under heavy criticism. During their negotiation, Turkey would have to transfer the EU acquits into its national legislation, which would be part of a more rational and solid process. The reality is, Cyprus is blocking the opening of these two chapters and the entire EU is hiding behind the Mediterranean island’s veto to gain time.

The main obstacle, of course, is the deep-rooted distrust between Turkey and the EU. It is not easy to be sure whether Europe sincerely believes all Turks will abandon their country and become illegal migrants if they no longer need visas to travel to Europe. Let’s imagine for a moment that because of the current terror legislation in Turkey, many people would indeed demand political asylum in Europe. It is still not easy to understand why that would disturb the Europeans, as those asking for asylum will be the “victimized” Kurds, the very people whose rights Europe seems to cherish.

The migrant crisis could have been an instrument for further rapprochement; instead, it has turned into a new excuse to stay away from one another. It is not easy to have big hopes when the Turkish people have serious doubts about the EU’s real intentions, and when the players involved prefer to fight with one and other through press releases.