The Gulen question and Flynn’s cooperation with Mueller

The trial against Bajan Rafakan and Ekim Alptekin is set to begin in the U.S. on 11 February, 2019, which is directly related to the extradition of Fetullah Gulen – the leader of the Fetullah Terrorist Organization, which staged the failed coup attempt in Turkey on July 15, 2016. 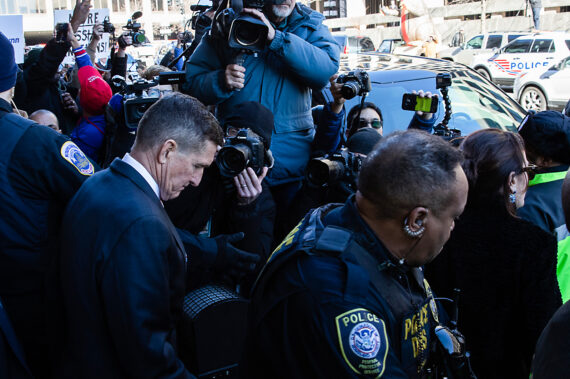 The trial against Bajan Rafakan and Ekim Alptekin is set to begin in the U.S. on 11 February, 2019, which is directly related to the extradition of Fetullah Gulen – the leader of the Fetullah Terrorist Organization, which staged the failed coup attempt in Turkey on July 15, 2016.

Bajan Rafakan, the ex-business partner of Michael Flynn – former U.S. national security advisor – pleaded not guilty on Tuesday to charges against him that he secretly lobbied for Turkey to extradite Gulen, who is currently residing in the U.S.

Rafakan, who was the former director of U.S. Export-Import Bank and Ekim Alptekin – a Turkish businessman – were accused of ‘secret’ lobbying and ‘lying’ about their work. Rafakan pleaded not guilty in a federal court in Virginia and is set to defend the charges against him at a trial starting on February 11, 2019. Alptekin, who denied the charges made against him on Monday via a spokesman, is not expected to attend the trial as he is not currently in the U.S.

The accusations made against Rafakan and Alptekin are working with Turkish government officials on a so-called secret plan to return Gulen, who is currently living in exile in Pennsylvania, to Turkey.

Fetullah Gulen was the mastermind of the failed coup attempt in Turkey, and while the Turkish government has made called for his extradition, the U.S. administration has rejected this plea on the claim of ‘lack of evidence.’

Rafakan, who is a co-founder of the consultancy firm, Flynn Intel Group, is accused of a rarely enforced law, which requires lobbyists to disclose their work when working with foreign actors. Prosecutors accuse both Rafakan and Alptekin for providing false statements to the Justice Department about their work.

The case against Rafakan and Alptekin was built mostly on information provided by Flynn, who admitted that he lied about his role in lobbying activities and has been cooperating with the Justice Department in the case.

On Tuesday, the White House stated that U.S. President Trump told Turkish President Erdogan that his administration will ‘take a look’ at the possibility of extraditing Gulen, but added that Trump made no commitment in this regard.

The extradition of Gulen has remained one of the most troubled issues between Turkey and the U.S. among others, such as the U.S. support for the YPG in northeast Syria that has now taken a different direction as to please the Turkish government.