The Gulf crisis served as an important lesson for the Middle Eastern regimes. Most countries realized that diversifying their alliances and establishing good relations with reliable partners is crucial. 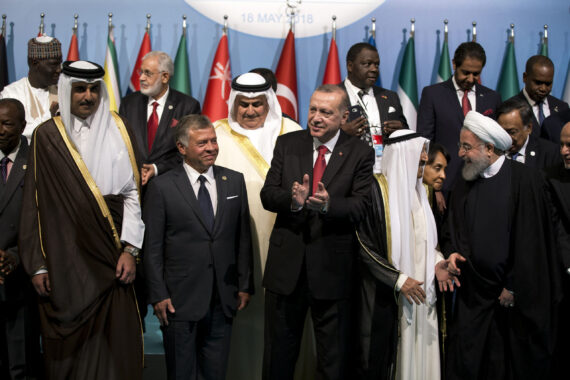 The Gulf region experienced its most serious crisis during the summer of 2017. Saudi Arabia, the United Arab Emirates, Bahrain and Egypt cut diplomatic relations with Qatar and started a political and economic blockade on a tiny nation of 300.000 citizens. The crisis was a turning point in Gulf politics in terms of reshaping alliance blocs in the Middle East. The most important result of the crisis was the formation of a new strategic alliance led by Turkey and Qatar. Both countries found various motivations to join their efforts in confronting regional challenges.

Turkey and Qatar have developed good relations during the past couple of years. When the Gulf crisis began on June 5, 2017, Turkey was the first country to announce its solidarity with the Doha administration. On June 7, the Turkish parliament approved a bill, allowing the Turkish military to open a base in Doha. This was the most important development with regards to the Gulf crisis as it served as a security shield for the Qatari leadership. In the following days, Turkish armed forces arrived to Doha and opened Turkey’s first military base in the Middle East since the fall of the Ottoman Empire. Turkish President Recep Tayyip Erdogan also showed solidarity with Qatari Emir Temim bin Hamad Al-Thani by paying official visits to the defiant Gulf country.

Many analysts suggest that Turkey’s support was the key development for the failure of the political assault led by Riyadh, Abu Dhabi, Manama and Cairo. It was Turkey’s support that allowed Qatar to successfully resist the crisis. This caused dissatisfaction by the blockading countries, particularly against Turkey. On the other hand, other regional countries displayed their discomfort with the blockading countries as they are threating the future of the Gulf Cooperation Council, an organization that has successfully functioned since its establishment. The crisis has led countries such as Oman, Kuwait and Jordan to rethink their partnerships with blockading countries as they have “betrayed” their decades long cooperation with Qatar.

For Turkey, it was a strategic decision to support Qatar during the crisis. Since the Arab uprisings of 2011, Turkey has been increasingly involved in Middle Eastern politics. Unlike previous administrations, the Erdogan leadership aims to increase Turkey’s allies in the region. By backing Qatar’s position during the crisis, Erdogan’s administration gave a good example of how Turkish friendship would benefit its allies in the region. Ankara’s solidarity with Doha also strengthened its image as a trusted actor especially among Arab nations.

Additionally, Turkey’s support for the Palestinian cause is also another reason why Arab societies support the Erdogan leadership. In December 2017, Turkey reacted strongly against Trump’s decision of accepting Jerusalem as the capital of Israel. In the following days, Erdogan called for an extraordinary summit for the leaders of the Organization of Islamic Cooperation countries. Despite the low profile attendance by major countries such as Saudi Arabia, Egypt and the United Arab Emirates, many leaders from Islamic countries attended the summit in Istanbul. Participation of Kuwaiti Emir and Jordanian King to the summit was particularly important as they also aimed to improve their bilateral relations with Turkey, considering the changing power structure in the region.

Finally, the Gulf crisis served as an important lesson for the Middle Eastern regimes. Most countries realized that diversifying their alliances and establishing good relations with reliable partners is crucial. Countries such as Oman and Jordan have been feeling the pressure in this regard. Both countries understood that energy-rich Gulf monarchies would not be considered as trusted allies. The case of Oman is particularly interesting. For many years, Oman had been following a balanced policy between Saudi Arabia and Iran. However, in the past years, there has been heavy pressure from Saudi Arabia on Oman to cease its relations with Iran. Therefore, Oman has been having difficulty in carrying out this balance policy due to the increasing pressure from Riyadh against Tehran. This pressure has even increased in the post-Gulf crisis. As one of the main reasons for the embargo on Doha was Doha’s close relations with Iran, it can be predicted that Oman could be put under a similar status in the coming period.

Jordan, on the other hand, is also experiencing difficulties, especially because of Israel’s policy in Palestine. Particularly in the past two years, there is increasing cooperation between Saudi Arabia and Israel. Riyadh encourages other regional actors to develop good relations with Israel and follow policies in line with Tel-Aviv. However, as Jordan hosts millions of Palestinians, it is a challenge for King Abdullah to publicly support Israeli policies. King Abdullah’s participation in the Jerusalem Summit in Istanbul and close contacts with President Erdogan angered Saudi leadership. Therefore, it can be said that Jordan will be under more pressure in the coming period with regards to its policy towards Palestine.