Latest news show that some vulnerabilities regarding Syrian refugees in Turkey still persist and the country needs to adapt a new strategy to fight against the increasing xenophobia and attacks on refugees. 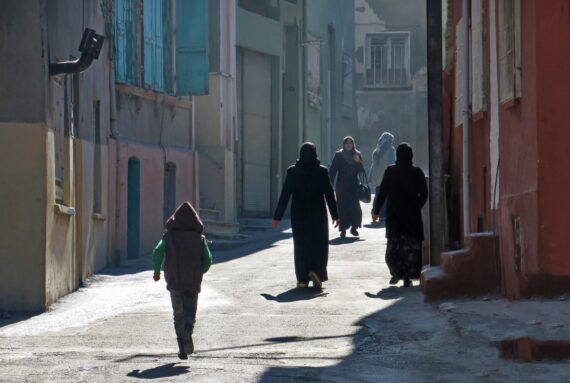 The recent hot topic of discussion in Turkey’s political agenda is social integration of the 3.6 million officially registered refugees living throughout the country. Recently, I pointed out the rise of hate speech against Syrian refugees in Turkey in this column. Nonetheless, latest news show that some vulnerabilities still persist and Turkey needs to adapt a new strategy to fight against the increasing xenophobia and attacks on refugees.

Last week, the Istanbul Governor’s Office’s announced that Syrian refugees registered in other Turkish provinces but currently living in Istanbul have to go back to those provinces until August 20.  As a result of this order, unregistered refugees along with those registered in other provinces started to be sent out of the city. The whole incident was manipulated in the media as if all refugees were being exposed to forceful deportation from Istanbul. Nevertheless, the Minister of Interior stated that the reason for this action is for the monitoring and controlling unregistered and irregular immigration in Turkey and to avoid possible future problems.

In the first place, 6,122 unregistered refugees—1,000 of them Syrians—have been sent to repatriation centers. It seems that these numbers will significantly increase in the near future. Indeed, even if the number of registered refugees in Istanbul is approximately 500,000, it is a well-known fact that the real number is likely to be far higher.

The recent developments proved again that the main problem of Syrian refugees in Turkey is related to the lack of social integration strategies in the long term. In the beginning of the Syrian war, it was thought that refugees would return to their countries after the war would end. Nonetheless, it has been nine years since the war started and it seems that it will be not possible for Syrian refugees to return their countries in the short run.

According to UN data, the likelihood of refugees to return their countries shows a sharp decrease after five years of immigration. In Turkey’s example, it is not an exaggeration to say that a proportion of refugees will stay in Turkey even if everything goes well in Syria. Thus, Turkey needs a well-prepared social integration strategy in the long run.

According to UN data, the likelihood of refugees to return their countries shows a sharp decrease after five years of immigration.

Indeed, Turkey has a well-established institutions focusing on integration of Syrian refugees. The Disaster and Emergency Management Presidency (AFAD), Directorate General of Migration Management, the Ministry of National Education (MEB), and the UN are working together in the integration process of refugees. Nonetheless, since the number of refugees is so high in order to provide a healthy integration there is a need for an umbrella organization to provide more effective monitoring and controlling mechanisms for the long-term.

When it comes to short-term solutions, establishing “integration teams” as in Germany may be an effective solution to quickly solve day-to-day problems. Integration teams may provide effective solutions for emerging problems especially at local levels. This mechanism may also increase the daily interaction between Syrian refugees and the rest of population. As a bottom-up solution mechanism, this two-sided integration may increase awareness and recognition among the rest of society.

Thus, Turkey needs to adapt both short and long term resolutions for the problems of Syrian refugees in Turkey. Since tension is rising day by day, it is better to focus on more pragmatic and short term strategies in the first place. However, it is clear that there is also an urgent need for a long-term strategy to provide effective integration of Syrian refugees in the near future.