The Karlov Assassination: Questions and Answers 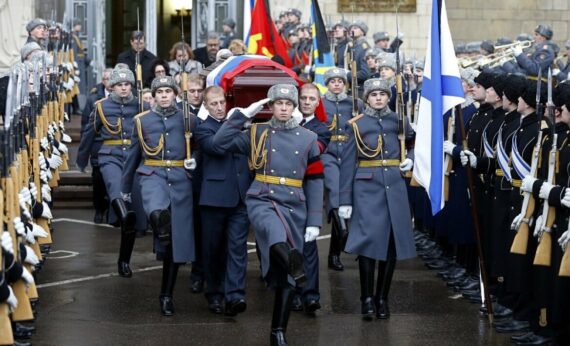 1. What was the purpose of the assassination of Russian Federation Ambassador Andrey Karlov?

WorldBy Silan Cecen
Two main frameworks can be used to evaluate the purpose of the assassination. First, terror organizations such as FETO, PKK, and DAESH have been trying to create a state of chaos in Turkey after increasing their terror activities post-July 15. With this chaos, what is intended is to create a confidence crisis among citizens of Turkey and to damage the country’s image in terms of security and stability on the international level. It is possible to read Ambassador Karlov’s assassination as part of the chaos plan of the terrorist organizations.The second way of looking at the attack is to directly connect it with the rapprochement that has begun in the last few days between Turkey and Russia. Through this attack, there was an attempt to disrupt the steps taken in the aftermath of the plane crisis for the normalization of relations and for the efforts that have been expended for bilateral (Turkey-Russia) and trilateral (Turkey-Russia-Iran) steps to be taken on Syria. By causing a crisis similar to that of the plane one, there was an attempt to interrupt the two countries’ endeavours for normalization and their negotiations on Syria.

At this point, two important processes in Syria can be mentioned. The first is the mutual understanding on the evacuation of civilians from Aleppo between Turkey and Russia. Despite Iran’s and the regime’s interventions, Turkey and Russia are both putting forward a will to ensure that the understanding on evacuation continues. In fact, these evacuations are a point where the [Syrian] regime and Iran and Russia diverge politically. The guarantor of the mutual understanding being applied are Turkey and Russia, and the tension in relations between these two countries can bring an end to this understanding on evacuation. The second process is the talks that are to be held in Astana on Syria. Both the Turkey-Russia-Iran meeting and the new period that is being attempted to begin at Astana carry great importance in terms of the political solution of the Syrian crisis. This process also signifies a limitation of the American initiative on the Syria crisis. For this reason, this assassination, carried out at such a critical juncture, also has the aim of disrupting the meetings on Syria.

2. What can be said about the perpetrator?

The murderer is Mevlut Mert Altintas, employed in the Ankara Riot Police as a police officer. Altintas snuck into the building pretending to be among the ambassador’s personal guard and took place directly behind the ambassador while the latter was giving his speech. After shooting the ambassador, the murderer shouted slogans in Arabic and Turkish and made references to Aleppo. It is observed that the Arabic slogans were memorized in order to give the attack the appearance of being carried out by al-Qaeda or DAESH. It is not possible for these groups to have infiltrated and burrowed into the police department, let alone the fact that neither group would accept a position such as being a police officer per their own doctrines. It is also not possible for such an organized and well-planned attack to be done by a lone wolf.

There are strong traces of FETO in the murderer’s past. One of these is his employment in the Police, which was among the central institutes within the FETO structure. Even after the dismissals from duty and layoffs after July 15th, it was assumed that there remained FETO members within law enforcement. Holding on to the key, important positions in the Police for many years, FETO placed its members through certain promotions within the ranks of the agency. One of these is also the school from which the murderer graduated, the Izmir Rüştü Ünsal Police School. There are also allegations that the murderer was laid off due to the case about the school examination’s questions being stolen, that he took time off during July 15th, and that he lives in the house of one of FETO’s key people. Ultimately, there is no other organization within the police establishment who can conduct an operation of international scope with the structure and the belief to carry out what might well be called a suicide mission other than FETO. Among the Russian public, the allegations about the attacker’s FETO past were debated and the FETO-US connection was established.

3. How should reactions to the assassination be regarded?

It is understood that one of the most important targets of the attack on Russian Ambassador Andrey Karlov was to end the period of rapprochement that had been going on for the past few months between Turkey and Russia. As is known, relations between Russia and Turkey experienced several serious crises following the shooting down of a Russian plane that had violated Turkish airspace by the Turkish air force on November 24, 2015, but following intense diplomatic efforts on both sides, the diplomatic crisis between Ankara and Moscow was finished.

Compared to the plane incident, the crisis management that was enacted in the aftermath of the assassination of the Russian Ambassador was done much better. The initial reactions coming from both capitals and leaders prevented the assassination from turning into a crisis. First, Erdogan immediately calling Russian president Putin and directly informing him rendered speculations that would have abounded after the assassination ineffective. At the same time, Foreign Minister Mevlut Cavusoglu’s travel to Moscow in order to participate in the trilateral summit on Syria and his informing of Russian authorities there also played an easing role in the management of the crisis.

Secondly, both Erdogan and Putin have qualified the attack as a provocation and expressed that the attack’s main aim had been Turkish-Russian relations. This unity in discourse has also made the management of the crisis easier. Moreover, Turkey’s announcement that Russian security officials would be allowed to participate in the investigation of the assassination also made the process easier.

Among the underlying reasons for carrying out this crisis management in such a careful and delicate manner can be shown the experiences from the previous crisis lived shortly before and the continued diplomatic efforts to overcome the past crisis. Also, the fact that the diplomatic process among Russia, Turkey and Iran continues on a very delicate base can be shown as among the justifications for the joint reaction of the two sides.

The purpose of the assassination was to sabotage the rapprochement efforts between Turkey and Russia. In fact, the West created a discourse likening this assassination to that carried out by Gavrilo Princip against Austrian Archduke Franz Ferdinand which set off the First World War, and stated that this could be the beginning of the Third World War. Moreover, many analyses were written stating that this could deepen the crisis between the two countries. However, both countries’ carrying out mutual high-level meetings which kept the issue from ballooning invalidated expectations of a crisis. Therefore, contrary to assumptions, Turkish-Russian relations will not enter a period of conflict.

In the forthcoming period, the assassination’s consequences could appear on a few different levels. First, there could be a period where bilateral relations become stronger. Both countries’ tensions in their relations with the West brings them closer together. Despite the presence of many political problems on which Moscow-Ankara cannot come to an agreement, the sides are putting into play a certain model of strategic rationality. Accordingly, while areas of disagreement are handled through diplomatic channels, relations in the economic realm are protected from the fall-out in the area of political irreconcilability.

Secondly, a new solution-making period can result where Tehran is also involved in the political solution that Moscow-Ankara work out on Syria. The US compartmentalizing the Syria crisis by focusing solely on fighting DAESH and leaving that up to the PYD-YPG might mean that it will be left out of the aforementioned solution process. When considered as a whole, it is possible to say that this assassination will develop Turkish-Russian relations.

5. How might the assassination reflect on the Syria crisis?

The two sides will not want to lose the momentum they have gained in the resolution of the Syria crisis. In fact, the trilateral summit that was nevertheless carried out and the decision to act in a joint manner point to this. In the forthcoming period, Turkey will expend efforts for involving the opposition in the process and for the establishment of a ceasefire by maintaining open channels of communication with Russia. For their part, Russia and Iran will be engaged in overtaking Aleppo and will work to turn political negotiations to the advantage of the regime following the assassination. In this period, the three actors finding the least common denominator will increase the potential for a political solution. There are not just differences between Turkey and Iran-Russia about the future of Syria, but between Russia and Iran as well. It can be expected for these differences to become more apparent as negotiations continue. For this reason, the negotiations aim to bring together the regime and opposition with the international actors who support the regime and the opposition on some common ground.