Mohammad bin Salman's political ambitions might lead him to future disasters like the Yemen, Hariri and Khashoggi ones. However, if regional tensions can be lowered due to a politically weakened MbS, it could count as a win for Turkey. 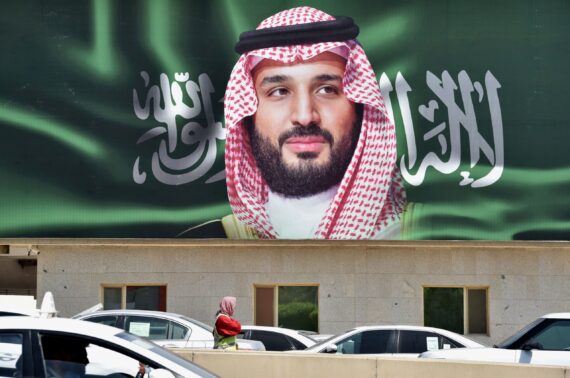 A picture taken on October 22, 2018 shows a portrait of Saudi Crown Prince Mohammed bin Salman (MBS) in the capital Riyadh one day ahead of the the Future Investment Initiative FII conference that will take place in Riyadh from 23-25 October. Getty Images

The Saudi journalist Jamal Khashoggi’s heinous murder in the Saudi consulate in Istanbul has led to an international outcry against Saudi Arabia’s Crown Prince Muhammad bin Salman. The ambitious and young heir has already run into trouble with his Yemen policy that created a humanitarian disaster. His moves against his family members to claim the crown, as well as the Hariri saga showed the scale of his political ambitions.

The Khashoggi murder, however, represented a new high in the scale of recklessness, erasing any positive image he may have created in the West through an expensive PR campaign. All this seems to be the result of the Crown Prince’s ambition to reshape Saudi Arabia in a way that would afford it international legitimacy and acceptance as a modern country in a troubled region.

One of the main strategies of the Crown Prince has been to promote “Saudi Arabia’s Vision for 2030” to make the country a leader in the Islamic world through economic transformation. Emphasizing the need to diversify the Saudi economy, the much-touted program has yet to show significant progress. It is an incredibly difficult job to transform such an oil-dependent economy which requires nothing short of a sustained national effort over many years.

In many ways, MbS showed that his real focus is not economic transformation first and foremost but achieving the consolidation of his power through a charm offensive in the West while proving that it is a power to reckon with in the region. Instead of focusing on economic accomplishments to build credibility, he has been trying to enlist unconditional U.S. support against Saudi’s regional rival, Iran. Delivering on the structural economic promises beyond some symbolic gestures could have afforded him with legitimacy and support at home and abroad.

Khashoggi’s murder has irreparably damaged MbS’s credibility and legitimacy given that the Saudis were brazen enough to take such an action and incredibly incompetent to manage the fallout. Now that we know this was a premeditated act, it is safe to assume that it was part of the plan to embarrass Turkey by pinning the “disappearance” of Khashoggi in the country. The Saudis clearly thought they could get away with murder in Istanbul, but failed to calculate that the Turkish leadership would not simply let this go.

Many commentators have commented on Turkey’s “drip drip” strategy of releasing information to hurt the Saudis, but we need to remember that the leaked details were often to counter the Saudi indifference at first and the lack of assuming responsibility on their part. It was the Saudis who failed to own up to their catastrophic mistake and tried to wash their hands of it. Turkey was left with no choice but to release these details in the face of Saudi non-cooperation, especially during the first two weeks of the incident.

This episode will play a major role in the regional dynamics in the years to come. Saudi Arabia under the leadership MbS appeared ready to solidify an anti-Iran bloc, consisting of UAE, Egypt, the U.S. and tacitly Israel. Defining Iran as an existential threat, this confrontation could ultimately lead to new conflicts in the region.

In an effort to push back against Iran in the region and to sideline Turkey whenever possible, this regional pseudo alliance could pursue proxy wars against Iran, destabilizing the region even further. Turkey also has an interest in reduction of some of the Iranian influence in the region, but not at the expense of stability throughout the Middle East. During the Gulf crisis, Turkey tried to appeal to the wisdom of the Saudi King while supporting Qatar. In the Khashoggi incident, Turkey similarly invited the King to intervene and hold those responsible accountable, refusing to simply let it go.

MbS may survive this episode and assume the crown eventually but the damage is already done. He will have to show real and concrete achievements to regain any kind of legitimacy and the Khashoggi affair will follow him regardless. There is still the likelihood that his political ambitions might lead him to future disasters like the Yemen, Hariri and Khashoggi ones. However, if regional tensions can be lowered due to a politically weakened MbS, it could count as a win for Turkey.