So, who are the winners and losers of the civil war, which is in its seventh year, and which parties are preparing to end through the Geneva process? 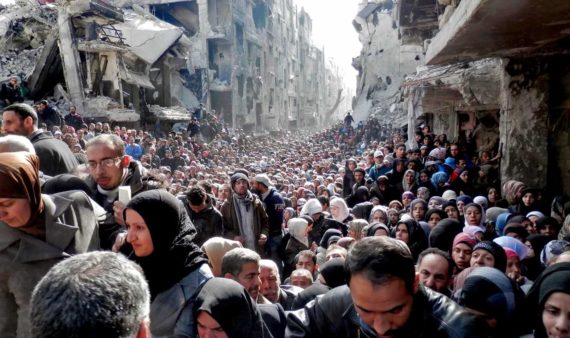 It is rumored that the Syrian Civil War is almost at its end. Both sides no longer have as many moves on the battle field and the country’s future is said to be determined by diplomacy. Only time will show whether or not this is correct. However, the fact that any serious disagreement at the discussion table will result in the sides taking military steps on the field in order to secure their positions is an undeniable truth.

With the aim of being as cooperative as possible during the Geneva Talks, Turkey, Russia and Iran first came together in Astana and then in Sochi, bringing their positions closer together. Parallel to this and in preparation for the Geneva meetings, Saudi Arabia brought together groups of the Syrian opposition, which are politically aligned with the Kingdom, in Riyadh. Likewise it is known that the US and Israel are in close contact with the Syrian Kurdish Democratic Union Party (PYD)/Syrian Democratic Forces (SDG) with plans to include them on the negotiations table.

So, who are the winners and losers of the civil war, which is in its seventh year, and which parties are preparing to end through the Geneva process? Of course, the answer to this question varies according to an individual’s political perspective. When observed from a humanitarian point of view, however, there has been no real winner of the Syrian civil war.

Who could have won in a war which left over 500 thousand people dead, over 5 million Syrians forced to leave their home country and to live in misery in other countries and which left 7 million Syrians displaced at home? More, baby Aylan, who lost his life in the waters of the Aegean, representing the loss of thousands of refugees on the way to Europe, who could have won a war in which children died under barrel bombs, and finally, who could be described as the victor of a war which has ingrained itself in the memories of children.

Who can possibly explain to the children that were victims of chemical weapon attacks in East Ghouta and Han Sheikh, children that couldn’t anticipate why all of a sudden they stopped breathing, that there could be some sort of victory in this war? Is there need to discuss the defeated of this war with parents that saw their children die in this way?

The real convicts of the Syrian Civil War are those who did nothing, although they could, to end this war, those that looked down on refugees that sought refuge in their countries, and those that did not make an effort to prevent the chemical attacks by the Assad regime. These are individuals and states that allowed for Syrian cities to be taken under blockade, who allowed for the demolition of cities and who not only supported terrorist organizations such as Daesh but did nothing to prevent their terror.

To add to this list, in order to maximize their profits, those that sold desperate refugees fake life jackets, causing them to drown, those that utilized anti-refugee political sentiment in their countries, leading to the closure of borders, and those that tried to revert the crisis into an opportunity by making refugees work for very little pay are the real losers of the Syrian Civil War.

In contrast, those that felt sorrow for the death of babies like Aylan, and for the deaths of the children, women and men, who in turn tried all they could to end the crisis, are the real victors of this war. Those who opened their doors to refugees instead of turning their helplessness into an opportunity, and those that perceived them through the eyes of Ali as “brothers in Islam or equals in humanity,” are those that passed this “Syrian test.”

Those who protested against the massacre of people by chemical weapons, the demolition of cities with barrel bombs and the slaughter of people by burning them in cages are the victors of this war as they displayed the right attitude.

There may be some who consider this perspective a benign humanitarian one and would be willing to look at the issue from a realistic point of view. The only reality of the Syrian Civil War, however, is the massive cost of human lives and tragedies. The losses of countries such as the US, Russia, Iran, Turkey, Saudi Arabia, Israel, the Assad regime, Jordan, Qatar and others, when assessed within their own frameworks of profit maximization, is another issue.