The live debate between Binali Yildirim and Ekrem Imamoglu may be the main determinant of the Istanbul elections. 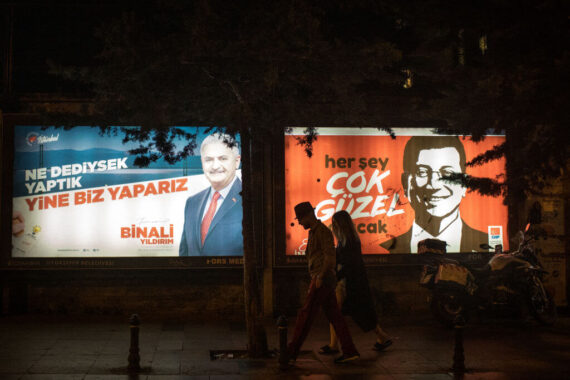 After long-lasting discussions and controversies, the Istanbul mayoral candidates – Binali Yildirim (AK Party) and Ekrem Imamoglu (CHP) – agreed on holding a live debate with the moderation of anchorman Ismail Kucukkaya. There is no doubt that this live debate will shape the results of the upcoming Istanbul elections and will be one of the unforgettable moments in Turkey’s political history.

When discussions on this issue started for the first time, people kept asking why the two candidates intended on holding a live debate, as this was not so common. It’s true that live debate among politicians during election campaigns has not been an issue for the last decade in Turkey. The last prominent live debate was held between Recep Tayyip Erdogan, leader of the AK Party and former CHP chair, Deniz Baykal, just before the 2002 parliamentary elections.

Even though the Turkish public is not familiar with live debates between politicians, recent examples have attracted a lot of attention from the public. After the two mayoral candidates announced that they were open to discussing their projects on Istanbul in a live debate, various circles discussed the effects that this incident will have on the election results.

The live debate between Binali Yildirim and Ekrem Imamoglu may shape the results of the upcoming Istanbul elections.

Although there is no consensus on the effects that live debates have on elections, it is widely accepted that they are the most powerful determinant on voter preferences – especially on swing votes. Surveys also show that a significant number of voters who tend not to participate in elections change their decisions after live debates.

Due to this, the live debate between Binali Yildirim and Ekrem Imamoglu may be the main determinant of the Istanbul elections. Since approximately 1.7 million voters did not go to the polls and with the almost 300 thousand invalid votes on March 31, the live debate has huge potential to change the direction of the Istanbul elections. At first, it may increase voter turnout by effecting the decision of nearly 2 million people who either abstained from voting, or whose votes were invalid.

On March 31, 1.7 million voters did not go to the polls , the live debate has huge potential to change the direction of the Istanbul elections.

Another effect of the live debate will be on the transformation of Turkey’s political culture in the long-term. Live debates are very popular in presidential systems where pre-electoral alliances are a crucial determinant on election results. Live debates allow voters to become familiar with the candidates of alliances. Furthermore, candidates chosen by the alliance of different political parties have a chance to get the support of voters of these parties in live debates. Thus, it is not an exaggeration to state that presidential candidates may also hold live debates in future elections in Turkey.

Regardless of all these issues, the live debate between Yildirim and Imamoglu this Sunday will be an interesting experience for the Turkish public.