From entering similar jolts in the past to losing its popularity in contemporary times, to facing the deepest crisis in its history, the Muslim Brotherhood has entered a phase of wait, watch, and act. 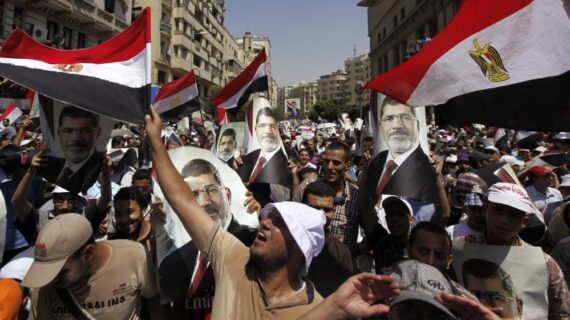 Despite its tumultuous history, the Muslim Brotherhood witnessed an unexpected political surge due to the Arab Spring, which unsettled the political culture of the Arab world and ousted four dictators, including Hosni Mubarak. After the end of Mubarak’s rule, a serious process aimed at bringing political stability in Egypt started. In the first post-Mubarak elections held between November 2011 and January 2012, the Muslim Brotherhood’s political wing, the Freedom and Justice Party (FJP), achieved a considerable success by winning nearly half the seats in the People’s Assembly (the lower house of the Egyptian parliament). The Salafi al-Nur Party came in second with 25% of the seats. Combined together, both parties gained around 70% of the seats – a major development that helped them to influence the selection process for the 100-member Constituent Assembly responsible for writing a new constitution.

This was followed by Mohamed Morsi’s victory against Ahmad Shafiq, the former Prime Minister and Air Force Commander. The success of the Muslim Brotherhood in both the legislative and parliamentary elections was indeed a watershed moment, reflecting the organization’s ability to strongly re-emerge and rise to power, and therefore inspire and boost the morale of its other branches operating across the Muslim world.

A major story in the midst of all these developments was whether the Islamic groups in Egypt or Hizb al-Nahdah in Tunisia were going to advocate Islamic rule or adopt the prevailing system of governance – of which they pursued the second. Yet, strong public opposition began to build up especially against Morsi’s administration, which according to many lacked the vision and experience to rule the country and improve its economy. Besides granting himself far-reaching powers through an interim constitutional declaration, the approval of the constitution by the Constituent Assembly, despite a boycott by the liberals, secularists, and Christians, led to further public outrage. Morsi’s failure to contribute to the new democratic culture pushed people to believe that he was just another authoritarian in the making. Therefore, from December 2012 to June 2013, the opposition continued to mount, which finally witnessed a massive protest on June 20, 2013 – the first anniversary of the day Morsi took office.

Morsi’s failure to end the crisis dramatically challenged the fortunes of the Muslim Brotherhood during 2013-2014. This also provided the necessary political ammunition for Abdel Fattah al-Sisi, the current President and former head of the Egyptian Armed Forces to intervene, suspend the constitution, and appoint a new transitional administration. Simultaneously, Sisi launched a massive onslaught, arresting the leaders and members of the Muslim Brotherhood in order to demolish the structure of the organization. Sisi further dented the organization with an order of a Cairo court that formally restored the ban on the organization.

Morsi’s failure to end the crisis dramatically challenged the fortunes of the Muslim Brotherhood during 2013-2014 and provided the necessary political ammunition for Sisi to overthrow the elected group.

This was obviously a massive setback for the Muslim Brotherhood and its goals. Although the organization experienced similar jolts in the past, the degree of state sponsored repression and subjugation this time was unprecedented. Therefore, the fortunes of the Muslim Brotherhood, particularly in Egypt, were completely reserved after its initial success and rise to power ended. In fact, during the Muslim Brotherhood’s short reign in power, it failed on multiple fronts. Despite having the firsthand experience of the breadth of diversity of popular protests held at the famous Tahrir Square and elsewhere, it did not think of an inclusive approach of power building, building alliances, or working with other groups holding completely contrasting views.

Simultaneously, with the rise of popular protests, the extermination of the rule of several dictators, the gaining of power by Islamic groups, and the appearance of many militant groups and emergence of civil wars, a number of things changed in the Arab world. The emergence of Daesh and other similar groups in Syria, Iraq, Libya, and Yemen, and their engagement in violent activities compelled the people to change their approach and attitude towards these groups. On the other hand, these groups seriously damaged the image of other Islamic groups considered as moderate, including the Muslim Brotherhood and Hizb al-Nahdah.

However, what happened in Egypt with the Muslim Brotherhood after the military coup forced some of its members and followers to resort to violence, which in turn indicates that exclusion may sometimes lead to radicalization. Though there is no concrete evidence that the organization’s leadership advocates or is thinking about adopting violent programs, some of its past and present elements have created a very negative image among various circles, including the West. For instance, in July 2018, the U.S. Congress Subcommittee on National Security assembled for a hearing ‘to examine the threat of the Muslim Brotherhood to the United States and its interests and how to effectively counter it.’

Facing an existential crisis and encountering adversity that often leads to a split, the leadership of the Muslim Brotherhood is currently divided on several critical issues. In contrast to the policy of the traditional leadership (Old Guard), who are facing the brunt of the regime’s oppression, many members from the younger generation of the Muslim Brotherhood express the need for a new approach to follow and employ political influence. More importantly, there is a possibility that internal ideological and generational divides persisting within the organization may lead to the formation of separate group(s) that would correspond to the repetition of the incident of 1996, when some of the key figures of the Muslim Brotherhood parted away from it and established the Hizb al-Wasat Party.

In contrast to the policy of the traditional leadership (Old Guard), who are facing the brunt of the regime’s oppression, many members from the younger generation of the Muslim Brotherhood express the need for a new approach to follow and employ political influence.

Likewise, members of the organization living outside Egypt, especially in Turkey and Qatar, are advocating a more revolutionary approach. For instance, Ashraf Abd al-Gaffar, Amr Darraj, and other revolutionary voices accuse the traditional leadership of failing to deliver in power and failing to reform in order to make the organization in line with current realities. For example, Ashraf Abd al-Gaddar (an important figure in the Muslim Brotherhood and Egypt’s former Minister of Planning and International Cooperation) argued that ‘in some major areas [the Muslim Brotherhood] should have been less gradual.’ He further added that being gradual in certain areas also means being stagnant. According to him, the Muslim Brotherhood should have adopted a more revolutionary approach to reform sectors such as judiciary, military, and media.

For the revolutionaries, the most pressing matters need pragmatic solutions, fitting changing social realities. Instead of being gradual and following the old ways of doing things, the Muslim Brotherhood, according to these voices, should capitalize on the revolutionary fervor that is still alive in Egypt and beyond. This group seems to be more interested in exploring and pursuing new ways of political participation in a similar fashion as al-Nahdah did in Tunisia, which separated religion from politics, embraced the values of democracy, understood the balance of power in society, and in the process secularized the organization.

From entering similar jolts in the past to losing its popularity in contemporary times, to facing the deepest crisis in its history, the Muslim Brotherhood has entered a phase of wait, watch, and act.

The Arab Spring produced a depressing harvest for the Muslim Brotherhood, which many of us would have hardly expected after experiencing its electoral success and rise to power in Egypt. The organization is experiencing one of its most critical phases as far as its survival is concerned. Although the popular support for the Muslim Brotherhood has definitely decreased in Egypt and elsewhere, it has not completely collapsed. Hence, the situation necessitates the leadership of the Muslim Brotherhood to make some hard decisions such as whether it should be a religious movement purely focusing on the da’wah and other socio-economic and educational activities, or modify itself into a full-fledged political party – an approach advocated by the revolutionaries. 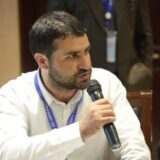