How will US Sanctions on Russia Affect Turkey?

The U.S. sanctions on Russia restrict Ankara’s cooperation with Moscow on the energy issue and will have a negative impact on the emergence of new projects. 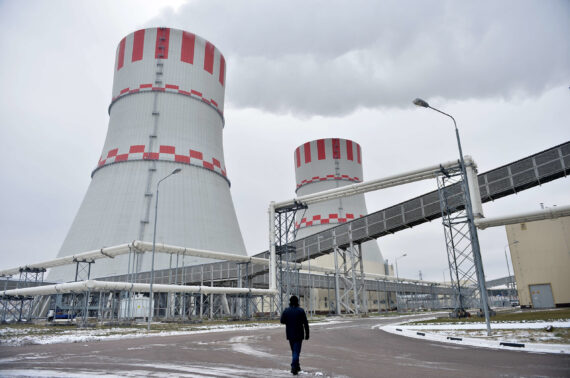 The United States has long been using sanctions to change the behavior of target countries. It has been imposing several sanctions against different countries such as Iran, North Korea, Russia, and Venezuela. It can be observed that during the Trump period, the U.S. relinquished these decisions through its own national laws, which passed through the U.S. Congress and have not been supported by other countries. The reasoning the U.S. gave for early sanctions were violations of international norms and rules. Other countries were not on the same page with the U.S. and they opposed these decisions. Thus, the U.S. tries to internationalize its domestic laws through sanctions policies.

After the Russian annexation of Crimea, a number of politicians and generals became the targets of sanctions. These names consisted of those who were directly involved with the annexation. CAATSA, (Countering America’s Adversaries through Sanctions Act), has taken both the scale and impact of sanctions one step further. In addition, the DASKAA (American Security against Kremlin Aggression Act), bill has illustrated that the U.S. intends to further increase sanctions on Russia. CAATSA and DASKAA subsequently show that the U.S. front is spending overtime on sanctions and that future sanctions will be more comprehensive and effective.

Given the fact that 28 member states have different economic interests and historical ties with Russia, taking and implementing a joint decision on sectorial sanctions against Russia seems quite difficult for the EU. For instance, the EU cannot inflict sanctions on Gazprom or other Russian companies in the natural gas sector. On the other hand, it can impose lending and investment restrictions in the oil sector. In addition, the EU supports to a certain extent sanctions on petroleum-only projects for the sale of hydrocarbon exploration equipment, technology, and services.

The U.S. has been trying to internationalize its domestic laws through sanctions policies.

The CAATSA sanctions singled out Russian activities undermining cyber-security, transactions with Russian defense and intelligence sectors, the development of Russian energy export pipelines and investment in Russian privatizations. This sanction covers the sale of critical oil extraction equipment to Russia, such as drilling rigs, horizontal drilling and well completion equipment. Moreover, restrictions have been imposed on equipment to be used in the deep sea, Arctic sea or rock and oil projects. Seismic data acquisition equipment, remote controlled vehicles and high-pressure pumps are also subject to sanctions under the CAATSA law. All these tools and equipment have been imprinted in order to reduce and weaken Russian production in the energy sector.

While the project has progressed by more than 50 per cent, the U.S. wants to increase pressure on Russia through the adoption of DASKAA for North Stream 2. However, this is not an exclusive target sought by the U.S. They are also trying to prevent Russia’s LNG projects in Europe and effect the liquefied gas terminal that Russia’s Novatek Company plans to build in Rostock. More, the U.S. is attempting to influence Rosneft, which has a share in three of the 12 German refineries. Likewise, German and Austrian governments have been concerned about the possibility of sanctions regarding investment firms since German, Austrian and other European energy companies, which finance the North Stream 2 pipeline, have the potential to face new sanctions owing to expanding Russia’s natural gas export ability.

The effects on Turkey

TurkStream and Akkuyu Nuclear Power Plant are significant projects between Russia and Turkey in the energy area. The sanctions imposed by the U.S. have a major effect on the partnership Turkey has handled with Russia in this field. More, these sanctions, especially those concerning the energy sector, could become a controversial obstacle in any future cooperation between the two countries.

According to a distinctive provision of CAATSA, any kind of investment higher than 5 million dollars on the Russian energy export pipeline will face the issued sanctions. Furthermore, any investment that contributes directly and significantly to the Russian Federation’s capacity to build energy export pipelines will be considered within this scope. These sanctions are included in goods, services, technology, information and areas that support the construction, modernization, maintenance, and expansion of energy export pipelines. Thus, these sanctions have the potential to restrict the future activities of Turkish firms in the Russian energy infrastructure and construction sector.

The U.S. sanctions on Russia may badly affect the energy partnerships between Turkey and Russia, such as TurkStream and Akkuyu Nuclear Power Plant projects.

If the DASKAA bill is enforced, sanctions will be imposed on companies that have cooperation in energy projects outside of Russia worth more than 250 million dollars. This bill, which is believed to have a negative impact on the development of relations between Turkey and Russia, will be a serious obstacle to the construction of new energy projects with Russia.

An intergovernmental agreement between Russia and Turkey was signed on October 10, 2016, in Istanbul. The agreement was adopted by the Turkish Assembly on December 2, 2016, and entered into force after it was published in the Official Newspaper on 6 December. On the other side, on January 22, 2017, the Duma –the lower wing of the Russian parliament- ratified the agreement. Later, during a session held by the Russian Council on February 1, 2017, the agreement on the TurkStream project was accepted. Thus, it is understood that the TurkStream project is not covered by the sanctions specified in CAATSA since it was applied on 2 August, 2017, before the CATSAA law was initiated. Likewise, the Akkuyu project is also not included in this range as it was initiated before the CATSAA law.

Energy security is a sensitive matter for Turkey due to the country’s dependency on external resources. This is why Turkey needs new projects and cooperation with energy exporters. The U.S. sanctions on Russia restrict Ankara’s cooperation with Moscow on the energy issue and will have a negative impact on the emergence of new projects. It is necessary to act within international platforms with other affected countries and react within the framework of international law for the abolition of the sanctions imposed.