The Odds for Erdogan and Demirtas in Turkey’s Presidential Elections

It seems like the Kurdish votes will be split between Erdogan and Demirtas in the first round of the elections. Nevertheless, in case Erdogan is not elected in the first round, he will most likely compete with the main opposition party’s candidate Ince in the run-off stage. In such a scenario, Erdogan seems much closer to consolidating the Kurdish voters than his probable rival. 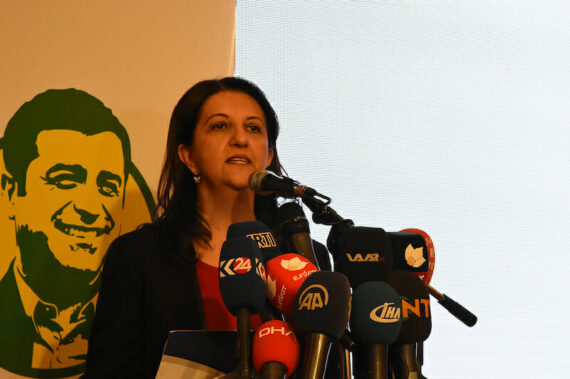 Last week, this column claimed that Erdogan is more popular than his very own party amongst Turkey’s Kurdish electorate. As all the other major parties have nominated their presidential candidates for the upcoming June elections over the past week, now we have the full picture to evaluate the odds for the Kurdish votes in Turkey.

Amongst the contestants, the conservative Saadet Party nominated the party leader Temel Karamollaoglu. The self-claimed socialist and ethnic party HDP nominated the jailed ex-leader of the party, Selahattin Demirtas. While Demirtas is closer to the Kurdish voters than Karamollaoglu, both can be seen sympathetic by the Kurdish electorate unlike the following two contestants.

Iyi Party’s candidate Meral Aksener is known as an ultra-nationalist character, while the CHP’s candidate Muharrem Ince is also portrayed as a secular nationalist figure by the electorate. Naturally, the latter two of these candidates, Ince and Aksener, will not be the first choice of Turkey’s Kurdish electorate. Amongst the other two contestants, Karamollaoglu is also not a likely choice given his party’s marginal vote share in Turkey. This leaves Demirtas as the only significant challenger for the incumbent Erdogan to win over the votes of Turkey’s Kurds. After all, the HDP under Demirtas’s leadership and Erdogan’s AK Party shared the first spot in heavily Kurdish populated districts in the previous elections. Hence, the June presidential election in Turkey’s eastern and southeastern cities will be a pairwise election between Erdogan and Demirtas.

Both candidates have their pros and cons for Turkey’s Kurds. Demirtas is a young candidate who once promised “peace,” which was a magic word in the decades-long terror-worn region. Further, as a candidate running from prison, he might gain the sympathy of a number of Kurds. Nevertheless, he suffers from two significant problems. First, the very same masses saw that Demirtas has no power over the future of the Kurdish question while the PKK keeps hijacking his electoral successes. From the eyes of the PKK politburo, every vote for the HDP in the region is counted as a vote to support the PKK’s terror campaign.

For the PKK’s acting leader Cemil Bayik, the HDP would not even get 5 percent of the votes if it were not for the PKK. Since the PKK leadership sees the HDP secondary to the armed wing, they kept criticizing the HDP for failing to carry out its assignments given by the PKK leadership. Hence, Demirtas’s and the HDP’s agency and true capabilities are questioned for plausible reasons. The second handicap for Demirtas is his problematic record for the infamous 6-7 October events. During the Kobani siege of 2014, Demirtas severely criticized Turkey, which had already accepted tens of thousands Syrian Kurds fleeing the siege. In his remarks, Demirtas made a call for Kurds to go out and resist. The events spread to 35 cities and over 30 people lost their lives, including Yasin Börü, a 16 year old volunteering for a religious humanitarian aid organization. Börü was beaten, stabbed, burnt, and thrown off the roof by the pro-PKK crowd. Demirtas repeated his resistance calls on different occasions afterwards. While this is not a shame for pro-PKK Kurds, many conservative Kurds blame Demirtas for the events leading to Börü’s murder.

Erdogan, as the only other contestant who can expect to gain Kurdish votes on mass, has also pros and cons for the June elections. One disadvantage is to compete with Demirtas, who has a significant number of fans in the region and receives sympathy for running from behind the bars. Further, it is unclear how Erdogan’s electoral coalition with the nationalist MHP will affect the Kurdish votes for him. This is something that will unfold during the campaign process. On the other hand, his biggest advantage is that no other political leader of Turkey could ever recognize the Kurdish reality as much as him up to this day. After all, Erdogan is the leader who enacted the reforms from providing Kurdish elective courses in public schools to the starting of state TV channels broadcasting exclusively in Kurdish dialects, and to allowing political propaganda in the Kurdish language. He is the leader (both as PM and president) who recognized the Kurdish reality in unprecedented degrees and tried novel solutions such as the peace/resolution processes.

At the end of the day, it seems like the Kurdish votes will be split between Erdogan and Demirtas in the first round of the elections. Nevertheless, in case Erdogan is not elected in the first round, he will most likely compete with the main opposition party’s candidate Ince in the run-off stage. In such a scenario, Erdogan seems much closer to consolidating the Kurdish voters than his probable rival.