The Opposition’s Failure in Search of a Presidential Candidate

Two important strategies of the political opposition failed in the election process. However, this does not mean that the opposition parties will quit searching a way for uniting against President Erdogan and the AK Party. 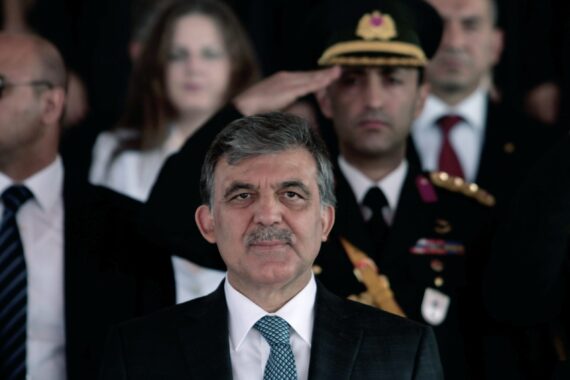 The most controversial topic in the search for a candidate was the possible candidacy of former president Abdullah Gul. Even if Abdullah Gul served in high positions within the AK Party before, the Felicity Party proposed his name to other parties and tried to convince them on his candidacy. Although Abdullah Gul has stood aloof from the AK Party since 2014, his acceptance of the Felicity Party’s proposal was quite surprising in view of the fact that President Erdogan took a lot of risks to nominate him as a candidate in the 2007 presidential elections. During the 2007 elections, the opposition parties organized a series of rallies and the military and Constitutional Court tried to prevent holding elections. However, the AK Party and Erdogan stood firm against suppression and Gul was elected as the new president. Thus, his possible candidacy was seen as “betrayal” by the AK Party circles.

Last weekend, Gul conducted a press conference and stated that he would not be a candidate in the upcoming presidential elections. Nevertheless, he confirmed that there had been a proposal from the Felicity Party to him and he was willing to accept it if a very strong consensus was reached. As Gul stated, the leader of the Felicity Party, Temel Karamollaoglu, worked hard to convince Kilicdaroglu and Aksener on Gul’s candidacy. Even the HDP was about to join this alliance if the other parties accepted. Although there was not any principle or issue that these parties agreed on and they were ideologically incoherent, they just wanted to form an alliance against the election of President Erdogan under new the presidential system. At the end of the day, this event revealed the clear-cut dissociation between Abdullah Gul and the AK Party.

One of the reasons behind the failure of the Gul project was Aksener’s rejection of backtracking on the presidential bid on behalf of Gul. Due to Aksener insisting on her own candidacy, the broad-based consensus on Gul could not be reached. Both the Felicity Party and the CHP tried to convince her but she rejected to do so. Additionally, the CHP circles showed a great reaction even if Kilicdaroglu had a positive attitude about Gul’s possible candidacy. This process had two prominent outcomes in the opposition site’s election strategy. The first one was the failure of the Gul project. The second one was the failure of having a joint presidential candidate.

Two important strategies of the political opposition failed in the election process. However, this does not mean that the opposition parties will quit searching a way for uniting against President Erdogan and the AK Party. The next two months will be highly crucial in terms of the opposition parties’ new initiations. It can be said that because they failed to do so in the presidential elections, the parties will try to find a way to form an alliance in the parliamentary elections.