The Plural States of Cinema in Turkey

Yeşilçam cinema was a particular mode of filmmaking which had developed its own unique, homegrown film language, utterly different from the Western conventions of filmmaking. Instead of relying upon classic Hollywood cinema’s strict practices of continuity editing and the creation of cinematic illusionism, Yeşilçam offered a modest yet ingenuous vocabulary of storytelling. 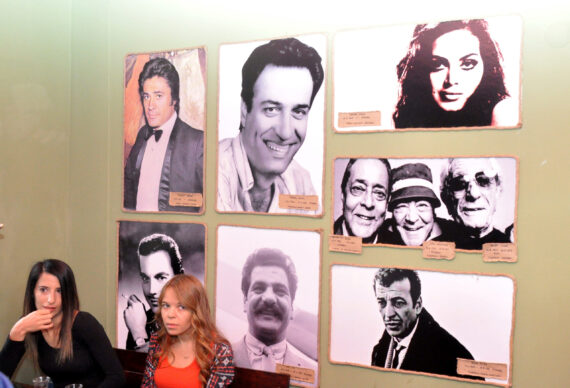 “Whither Yeşilçam?” was a question asked frequently in the 1980s and 1990s – until it was realized that Yeşilçam, the popular film industry of Turkey, was indeed gone for good. Yeşilçam cinema was a particular mode of filmmaking which had developed its own unique, homegrown film language, utterly different from the Western conventions of filmmaking. Instead of relying upon classic Hollywood cinema’s strict practices of continuity editing and the creation of cinematic illusionism, Yeşilçam offered a modest yet ingenuous vocabulary of storytelling. Although some of these conventions were simply not adopted for practical and economic reasons (resulting in a lack of dubbing, poor special effects, and continuity mistakes), the quirks of Yeşilçam cinema also emerged as a continuation of the longstanding practices of the literary and performative arts in Turkey.

While Yeşilçam was gone for good, popular cinema in Turkey reemerged in a different form in the second half of the 1990s. This comeback triggered new questions at the turn of the millennium. Was this a “new” cinema? What made it new? Is it a movement similar to various movements which are called “new:” Italian Neorealism, French, British and Czech New Waves, Cinema Novo, Nuevo Cine Mexicano, New German Cinema, and New Hollywood? Is it less a movement than just a way of understanding the ongoing transformation of cinema after the demise of Yeşilçam?

There have been two intertwining arguments about the newness of cinema in Turkey: one revolved around the longstanding separation between art house and popular cinema (less evident in the Yeşilçam era) and the other, to which I will return at the end of this article, around a larger socio-political backdrop in relation to the transformations in the definitions of identity. At the time, the post-Yeşilçam era (i.e., since the 1990s) seemed to clearly separate popular filmmaking practices including production, distribution, and exhibition network and those of the art house and/or festival cinema. For some, popular filmmakers are seen in part as a continuation of Yeşilçam, while the “new cinema” encompasses art house and festival films. Obviously, this rendering of new cinema was a result of changing filmmaking practices (the introduction of international funds like Euroimages, new co-production dynamics, filmmakers having multiple passports and identities, and the minority filmmakers). However, while this initial separation was also about a struggle to “name” the changes and the transformations in the sociocultural practices, it later left its place to further bifurcations.

In my book , Cinema in Turkey: A New Critical History, which was published in 2011, I termed this era post-Yeşilçam or the New Cinema of Turkey. However, when I look back to this now, it might have been more accurate to identify the decade from the early-1990s to the mid-2000s as properly post-Yeşilçam (Burçak Evren initially noted this term) and what happened since then as a more pluralistic and competitive phase. To put these in perspective, the initial turn at the box-office took place between 1996 and 2002 with almost ten films selling over a million tickets. This initial wave of box-office success took another turn in 2003 with five films selling over a million tickets and the top two billed around 4 and 3 million tickets respectively. This continuous rise at the box-office culminated into high marks and since 2013, around ten domestic films are selling over a million tickets every year.

As Deniz Yavuz noted in his report on the “Last Five Years of Turkish Cinema in the Digital Age,” while on average 173 domestic and international films were released in Turkey between 1990 and 2003, since 2004 this average increased to 278 films. Additionally, the average number of domestic films shown at film theaters since 2007 is around 82, while this figure between 1997 and 2006 was only around 17. When one also looks at the annual total domestic and international ticket sales figures, since 2007 this figure was always above 30 million and it also exceeded the 50 million mark since 2013. Interestingly enough, when one looks at the tenth film at the box-office in those years, we have a sharper rendering of this change. Until 2003, the tenth highest grossing film consistently sold fewer than 80 thousand tickets. The tenth film sold over 250 thousand tickets in 2003 and since 2005, this figure was always more than at least 300 thousand tickets. This has also meant that since 2004, no art house and festival films found a place among the top ten grossing domestic films.

While this picture seems quite bright, total ticket sales in Turkey is low in comparison to some major film countries such as the United States, France, Japan or India. Moreover, the majority of domestic productions still do very poorly at the box-office. Despite this, the continuation in the high number of domestic productions is enabled by the low cost of digital filmmaking technologies, market proliferation (the films are also making money through different channels such as sales of film rights to television, cable networks, IPTV, and even transportation companies), the influx of numerous young, first-time filmmakers, and finally non-profit oriented funding schemes (oftentimes, various filmmakers cover the total or the majority of the cost of their production through the Ministry of Tourism and Culture or other international funds).

Together, such changes in the production and exhibition of films show us that since the mid-2000s, the industry in Turkey not only rejuvenated itself but has also diversified in terms of production practices and filmic narratives. Unlike in the early post-Yeşilçam era where there was a straightforward separation between major popular filmmaking and art house cinema, now we have a more complicated picture: high budget popular films produced by major production houses, mid-range popular and independent films produced by different production companies, first-time filmmakers often relying on governmental and private funds and finally, established art house directors doing co-productions by utilizing domestic and international funds, as well as festival exhibition and award incomes.

Thus, the major productions are better organized and monitored in economic terms by practices unprecedentedly similar to those in Western countries: major local production companies use higher budgets (although still much lower than those in Western countries), employ star actors and better film crew and equipment, and market the films aggressively. The majority of Turkish film distribution and exhibition in Turkey is currently controlled by international companies (e.g., Warner Bros., UIP, Mars) which also help monitoring the market more closely with better data. A similar claim might also be made for established art house productions which are realized through better co-production mechanisms. However, the mid- to low-budget popular, independent, and first-time filmmaker films are the current wild world of production. These risky and poorly planned productions experience huge difficulty in terms of distribution and exhibition.

When one looks at the films themselves, in the last decade, usually half of the top ten grossing films are comedies. A few are dramas, often revolving around a love story. A few feature action-adventures (historical and crime). Horror films and documentaries are rare. On the other hand, established art house directors belong to what one might call as either “World Cinema” or as the Turkish New Wave, similar to recent new waves from various non-Western European countries such as Japan, South Korea, Hong Kong, Taiwan, Romania, and Iran. As for the mid- to low-budget popular and independent films, the picture is less bright and only a handful of them are successful either at the box-office or the international festivals.

One question that one might ask here is the following: while the contemporary Turkish TV series are doing very well internationally and while art house films perform reasonably well at international film festivals, why is this not the case for the top ten grossing films? A basic and straightforward answer to this question has to do with belonging and identity: both the TV series and art house films belong to readily accepted, clear-cut categories, the former to televisual melodrama (telenovelas, soap operas) and the latter to non-Western new wave cinemas. However, the top ten domestic films of the last decade are still very local in terms of their identity politics and cultural references. If they try to be global in terms of their storytelling and appeal, they are not strong enough to stand the competition coming from Hollywood, French and British comedies or dramas which have better production quality and a higher global appeal. It can be suggested that this also has a lot to do with the contemporary identity politics of Turkey, which is still laden with and driven by various domestic and regional problems. In this regard, what seems to be more necessary than ever is to address global issues and themes in popular cinematic narratives. 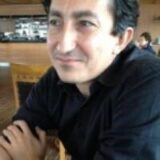 Savaş Arslan is currently a Professor at the Film and Television department at Bahcesehir University.