The Political Economy of the “Post-modern” Coup

One of the most tragic features of the era in terms of the relationship between politics and economics was that retired generals were being made members of many private companies and the executive boards of various holdings. 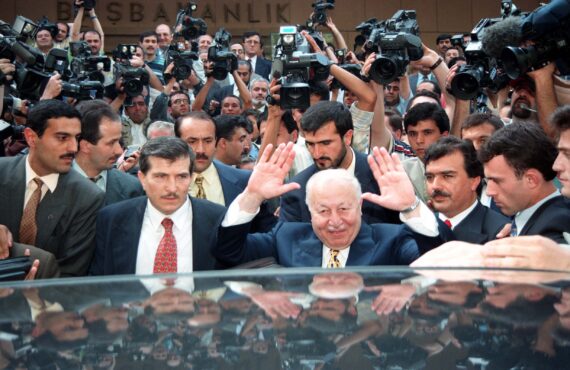 Exceptional for being a “post-modern coup” in Turkey’s history of coups and triggering one of the largest devastations of the political system in contemporary history, February 28 differs from other coups for being a process rather than a one-off intiative. Unlike conventional military coups that occurred during the multiparty system era, the coup was realized in coordination with actors from the judiciary, mass-media, academia, finance and the business worlds while the material and psychological damage it caused is still observable in various institutions and segments of society. The said damage is a result of the immense socio-psychological traumas triggered by the implementation of the headscarf ban, discriminatory quotients and national security pressure over pious segments of society with the pretense of a so-called “Sharia threat.” While there are ongoing February 28 trials today, the disappointments, tragedies and wasted years of thousands of people who were barred from employment and education are still fresh. On the other hand, it is obvious that the coup caused political and economic devastation due to banned politicians, parties that were closed down, siphoned banks and ransacked public finances. Having multidimensional societal and institutional devastations similar to all other military coups, analyzing the economic and financial damage caused by the February 28, 1997 coup is crucial.

Remembering the issues and systemic malfunctions of Turkey’s post-1980 liberalization experience is important in terms of better understanding the economic dimensions of the February 28 process. Turgut Özal led Turkey’s first wave of liberalization and implemented it according to the “Washington Consensus,” which limits state interference and enforces deregulation. During this era, the overlapping visions of the Motherland Party and foreign institutions led by the IMF and World Bank accelerated the process towards an open economy. However, even though a free market economy was advocated, failing to amend regulations and establish control mechanisms necessary for the institutional infrastructure rendered the country’s economy prone to crisis. Meanwhile, the era of fragile coalitions which began in 1991, triggered a ten-year long period of instability as political uncertainties and financial crises aggravated each other. High inflation, burden of uncontrolled public debt and the need for international loans condemned the economy to a vicious cycle in which debts were paid off with new loans. With the 1994 financial crisis, Turkey suffered its first systemic shock after the decision of financial liberalization in 1989.

The divided political structure and vulnerabilities in the management of the economy in the mid-1990s consolidated the spoils system. Public finance deteriorated due to paying high interest to the financial sector over aggravating internal debt. Systemically making losses under the pretense of “duty losses,” state economic enterprises (KITs) were being covered by high interest loans taken from private banks, making it a lucrative business for individuals with immense capital. By loaning the credits taken abroad to public institutions with high interest rates and exploiting the internal debt spiral, a superficial bourgeoisie that had the political power to form and destroy political coalitions was shaped. Along with banks, large-scale industrial enterprises in and around the Association of Turkish Industrialists and Businessmen (TÜSIAD) amassed a huge capital through internal debt incomes, which were shown as non-operating income. The terms such as industry, investment and production became obsolete in the country.

The Welfare Party’s ‘pool system’ in the Treasury

Winning the elections in 1994 through the discourse of clean politics and crowning this victory by coming first in the 1995 parliamentary elections, the Welfare Party led by Necmettin Erbakan formed a coalition with the True Path Party and was determined to implement a “pool system” that would overhaul the management of macroeconomics. Implemented in 1996, this system created a resource pool among state enterprises and allowed those showing relatively better financial performance to loan with low interest rates. Rather innovative for its time, the pool system limited the vulnerabilities of public finance that was caused by state enterprises and the total public debt started to decline. However, as has been the case throughout Turkey’s political history, the large-scale bourgeoisie objected to this innovation in order to protect their interests, resorting to anti-democratic tactics. The new public finance order caused a great loss to those who were loaning funds to the state institutions with high interest rates. Rejecting to lose their source of easy income, this financial bourgeoisie initiated its plan to either persuade the coalition to give up the pool system or to depose the coalition. A consensus was formed between the military-civilian bureaucracy and large business groups along with their media affiliates who were all ideologically opposed to the Welfare Party’s Islamic discourses. A psychological war was launched during which the economic concerns and calculations were kept hidden as a part of the strategy and some careless statements made by certain members of the Welfare Party were provocatively used to indicate a so-called “Sharia threat.”

What happened next is history. Using the expression “readjusting democracy”, February 28 process created a new type of post-modern coup aiming to change the government through the discourse “secularism is being abolished” rather than just seizing the control of the state through armed forces. Assumed to “last for a thousand years,” this process was expected to shift the economic and social balance along with the political, to obstruct political movements that emphasize Islamic identity and to constrain the conservative representatives of the business world like Independent Industrialists and Businessmen’s Association (MUSIAD) and Anatolian Tigers Business Association (ASKON).

While injecting the paranoia of regression into the subconsciousness of society with marginalized figures and images, the coup perpetrators were attempting to cover up the substantial economic and financial operation. Indeed, during the 4-year time period between February 28, 1997, and the 2001 financial crisis, Turkey lost its public finance discipline and experienced the most intense subsequent crises of the country’s political economy. Coming to power in June 1997, the coalition formed between the Motherland Party, Democratic Left Party and True Path Party, also known as the AnaSol-D coalition, removed the pool system and opened the way to the internal debt exploitation cycle. This caused the interest expenditure to national dividend ratio to increase from 5% to 17% within four years. Allowing the financial bourgeoisie to exploit internal debt, this system crashed with the twin crises of 2000 and 2001 – all tax revenue of the state was being used for paying interest and it was not enough.

The financial cost of February 28 process: over $50 billion

Along with having a detrimental effect on public finance, the February 28, 1997 coup also damaged financial supervision and regulation systems. Undermining the financial supervision system, weak coalition governments issued multiple banking licenses together with their allies including the military-civilian bureaucracy and financial bourgeoisie. Transferring public banks to private enterprises without any supervision, issuing banking permits easily, siphoning banks the high volume of international loans taken to be given to public institutions with high interest rates and the fragility of supervisory institutions triggered a banking crisis. During the process, 20 private banks announced bankruptcy and were transferred to the Savings Deposit Insurance Fund of Turkey (TMSF). Considering the burden of seized banks, their interests and the burden of public banks, which were at a duty loss, the February 28 process cost over $50 billion to Turkey.

One of the most tragic features of the era in terms of the relationship between politics and economics was that retired generals were being made members of many private companies and the executive boards of various holdings. Under military tutelage, these large-scale enterprises did not shy away from protecting themselves with senior military officers and using their influences for commercial purposes. As the Chief of General Staff Hilmi Özkök objected to this practice on ethical grounds, this tradition, which only exists in third world countries, came to an end. However, the mysterious relationship between military actors and the financial bourgeoisie is among the main dimensions of February 28, which we are yet to shed light upon. Meanwhile, it should be remembered that the TUSIAD administration – which tries to boast on being pro-democracy and pro-modernization – while reaping the economic benefits of this hefty crime period, was silent to injustices committed against conservative political movements, conservative segments of society and entrepreneurs.

Despite all institutional and democratic gains, as the July 15 coup attempt reminds us that the threat of military coups in Turkey is still alive. For this reason, democratic consolidation, social solidarity and economic institutionalization which render such coup attempts unsuccessful, shall be achieved swiftly and the anti-coup spirit should be kept alive at all times.