The Post-Sanctions Iranian Economy and Turkey

Relationships between Iran and Turkey are ready to be extended, while an efficient mechanism is needed to be constructed in between, in order to facilitate that purpose. 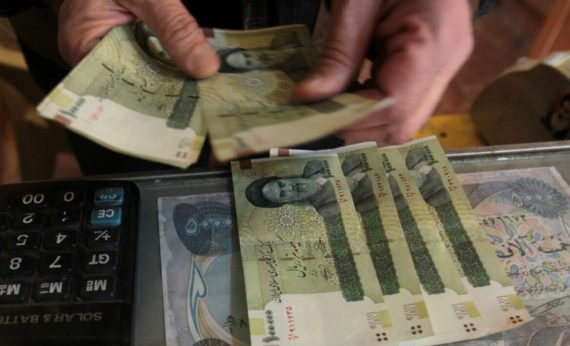 The nuclear deal reached in 2015 marked the start of a new era for Iran and its current or prospective economic partners. This landmark agreement, which has put an end to years of sanctions has allowed the country to (almost) freely integrate into the global economy. So, as an unsaturated major market, Iran has recently become the world’s new apple of the eye. This article intends to draw a brief profile of the Iranian economy and establish the basics regarding its relations with Turkey.

The nuclear deal reached in 2015 marked the start of a new era for Iran and its current or prospective economic partners.

Based on the latest data, Iran has an economy of a size nearly half that of Turkey. One apparent reason for the country lagging significantly behind its potential in recent decades is that it missed the chance to take advantage of the globalization wave. As a result, it was deprived of the global supply chains, which also possibly correlates with the low productivity levels currently dominating the economy.

On the other hand, Iran’s market exhibits a structure that did not rely only on its mineral treasures but diversified its portfolio of goods and services in various sectors in the period of interest. While the country is famously known for its rich natural gas and oil reserves, the services sector, led by trade and whole estate, accounts for the lion’s share of the economy. Industrial activities also steal a slice of the pie, with numerous subsectors. In this respect, Iran captures attention particularly with its automotive, petrochemical and pharmaceutical sectors. Nevertheless, it should be underlined that even some prominent sectors in the country need to be overhauled or technologically updated in order to attain the quality and efficiency desired.

Beyond its sectoral diversity, the Iranian economy glows with its dynamic population of 79 million. Whereas female labor force participation remains a problem, young individuals offer strong potential for the country, with additional hundreds of thousands expected to join the work force in the next few years. In addition to its considerable size, Iran’s human capital is also distinguished for its quality in terms of education and engineering, in particular. Hence, the underutilization of the existing labor force needs to be addressed and turned into an advantage.

Besides its internal dynamics, Iran undoubtedly has the potential to become a regional hub due to its location, possessing both territorial and maritime dominance.

As signaled by its favorable demographics, including a dense population and strong urbanization, the Iranian economy appears as an appetizing market with a sound tendency to consume. The vivid climates in metropolises such as Tehran, Mashhad, Tabriz and Isfahan, as well as some other cities with populations over 1 million, reveal the hunger for growth. Moreover, besides its internal dynamics, Iran undoubtedly has the potential to become a regional hub due to its location, possessing both territorial and maritime dominance.

On the other hand, despite the attractive properties listed above, it will not be an easy job to accelerate the Iranian economy with the snap of a finger, owing to some challenges in the business environment. In other words, countries or firms aspiring to collaborate with Iran might need to think it twice. At this point, how convincing the Iranian government can act in terms of reforms will obviously be a critical factor.

One of the basic problems that the government primarily has to focus on is the heavy red tape and discouraging slowness in official procedures. The cumbersome bureaucracy within public institutions, which hinders transactions and intimidates businesspeople, ought to be curtailed. Furthermore, it is beneficial to be aware of the fact that the private sector in Iran is, in fact, mostly composed of firms supported by the Revolutionary Guards or charitable foundations called Bonyads. Put simply, the Iranian private sector cannot be described as having a totally free or independent structure.

Put simply, the Iranian private sector cannot be described as having a totally free or independent structure.

Another fundamental need in the economy of Iran is an efficient banking and financial system that would facilitate global transactions and, hence, serve as a catalyzer. On the other hand, it is well known that the fulfillment of this requirement depends partly on the attitude of the Western powers towards cooperation. So far, most European financial institutions have not thrown away their hesitations to enter the Iranian market due to concerns regarding punishments.

In brief, the basic pros and cons of the Iranian economy imply that Iran has every right to come forward as a promising economic actor, though with certain disadvantages to be highlighted. While the Iranian government has to deal with the relevant challenges for making the country an attractive market, businesspeople around the world need to raise their awareness and get well informed in order not to fail. In other words, to build strong and sustainable economic ties, all parties need to face a number of difficulties in the sanction-free period.

WorldBy Belkıs Kılıckaya
As for Turkey, its acquaintance with the Iranian market is somehow better than that of many Western countries, partly because bilateral economic relationships did not cease in the sanctions period. Having had underlined its sole responsibility for abiding by the UN decisions only, Turkey did not follow the nuclear-related sanctions imposed by the EU and the US against Iran. Accordingly, it allowed its firms to keep doing business with the neighboring country in the period of interest. Yet, it was witnessed that Turkish businesspeople still hesitated to be involved in the Iranian market to some extent. Plus, global restrictions enforced through the financial system had inevitable adverse implications, thereby weakening the ties. In consequence, in the recent past, mutual economic relations have proceeded in a stable but unimpressive manner.As of today, both Iran and Turkey are among the 10 top export partners of each other, presenting a trade outlook to be further developed with the support of the nuclear deal. The new period is also expected to speed up investment relations and both countries seem to be willing to collaborate in many aspects. On the other hand, it is no secret that most major economies have an eye on Iran with a strong desire to cooperate, notwithstanding their concerns. So, an essential question that comes to mind at this point is, ‘What differentiates Turkey from others?’

The extensive experience of Turkish businesspeople in the Iranian market is quite valuable for paving the way for new economic collaborations.

In an attempt to answer this question, one simple explanation comes from geographical proximity. In spite of certain ups and downs between the states in the past, the Iranian people feel close to Turkey thanks to the neighborhood shared for centuries. Beyond some cultural similarities, Iranians envy Turkey as a western independent Muslim country and the positive perception created by such factors is also backed by the density of the Azerbaijani population in the country. Moreover, Rouhani’s intent to prioritize economic relations with the neighboring countries in the new era provides another advantage for Turkey, particularly based on its strategic location bridging Europe and Asia. On top of that, the extensive experience of Turkish businesspeople in the Iranian market is quite valuable for paving the way for new economic collaborations.

In summary, the outlook presented above delivers the following messages: Iran offers exciting economic prospects, along with some challenging conditions. In this respect, relationships between Iran and Turkey are ready to be extended, while an efficient mechanism is needed to be constructed in between, in order to facilitate that purpose. On the other hand, for Western countries that are keen to strengthen their ties with Iran, Turkey could serve as a trusted third party with its considerable experience in the Iranian market. In this way, the weaknesses of the Iranian economy could be somehow turned into opportunities, producing win-win outcomes for all sides.