ISIS-K was established in January, 2015 and was able to establish territorial authority in numerous rural areas in north and northeast Afghanistan. 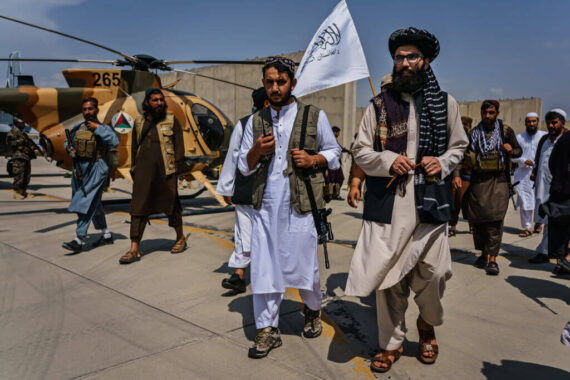 Anas Haqqani, center right, gets a tour of the military vehicles seized by Taliban fighters after the militant group seized the Hamid Karzai International Airport, in the wake of the American forces completing their withdrawal from the country in Kabul, Afghanistan, Tuesday, Aug. 31, 2021. Photo by Marcus Yam, Los Angeles Times via Getty Images

Prior to the terror attacks outside Kabul Airport that took the lives of 170 people and at least 200 wounded which included Afghan civilians and American military personnel. Western countries were warned of an impending strike. The attack on August 26, 2021, did not surprise the Pentagon, and neither did their perpetrators. The Islamic State Khorasan Province (ISKP) was ready to inflict devastation by taking advantage of the chaos at Kabul Airport.

The U.K, New Zealand and the U.S. were warned; as stated by a senior U.K. defense official James Heappey, who told the media prior to the bombing of an ‘imminent, lethal attack’. The U.S. embassy in Kabul sent a warning on August 28th warning US citizens in Afghanistan at many airport gates to “leave immediately” due to security risks. President Joe Biden has highlighted the possibility of an assault many times during the last week, using it as justification for not delaying the August 31 deadline for military withdrawals.

In response, President Joe Biden vowed to track down the perpetrators and instructed his military chiefs to devise counter-plans against the terror group and later on stated “And to ISIS-K: We are not done with you yet”.

ISIS-K and their objectives

The Islamic State Khorasan Province, also known as Daesh Khorasan, ISIS-K, ISKP, is an official affiliate of the so-called Islamic State in Afghanistan, as acknowledged by its central leadership in Iraq and Syria. ISIS-K was established in January of 2015. It was able to establish territorial authority in numerous rural areas in north and northeast Afghanistan in a short period of time, and it started a deadly campaign across Afghanistan and Pakistan.

ISIS-K perpetrated assaults against minority groups, public spaces and institutions, and government offices in major cities in Afghanistan and Pakistan in its first three years. Emboldened by America’s withdrawal, ISIS-K initially appeared in 2015, a year after ISIS — originally a branch of Al-Qaeda that developed into a competitor — captured tracts of territory across Iraq and Syria and declared a caliphate.

Both ISIS-K and the Taliban are religious fundamentalist groups who aim to govern via an authoritarian system based on their radical interpretation of the Sharia law.

Both ISIS-K and the Taliban are religious fundamentalist groups who aim to govern via an authoritarian system based on their radical interpretation of the Sharia law. Though both employ violence to maintain their regimes, the distinctions between the extreme organizations – as well as others like Al-Qaeda – basically boil down to significant strategic disparities, ISIS-K’s goal is to establish a caliphate in Central and South Asia; outside the borders of Afghanistan whereas the Taliban’s focus is establishing an Islamic governing state within Afghanistan.

The ideological interpretation and enforcement of the Sharia law is one of the vital differences between the most important Daesh and the Taliban. One element is how women are treated in their interpretation of Islamic law. Reuters Institute of Journalism published a lengthy paper on this topic stating that “ISIS heavily sexualizes females as an object… whereas Taliban portray women in one consistent role.”

Devastated by foreign invasions and civil war, Afghanistan has long been a stronghold for fundamentalist terror organizations ranging from the Taliban to Al-Qaeda. While such groups were the focus of the U.S. and Afghan security operations, ISIS-K was founded by defectors from the Taliban and the Haqqani network, a criminal organization affiliated to the Taliban. There are ideological similarities between the Taliban and ISIS-K, both however have been fighting since 2015, when ISIS expanded into Afghanistan and drew Taliban defectors who were dissatisfied with their own group’s development and believed it was not harsh enough.

The CSIS (Center of Strategic and International Studies) stated in a 2018 report on the inter- group competition in Khorasan, “IS-K’s hostility towards Pakistan, indiscriminate takfiri violence, and willingness to exploit local grievances has mounted considerable aversion to the Islamic State in Pakistan and Afghanistan”. According to the report, since 2017 Isis- K expansion has triggered deadly confrontation and competition with some of the region’s existing groups.

The Armed Conflict Location & Event Data Project (ACLED) has reported 207 confrontations between IS-K and the Taliban since January 2017. These confrontations took place in 14 of Afghanistan’s 34 provinces, with the majority taking place in Nangarhar, Jowzjan, and Kunar. Clashes are to be expected in Nangarhar and Kunar, since both provinces border Pakistan and have served as IS-K bases of operations since its inception. However, the majority of the violence in Jowzjan is the result of the defection of former Taliban and IMU leader Qari Hekmatullah, who declared allegiance to IS-K in 2016.

VIDEO: Afghanistan: What is the Khorasan branch of Daesh?

International experts are afraid that the humanitarian situation will worsen in the coming weeks and months, despite the fact that comprehensive evaluations will take time and require much enhanced humanitarian access. In the first half of 2021, civilian deaths and injuries in Afghanistan hit new highs, with a particularly significant spike in killings and injuries since May 2021, when international military forces began to depart, and combat increased following the Taliban onslaught.

On July 26th, UNAMA (United Nations Assistance Mission in Afghanistan), released a new study, in which it predicts that unless violence is significantly reduced, Afghanistan will see the greatest number of documented civilian fatalities in a single year since UNAMA records began in 2021.

The research warns that if the rising violence is not stopped, an unprecedented number of Afghan civilians will die or be wounded this year. According to the head of UNAMA, Deborah Lyons, “The data shows a very disturbing trend, particularly since early May, of ever-increasing numbers of Afghan civilians being killed and injured due to the expanding conflict”.

This will most certainly continue to spread terror and confusion, delay the withdrawal process, and demonstrate that the Taliban are unable to provide security to the populace in the short term. If the organization can reestablish some kind of territorial control in the long run and recruit additional fighters, it is likely to make a resurgence and represent a danger on a national, regional, and worldwide scale and the attack on Kabul Airport would be small in comparison to what they’re capable of doing, and will further exacerbate a Central Asian refugee crisis. 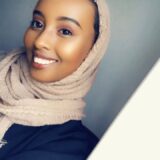 Also Read
European Foreign Fighters and Their Children Are in Limbo