The problem of minority representation in Europe

Interestingly however, the report emphasizes that descriptive representation (the number of Muslim MPs) does not directly equate to substantive representation (the political eagerness to present and defend the rights of the group that the politician represents). This highlights the fact that the social rights and problems faced by Muslim minorities may not always be defended by Muslim political elites in Europe. 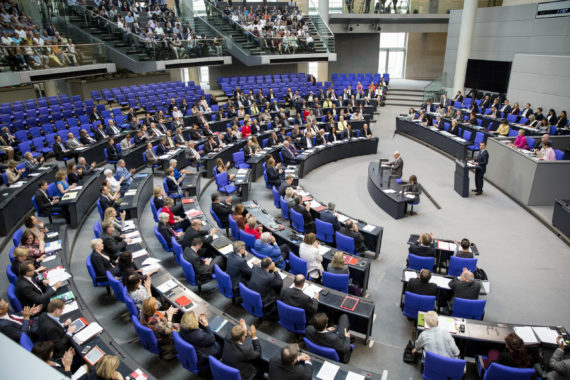 View of the German parliament, the Bundestag. Anadolu Agency

Professor Sener Akturk’s report “Political Engineering and the Exclusion of Religious Conservative Muslims in Europe” which was published by SETA, presents us the underrepresentation problem of Muslim minorities in twelve Western European countries. Akturk separates them into 6 pairs and 3 clusters; Austria, France, Spain and Italy the first, Germany, Norway, Denmark and Switzerland the second, Norway, the Netherlands, the U.K. and Belgium the third clusters. These pairs differ from each other on the underrepresentation of Muslim minorities, the historical background of Muslim presence on their lands and the political tendencies and gender equality rate of MPs.

Even though they have larger Muslim populations and deeper historical roots with Islamic culture, the first quadruplet has extremely low or almost no Muslim representation. The second quadruplet has encountered Muslim minorities more recently, but still have a moderate level of Muslim underrepresentation – except for the case in Switzerland. In this group, Germany draws attention with 19 Muslim MPs out of 709 in the Bundestag.

Switzerland is very distinct in this group with only 1% Muslim representation in Parliament although the country has a 4.5% Muslim population. Nevertheless, Switzerland is a country that has very restrictive citizenship laws. Currently only 12% of Muslim residents in Switzerland are Swiss citizens.

In his report, Akturk also reveals another important factor, which is the disproportionate representation of genders. While many European countries, especially France and Germany, suffer from a fatigue in the underrepresentation of women, Akturk’s report finds that there is an overrepresentation of Muslim women in European parliaments. This proportion is more balanced in Sweden.

Interestingly however, the report emphasizes that descriptive representation (the number of Muslim MPs) does not directly equate to substantive representation (the political eagerness to present and defend the rights of the group that the politician represents). This highlights the fact that the social rights and problems faced by Muslim minorities may not always be defended by Muslim political elites in Europe. For instance, Muslim MPs did not loudly oppose Islamophobic developments, especially in Switzerland, such as the ban of constructing mosques with minarets.

One can infer from the report that Muslims across Europe are not well represented in parliaments. While the report solely focuses on “conservative Muslims,” the term here can be accepted to refer to Muslims that want to be able to live what Islamic culture requires publicly and freely, raising the question as to whether we ought to call them “conservatives.” However, it is clear that the disconnection between heavily leftist and liberal Muslim MPs and the so-called “conservative” sect of Muslim society has resulted in a weakening political entity in Europe.

This report leads us to ask questions such as, who are the conservative and secular Muslims in Europe, why do leftist parties have the weight on Muslim representative in European parliaments, what would European politics look like if there was an increase of the number of Muslim MPs in conservative parties and how would this reflect on substantive representation?