The Quest for Financial Stability in a Financialized World

Although financial stability in today’s extremely financialized world is not easy to achieve, there are important – yet not exhaustive - tools such as wealth funds, capital controls and use of local currencies in order to lessen the negative effects emanating from unfettered financial markets in an era of financial supremacy. 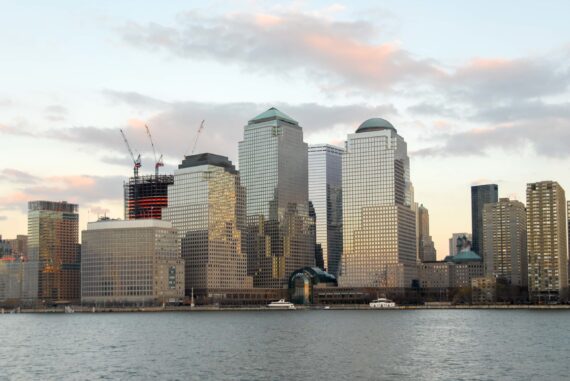 The Bretton Woods system, which had been in place for about thirty years after WWII, was a system of financial stability. Under this system, exchange rates were fixed, interest rates were capped and international capital flows were highly restricted. While industrialized countries were protected from foreign trade by various implicit foreign trade walls such as anti-dumping duties and voluntary export restraints, high tariff walls and trade quotas were also in place for industrializing countries such as Turkey.

With the collapse of this system and the rise of neoliberalism in the 1980s, the rules of the game changed almost altogether. Exchange rates were left to float freely, caps on interest rates were removed altogether and restrictions on international capital movements were discarded almost entirely. This period also witnessed the rise of the internet and much more powerful computers, which made possible financial transactions unimaginably faster and easier and expanded the outreach and influence of the financial system to cover almost all the globe.

On the other hand, developing countries were trying to industrialize through import-substitution policies in the old Bretton Woods system. With the rise of neoliberalism, policy-makers in industrialized countries and officials of global institutions such as the IMF and World Bank began to preach free-market gospel forcefully. The usual development prescription was the almost total elimination of trade barriers and liberalization of the financial system altogether. Industrializing countries were told that rather than an import-substitution, an export-oriented growth strategy was the right way in leading to prosperity. In the end, restrictions on trade have been discarded to a significant extent, albeit selectively and porously in favor of industrialized countries.

In the end, industrializing countries found themselves in a rather delicate position in the neoliberal era: they became much more connected to the global economy and trade, and they needed international capital in order to both industrialize and secure economic and financial stability. In order to achieve these goals, a firmly established financial infrastructure should have been in place. However, as is well known, this was not the case. In the end, the number of financial crises in the neoliberal era skyrocketed.

Equally important was that financial speculation and instability of different sorts and magnitudes have become the norm, not just for industrializing countries, but for industrialized countries as well. Hence, in the neoliberal era, the relationship between countries and financial markets transformed significantly to the advantage of the latter. Having been under constant threat of financial turmoil and instability, state power over financial markets diminished to a great extent and the power of financial markets over states increased steeply. Prominent IR (International Relations) scholar Susan Strange makes the same point in her famous book The Retreat of The State (1996) and says that “where states were once the masters of markets, now it is the markets which, on many crucial issues, are the masters over the governments of states.”

Faced with this “financial challenge” and endured financial crises and/or instabilities, governments around the world mostly gave in as Susan Strange expresses, because containing this financial problem required a concerted effort on part of governments around the world and no single country could overcome this challenge alone. In other words, in order to be able to decrease financial risk to acceptable levels in which “states are masters over markets,” the world needs to leave the neoliberal system behind and enter a new era, similar to the Bretton Woods system, at least in financial terms.

Nevertheless, there are certain measures that states can take in an effort to mitigate market supremacy to an extent within the boundaries of the neoliberal system. With the lesson learned from financial crises, states around the world understood that they needed much more foreign reserves –particularly U.S. dollar denominated- to withstand financial attacks and speculations. Today, it is not uncommon that countries boast about how much foreign reserves they have accumulated in their coffers. For example, Turkish foreign exchange reserves have risen from around 20 billion to over 100 billion U.S. dollars just within a decade and stands at over 110 billion U.S. dollars as of 2017.

However, apart from using foreign exchange reserves as a cushion against financial speculations and financial attacks, there are at least three additional tools to be exploited by governments, which do not necessitate coordination among them or a new paradigm such as Bretton Woods. First, sovereign wealth funds could be used as a counter-measure and an indirect preemptive tool against financial attacks and speculations with foreign exchange portfolios at their disposal. As a case in point, the Turkish Wealth Fund (TWF) was formed in August 2016 and its portfolio value reached 160 billion U.S. dollars within just 6 months after its inception. In this regard, the Turkish government could exploit the vast financial sources at TWF’s disposal directly or indirectly.

Second, while the free movement of international capital became a norm in the neoliberal period, in the wake of the burst of the global financial crisis in 2007-08, an increasing number of scholars around the world began to question the merits of this. Even the IMF, which has traditionally been the ardent supporter and enforcer of laissez faire capitalism, began to defend some sort of capital control for financial stability reasons. In this regard, capital controls of sorts could be implemented as a direct preemptive tool to decrease volatility in financial markets and narrow the space in which financial attacks and speculations could be realized.

Third, states can make bilateral agreements on using their own currencies when trading with each other in order to alleviate exchange rate risks and their vulnerability to the U.S. dollar or Euro. While this option has important merits in terms of financial stability, its implementation is not easy for obvious political reasons. However, this idea can be exploited to a significant extent and there are some initial steps towards this end, for instance between Turkey and Russia.

All in all, although financial stability in today’s extremely financialized world is not easy to achieve, there are important – yet not exhaustive – tools such as wealth funds, capital controls and use of local currencies in order to lessen the negative effects emanating from unfettered financial markets in an era of financial supremacy.