The Rise of Bitcoin and its Ambiguous Future

Cryptocurrencies are an important component of the great digital transformation. As discussed in various circles, Bitcoin and similar currencies might be a bubble that could burst. However, the technological development suggests that these kinds of currencies will become an inevitable part of our daily economic activities. In this respect, Bitcoin and altcoins have influenced the globe within a short time. 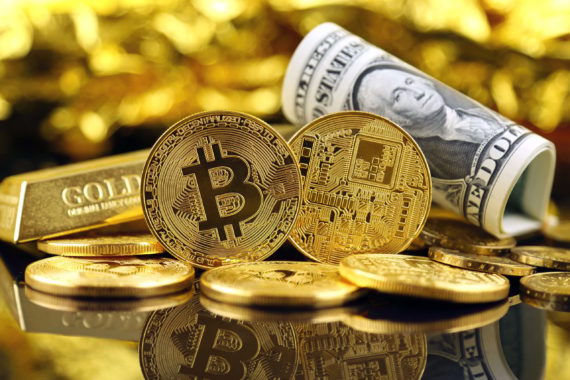 While there were important developments transpiring in the cryptocurrency market throughout the last year, Bitcoin was the most prominent among these currencies. This is due to Bitcoin’s market volume, its high number of users and the fact that it has become an accepted currency by certain firms and companies. Since its conception after the Global Crisis, Bitcoin has become a phenomenon of the last couple of years, increasing its value tremendously in terms of trade volume and market capitalization.

Growing twenty-fold within 2017, the value of Bitcoin was around $20,000 by the end of the year. Beside its increase in value, piquing individual and corporate interest in Bitcoin, its acknowledgement as a legal entity for example in Japan, and cryptocurrencies being managed in prominent derivative markets (CME, CBOE, Nasdaq) were some of the most important developments. These developments aimed to increase interest in cryptocurrencies, while also decreasing the fluctuation in terms of their value. The instability and over-volatility of Bitcoin and other cryptocurrencies still raise the question as to whether they have a future in the markets.

The rise of Bitcoin

What makes Bitcoin different and special is that it can be exchanged between buyers and sellers digitally without the requirement of any third-party authority such as a state or central bank. Even though Bitcoin is defined as the brainchild of a utopian crypto-anarchism due to the fact that it is decentralized and encrypted, it has transcended their control. The introduction of Bitcoin into the market and its ever-increasing demand has led to the creation of diverse cryptocurrencies – currently over 1469 different types. Meanwhile, within the approximately 7814 markets, the trade of these cryptocurrencies increase day-by-day.

The most distinguishing feature of Bitcoin is that unlike fiat money (for example the Dollar or Euro), which is controlled by a central authority, Bitcoin is controlled through a software algorithm. Backed by an advanced technology called “blockchain,” Bitcoin’s creation and exchange relies on encryption (cryptography) principles. Being the most prominent cryptocurrency, Bitcoin was founded to be limited to 21 million units, 16,814,000 of which are currently in circulation. The limited supply of Bitcoin indicates that its increase in value is inevitable due to recent skyrocketing demands. Bitcoin’s supply was limited as it is intended to be used as the gold-standard.

When introduced in 2010, the value of Bitcoin was around $0.07, by early 2011 it had increased to around $1. Valued at $13 in 2012, Bitcoin continued to rise to $266 in 2013 and reached $960 by the end of 2016. By 2017 however, Bitcoin skyrocketed to the value of $20,000. This tremendous rise was widely covered by news outlets and Bitcoin was labelled the “digital/virtual” gold. The performance of Bitcoin triggered many individuals to re-direct their investments to cryptocurrencies. This interest in cryptocurrencies increased the demand of Bitcoin and led to the growth of its trade volume and increase in its value. Bitcoin’s swift rise in terms of value transcended its purpose and its fluctuations allowed it to become a speculative investment. Causing loss to investors and users, this extreme fluctuation sparked discussions regarding Bitcoin being some sort of a bubble.

Despite not being based on any legal currency, there are various platforms (such as online exchange markets) where users can exchange Bitcoins. Bitcoin and altcoin markets are different than conventional markets. Dubbed as cryptocurrency markets, these platforms are independent from countries and do not have opening-closing hours. There are also other platforms that allow the exchange of Bitcoin into real money.

While Bitcoin has become increasingly widespread over the internet and online shopping, there are also an increasing number of companies and ATMs that accept Bitcoin. Many establishments such as eBay, Amazon, Dell, Microsoft, Subway, Tesla and Bloomberg, accept Bitcoin as a method of payment. Currently, Bitcoin is accepted as a payment method for over 11,000 establishments worldwide. Besides being a popular digital currency, Bitcoin is also – physically – available at 2088 ATMs across 61 different countries. 35% of these ATMs also allow transactions with select altcoins. 60% of ATMs that allow Bitcoin transactions are located in the U.S.

In terms of numbers, the U.S. has 1197, Canada 316 and the U.K. has 104 ATMs. In respect to continents, 96% of the ATMs are located in North America and Europe, while only 2.4% of them are located in Asia. The increasing number of Bitcoin ATMs indicate that on average, every 2.5 days, a new Bitcoin ATM is placed.

Similar to how Bitcoin has become a payment method on many international platforms, it is also accepted by numerous establishments in Turkey. There is news about Bitcoin becoming a payment method in sectors such as the real estate, food and education. BTCTürk, one of the intermediary cryptocurrency markets in Turkey, has announced that it was working to establish the infrastructure which would protect establishments against the sudden shifts in exchange rates and allow users to use Bitcoin online and during shopping. In this respect, it’s definite that Turkey needs certain laws to regulate the usage of cryptocurrencies. While cryptocurrencies and their markets, along with the backing blockchain technology is spreading internationally, Turkey should implement regulations which will transcend individual initiatives.

Despite having significant volumes, Bitcoin and altcoins are prone to volatility and speculations. Meanwhile, as they may be used for money laundering and other illegal activities, these currencies are as dependent as they are independent. Thus, due to the risks and opportunities they pose, cryptocurrencies will be addressed by governments all around the world. Indeed, many countries have already implemented certain regulations, while others have been observing cryptocurrencies and legitimizing them.

While the interest in Bitcoin increased after a crisis in Southern Cyprus, it has become especially useful in European countries where banks are unable to provide services to the public, like in Greece, Italy, Spain and Portugal. Due to the fact that Bitcoin allows people to realize various transactions such as withdrawing and transferring money independent of the financial system in the country, they have become popular. As it could be remembered, the Finance Minister of Greece, one of the countries that suffered from the Euro Crisis, had threatened the troika with making Bitcoin the national currency of Greece.

The production and transfer of Bitcoin, which could be defined as a tax and cost-free currency, could be observed by anyone. While the amount of dollars, euros or liras in circulation are unknown, Bitcoin is monitored with ease. Everyone is able to see the amount of Bitcoin in circulation and observe the transfers between wallets, including the amount and the date. In this respect, Bitcoin is established on a transparent system.

Besides their advantages, Bitcoin and altcoins possess certain risks. While their simplicity and cost-free transfer are advantageous, the lack of management or control by an institution or central authority poses certain risks in terms of security. For instance, while paying university tuition fees, or paying employees their salaries with Bitcoin is an opportunity, the fact that JP Morgan’s CEO deemed Bitcoin as “fraud” and expressed that he would “fire anyone buying Bitcoin,” affects not only the demand but also the value of Bitcoin to an extent.

Meanwhile, there are newly emerging altcoins, whose numbers are over a thousand, that do not have a future and are a get-rich-quick scheme. Inspired by the de-centralized Bitcoin, the arms race between altcoins in terms of hash processing power, excessive power consumption and Bitcoin mining becoming monopolized as an industry are some of the negative aspects of cryptocurrencies. Moreover, prohibitions against cryptocurrency investments and mining are being implemented in Asian countries. As is known, China has prohibited the exchange of cryptocurrencies, while Korea may put an embargo on cryptocurrency markets.

Cryptocurrencies are an important component of the great digital transformation. As discussed in various circles, Bitcoin and similar currencies might be a bubble that could burst. However, the technological development suggests that these kinds of currencies will become an inevitable part of our daily economic activities. In this respect, Bitcoin and altcoins have influenced the globe within a short time.

Despite being new, not having any legal status and having the possibility of being used for illegal activities, the swiftness, low costs and risks render Bitcoin and other cryptocurrencies attractive. In fact, even though Bitcoin has yet to prove itself, cryptocurrencies have tremendous potential in the mid and long-term. Rather than dis-regarding, governments should take initiatives that will prevent people from being victimized and allow the employment of blockchain technology. The increasing number of users and investors, both individual and corporate, make it necessary for governments to implement regulations and enact laws in order to keep up with this transformation.