Saudi Arabia no longer considers the United States as its sole partner in global and regional politics. 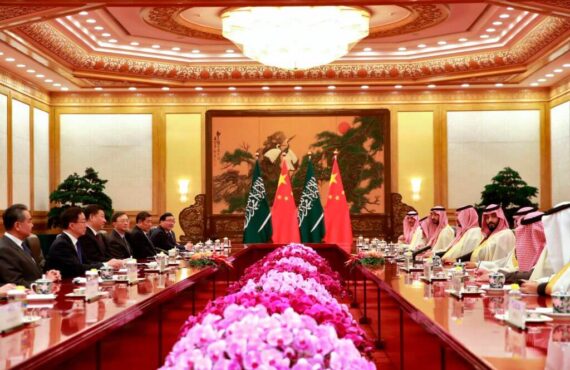 Saudi Arabia’s foreign policy has been in transformation particularly since the start of the Arab uprisings that began in Tunisia in late 2010. While Saudi Arabia previously followed close cooperation with the United States in regional and global politics, its foreign policy had a different turn in the post-Arab revolutions era. This was mainly because of two reasons: First, the Obama administration in the U.S. made unexpected moves that irritated the Saudi leadership. While Obama was not as keen as Saudi Arabia in preventing the success of Arab revolutions, his moves to restore U.S. relations with Iran received cold reaction from the regime in Riyadh.

Another decision that caused mistrust between Saudi Arabia and the U.S. was the Justice Against Sponsors of Terrorism Act. The JASTA allowed for U.S. citizens to sue foreign governments that were believed to be involved in terrorist activities in the U.S. The bill was originally intended to allow families affected by the 9/11 terrorist attack to sue Saudi Arabia, which allegedly played a role in the attacks on the World Trade Centre buildings in New York. As the uncertainty towards Saudi Arabia grew in the U.S. leadership, Riyadh’s trust in Washington also loosened. The problem also continued in the post-Obama era, despite the efforts by U.S. President Donald Trump to re-gain the trust of Saudi Arabia.

As China is becoming a vital player in the Middle East and Africa, Saudi Arabia considers Beijing as an actor, which can bring foreign policy benefits for Riyadh.

In the face of these developments, the Saudi leadership had sought for alternatives in order to establish long-term alliances that could bring political and economic benefits in regional and global politics. An important actor in this regard is China. Beijing is important for Riyadh for a number of reasons: First of all, China is one of the biggest oil importers for Saudi Arabia. As Chinese economic growth continues, Beijing will sustain its level of oil imports from Saudi Arabia. For Riyadh, China is a crucial market, which brings huge revenue from oil.

Another reason for China’s rise as an important partner for Saudi Arabia is related with global geopolitics. As China is increasingly becoming a player in the Middle East and Africa, Saudi Arabia considers Beijing as an actor, which can bring foreign policy benefits for Riyadh. For this reason, Saudi Arabia has increasingly sought to deepen its relationship with Beijing.

Despite Trump’s efforts to reassure the Saudi leadership of U.S. support, Riyadh has been more careful due to the uncertainty and continuing mistrust between the two countries.

The Saudi interest in advancing relations with China can be observed from the high level visits made from Riyadh to Beijing. The frequency of these visits increased after 2015, following the leadership change in Saudi Arabia. In 2016, former Defence Minister, Mohammad bin Salman, visited China in order to bolster economic cooperation between the two countries.

In 2017, Saudi premier King Salman made a month-long trip to Asia, which included China. It is reported that the Saudi King signed deals worth as much as $65 billion with the Chinese leader. More recently, the Saudi Crown prince visited China in February 2019. Apart from signing a number of economic agreements, MbS showed strong support with the Chinese administration in Beijing’s controversial policies in the Xinjiang region towards Uighur Muslims.

Saudi Arabia no longer considers the United States as its sole partner in global and regional politics. Despite Trump’s efforts to reassure the Saudi leadership of U.S. support, Riyadh has been more careful due to the uncertainty and continuing mistrust between the two countries. Moreover, economic objectives, geopolitical concerns, and the unstable regional political environment has forced Saudi Arabia to seek for new alternatives in global politics. As a result, Saudi Arabia sought to develop stronger ties with China. It can be argued that turning this cooperation into a strategic partnership is the next step in line for relations between Riyadh and Beijing.