The Rise of Hate Speech against Syrian Refugees in Turkey

Some right-wing extremist politicians in Turkey blame refugees for the ongoing economic problems and for the level of unemployment. Since most of the acts on dehumanizing Syrian refugees take place on social media, there is a need of a well-planned strategy to fight against it. 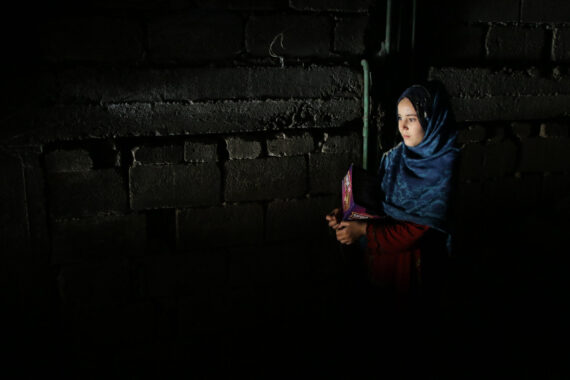 In the last couple of weeks, Turkey has been witnessing an increase of hate speech against Syrian refugees. While the first traces had appeared on social media channels, refugees became exposed to physical and psychological attacks in daily life. Even though this issue is still being ignored among the public, it is crucial to discuss the reasons behind this phenomenon and possible ways to fight against it.

Although the exact number of Syrian refugees is unknown, the estimated number of refugees in Turkey is around 3.6 million. Since the migration flow that began in 2010, Turkey has illustrated great success in building refugee camps and providing access to first aid services. Nonetheless, due to the fact that the war in Syria has not ended, it is not possible to host all refugees in these camps. As a result, refugees migrated to cities in order to start better lives.

Today, 87% of Syrian refugees in Turkey are living in cities. While Istanbul hosts the highest Syrian population with around 500 thousand people, Gaziantep, Sanliurfa, Hatay, Adana, Mersin, and Bursa follow suit. Although authorized institutions and organizations such as the Disaster and Emergency Management Presidency (AFAD), Directorate General of Migration Management, the Ministry of National Education (MEB), and the UN work for the integration of refugees in Turkey, there is still much work to be done.

Contrary to all struggles to integrate refugees into society, some circles have shown enormous reaction to this from the very beginning. Unfortunately, some high-level politicians and prominent public figures have also shown the same reaction against all integration efforts in Turkey.

It is not acceptable to use hate speech against vulnerable groups, such as Syrian refugees, who do not have equal chance to defend themselves in public.

It is very well known that every society reacts against social integration and cohesion efforts to some extent. Nevertheless, it is not acceptable to use hate speech against vulnerable groups that do not have an equal chance to defend themselves in public.

I personally know a refugee who suffers discrimination on a daily basis. A couple of months ago, I met a 9-year-old Syrian refugee boy who is a primary school student. He told me that most of his classmates bully him at school but that he prefers not to respond. Indeed, there are loads of other refugees that experience the same kind of treatment in society. This definitely needs greater recognition.

As stated, increasing the awareness and recognition of this issue is crucial to fight against xenophobia and hate speech, which is on the rise in Turkey. The role of public figures is especially important in order to create awareness in all circles of society.

I met a 9-year-old Syrian refugee boy who is a primary school student. He told me that most of his classmates bully him at school but that he prefers not to respond.

Since most of the acts on dehumanizing Syrian refugees take place on social media, there is a need of a well-planned strategy to fight against it. Some right-wing extremist politicians blame refugees for the ongoing economic problems in the country and the level of unemployment. Since their ideas become very influential and spread all over society, there is a need of urgent actions on this issue.

The rise of hate speech in all circles of society shows that it is necessary to teach the importance of tolerance and respect for diversity at schools. The Ministry of National Education conducts comprehensive projects to teach these values at primary school. Nevertheless, all circles of society should show an effort to increase the awareness of the danger of rising xenophobia and hate speech against Syrian refugees before it is too late.