Geopolitics 101 says that Turkey and the U.S. have to agree, one way or another, over the issue of S-400s. It seems likely that Turkey will receive the S-400s as promised, yet the issue will be solved with the U.S. 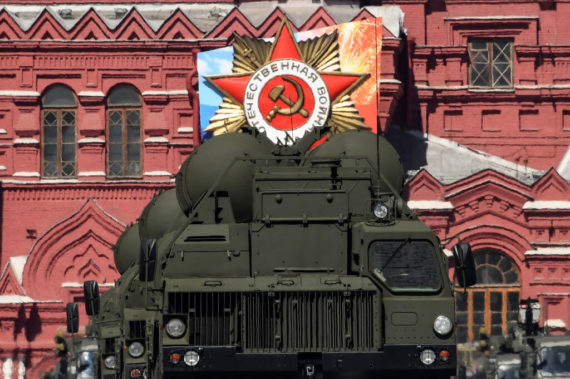 Turkey has focused on the local election results for more than three weeks. The outcome of the Istanbul elections is still under dispute between the AK Party and CHP, yet Ankara’s foreign policy agenda is much more complicated than the election results. President Erdogan has to deal with two significant difficulties simultaneously. While he is revising his political strategy to re-energize the AK Party and his constituency to maintain his strength, he is also trying to find the best approach to overcome the upcoming foreign policy crisis stemming mainly from Turkey’s decision to purchase S-400s.

In the latest bilateral meeting between Erdogan and Putin held in Moscow within the framework of High-Level Strategic Cooperation, both presidents underlined that S-400 surface to air defense missile system would be delivered to Turkey at the end of July this year. President Erdogan also stressed that Turkey is interested in different sub-complementary lower missile systems to deepen its defense and military relations with Russia.

President Erdogan has to deal with two significant difficulties: revise his political strategy to re-energize the AK Party and overcome the upcoming foreign policy crisis stemming mainly from Turkey’s decision to purchase S-400s.

While Turkey and Russia enjoy defense cooperation, the U.S. is trying to enforce Turkey to cancel its defense deal with Moscow. According to the U.S., S-400s are incompatible with NATO’s defense network and would pose a threat to the American F-35 stealth fighter jet project when Turkey operationalizes its F-35s. Yet, Turkey has been delivered four F-35s to train Turkish pilots in the U.S.

More importantly, in case U.S. pressure does not succeed to change Ankara’s S-400 decision, Washington is set to implement a short-term road map to punish Turkey. However, the divergence between different institutions in the U.S. is still visible concerning foreign and security issues. Turkey is no exception. While Trump himself is clear about Turkey’s role in the region although he acts in a very pragmatic way on foreign policy issues, his close circle tends to act by other institution’s possible positions towards Turkey. Ultimately, the president has little leeway to counter Turkey’s many critics in Washington. The State Department is concerned by the deepening political rupture between Turkey and the U.S., yet it is prepared, in case the administration decides to place a sanction against Ankara.

In addition to the State Department’s position, prominent U.S. senators have also warned Turkey that the S-400 purchase will be too costly for Turkey. Pentagon, on the other hand, has a clear view of Turkey’s strategic role within NATO but many are suspicious about its engagement with Russia from a very strategic perspective. Last but not least, the role of the Senate is more crucial, particularly over the issue of canceling F-35 delivery to Turkey and in excluding Turkey from the project.

The recent move of prominent U.S. senators about the Eastern Mediterranean Security and Energy Partnership Act (EMSEPA) 2019 was a counter-strategic move taken for the administration to contain Turkey’s S-400 engagement with Moscow – since the purchase could trigger the imposition of a mandatory sanction under CAASTA. While the EMSEPA proposes that the U.S. should work with Greece, Cyprus, and Israel to protect U.S. national interests in the region and promote a strategic dialogue with these countries, Turkey is mentioned in the act concerning its defense and political engagement with Russia and framed as a threat. More importantly, the bill is proposing to lift the U.S. arm-sales embargo on Cyprus.

The question of how Turkey and the U.S. will overcome the possible deepening political disagreement over S-400s remains unclear.

The strategic meaning of the bill is simple and clear. If Ankara maintains its decisiveness to buy the Russian defense system, according to the EMSEPA’s strategic calculation, Turkey would be militarily balanced by the U.S. by increasing the military capacity of Greece and Cyprus. The act is also symbolic in terms of underlining that Turkey and the U.S. interests in the Mediterranean Sea are not common.

Against this background, the question of how Turkey and the U.S. will overcome the possible deepening political disagreement over S-400s remains unclear while the two countries have already delved into strategic divergence over the issue of U.S. engagement with the YPG in Syria. Therefore, the upcoming mismanagement over the S-400 defense system may significantly affect U.S.-Turkey relations. But the risk is not limited to the deterioration of bilateral relations. The geopolitical risk of the S-400 dilemma is not one-dimensional either or dangerous only for one side. Both countries will eventually be influenced by the mismanagement of the process.

Arming Cyprus via U.S. military supplies will deepen the insecurity in the region and eventually reiterate the lack of trust between Ankara and Washington.

Excluding Turkey from the Eastern Mediterranean geopolitical architecture is not possible since Turkey is an integral part of it. Turkey’s strategic culture has been shaped and reshaped by the geopolitical vision of Ankara towards its surrounding seas over the years, particularly in the Mediterranean and Aegean seas. More importantly, arming Cyprus via U.S. military supplies will deepen the insecurity in the region and eventually reiterate the lack of trust between Ankara and Washington. It forces Turkey to recalculate its national strategy not only towards the Cyprus issue but also towards Greece. The possible exclusion of Turkey from the F-35 program is another geopolitical risk for the future strategic calculations of NATO. Taking into consideration the upcoming geopolitical challenges, Turkey is one of the most critical countries. From the Balkans to the Caucasus and from Ukraine to the Middle East and the Eastern Mediterranean, Turkey is an active partner of NATO and also has its particular national interests over the regions where it is located.

Geopolitics 101 says that Turkey and the U.S. have to agree, one way or another, over the issue of S-400s. It seems likely that Turkey will receive the S-400s as promised, yet the issue will be solved with the U.S.