Gerrymandering allegations, which were rarely seen in the past, have apparently turned into a manipulation tool for Turkey's opposition parties to justify their repeated defeats over the past years. 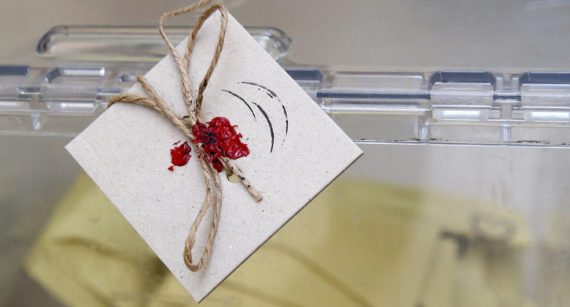 Turkey has had a tight schedule in terms of elections and referendums within the past couple of years. With the upcoming local election on March 31, the Turkish electorate will have gone to polls for the seventh time over the course of the past five years. Aside from the main agenda of the elections and referendum, one of the leading aspects that has been insistently brought into question by certain groups is the safety and reliability of elections. In fact, Turkey’s election experience in a multi-party system and the constitutional and legal guarantees in terms of the administration and supervision of elections invalidate such claims.

Particularly opposition parties and some groups supporting them have started claiming in the run-up to the election that gerrymandering would be set up to interfere with and manipulate the results. It is even claimed that there will be cast ballots made for Syrian refugees, as the issue of Syrian refugees is the most frequently raised. Election safety was one of the priorities of the government for the last elections held on 24 June, 2018. To that end, Parliament passed Law No 7102 last year, which introduced the relocation of ballot boxes in order to merge ballot boxes for the prevention of possible pressures of the PKK terrorist organization on the electorate and to enable easier access to ballot boxes for the electorate who are unable to go to polling stations. Although the opposition criticizes this law, the practice during the last elections proved that the criticisms are unfounded.

In order to ensure the safety of elections in Turkey, parliament passed Law No 7102 last year, which introduced the relocation of ballot boxes in order to merge ballot boxes for the prevention of possible pressures of the PKK on the electorate.

Turkey’s Supreme Election Council, indeed, has addressed this issue in its decision that refers to Law No 7102. This Law is intended to end the problem of “unsealed ballot paper,” which became an issue after the previous election. However, the purpose of this law is to minimize invalid votes appeared in the unsealed ballot papers due to the negligence of the balloting committee. In other words, this law has prevented the disallowance of ballots in cases when the electorate fulfills the voting procedure without a fault. The Constitutional Court recognized this law as a requirement of election safety, refusing to annul the election results. The relocation provided by this law has been found acceptable and proportionate for a democratic society.

Although they do not seem to have convinced the public, the opposition is still voicing baseless claims of gerrymandering ahead of the March 31 local elections. This attitude rather looks like a preparation of the pretexts to be embraced in case of a defeat. As can be remembered, we experienced one of the most striking examples of this during the general election on 7 June, 2015. Claiming that the government engaged in gerrymandering before and during election day, the opposition dismissed those claims and began celebrating the results when it turned out that the Justice and Development Party (AK Party) did not reach a majority to come to power alone. In view of the opposition’s behavior in elections, it is evident that they cling to such claims only if the AK Party wins. As for the March 31 elections, they have already started circulating such claims again.

“Elections shall be held under the general administration and supervision of the judicial organs.

The Supreme Council of Election shall execute all the functions to ensure the fair and orderly conduct of elections from the beginning to the end, carry out investigations and take final decisions, during and after the elections, on all irregularities, complaints and objections concerning the electoral matters, and receive the electoral records of the members of the Grand National Assembly of Turkey and presidential election…”

Also, according to the Law on the Organization and Powers of the Supreme Council of Election, “The Council is independent and impartial in exercising its powers and performing its duties. No office, agency, authority or person shall order or instruct the Council.” (Article 3)

Although Turkey’s opposition parties do not seem to have convinced the public, they are still voicing baseless claims of gerrymandering ahead of the March 31 local elections. This attitude rather looks like a preparation of the pretexts to be embraced in case of a defeat

It must be noted that YSK members are not appointed by a political body but are elected among and by the General Boards of the Supreme Court and the Council of State. Besides, the Provincial Election Board consists of two principles and two alternate members elected among the highest-ranking judges other than the central county election board chairs and is chaired by the judge of the highest rank commissioned within the provincial center town. As can be seen, judges who are the watchdogs of constitutional guarantees are assigned on the boards that will conduct the administration and supervision of elections. Therefore, there is no reason to be concerned about the institutional mechanisms employed in the administration and supervision of elections.

Political parties participate in all election boards and electoral processes

Another important principle that will guarantee the reliability and safety of elections is the participation of political parties in the organization of election boards. According to the Law No 298 on Elections, among the political parties taking part in elections, the four parties who receive the highest vote share in the last parliamentary election and the parties that have a parliamentary group in the Turkish Grand National Assembly can have one principle and one alternate representative in the YSK. These representatives can attend all the activities and meetings of the Council. Considering the procedures on the participation of political parties in election boards, distrusting the boards does not have a reasonable explanation.

Along with the judicial mechanisms that secure the safety and reliability of elections, political parties also participate and observe all the electoral procedures during election day. Political party representatives are assigned on ballot-box committees and directly participate in the counting and listing of votes. Aside from the ballot-box committee chair chosen among public officers, there are representatives from five political parties in the committee. The party representatives in the committees take samples from ballot result reports and register the results. After the counting of votes, the reports are compounded in a district and provincial election board and the results are determined and announced under the supervision of political parties. As a requirement of the open counting and listing principle, the counting of votes is made public under the supervision of parties. We also know that aside from political parties, several platforms and NGOs, such as “Vote and Beyond” closely monitor ballot counts.

Aside from political parties monitoring the ballot counts and election results, other platforms and NGOs, such as “Vote and Beyond” also closely monitor ballot counts, which ensures election safety and reliability in Turkey.

Above all, the YSK transparently administers all the phases of elections. After elections, the Council scans the originally signed reports of all ballot boxes across the country and publishes them on its official website. Thus, the electorate and political parties have a chance to compare the ballot box results with the data they obtained.

Gerrymandering allegations, which were rarely seen in the past, have apparently turned into a manipulation tool for the opposition to justify its repeated defeats over the past years. The administration and supervision of elections have successfully been conducted in our country for a long time. For this reason, it would be more reasonable for political parties to develop new methods that will appeal to larger masses instead of casting unfounded doubts on the reliability and safety of elections.

Also Read
Why Will Anti-Erdoganism Bring Defeat to the Opposition?