The SETA Foundation’s 2018 Annual Report has been Published 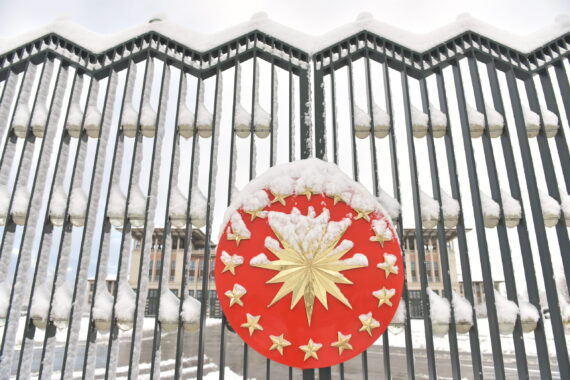 The SETA Foundation has recently published its annual report which provides rich and compact information for people who are interested in Turkey. The annual report has to be elaborated as a publication in order to refresh 2018’s most important and striking events in various and specific contexts of Turkey. It consists of eight comprehensive parts that address, for instance, domestic policy, foreign policy, defense-security issues, economy, energy policies, law and judiciary, education and social policies and media issues in Turkey.

As a collective product of SETA employees, it provides a unique opportunity to understand above all complicated political processes in Turkey that occured in 2018. By this, it’s obvious that the year 2018 has been one of the busiest and important years in the last couple of years due to the presidential and parliamentary elections which symbolized Turkey’s final switch to the presidential system. In this context, the emerging and development process of contemporary party alliances in Turkish politics, which will also continue during the local elections in March 2019, might be refreshed by reading the part “domestic policy” (Siyaset). The parts which are focus on all political parties represented in the Turkish parliament or even the President’s agenda are unique pieces with detailed analysis. Of course, there are also other book parts of great importance in the more than 400 pages long report. In particular foreigners might focus on Turkey’s foreign policy during the recent year in which both bilateral relations with certain countries faced tough turbulences. But on the other hand, relations with Asian and African countries could be developed respectively. Furthermore, Turkey’s fight against terrorist organization such as FETO, PKK and DAESH continued as well, while Turkey’s increasing defense and security sector achieved some important milestones.

Such a publication has its own writing style which rather concentrates on striking though generally forgotten events that were of political relevance during the last year. By referring to several other publications and dailies in the footnotes, the chance to focus into the information is also given. In this respect it’s no surprise that undergraduate or graduate students, or even higher academics, use this publication as a reference source –or even by making use of reports from previous years– in order to intensify the purposed research field. Furthermore, contemporary Turkish university classes are biased to prefer to read this kind of publication instead of contemporary book publications in which unfortunately too ideological positions are entrenched.

The second main group which is already using it or should take a look into these kinds of publications are members of foreign and Western media outlets. And in particular media representatives who are focusing on Turkey with limited access to background information and complicated Turkish politics are strongly encouraged to read it. It’s not a big secret that this publication represents a certain stance, as is the case in all global institutions. However, this does not mean that it disregards the principle of objectivity. People who focus on similar SETA reports with no prejudices will definitely notice this (academic) sensitivity.

Annual reports of this quality are published every year by the SETA Foundation of which every one of us can benefit from. In this sense, thanks to all who contributed during its preparation process. It would definitely be a great step if the English version might be published in the upcoming years.