Unmanned fighter jets grant Turkey a strategic military advantage in the region in terms of counter-terrorism operations and deterrence. 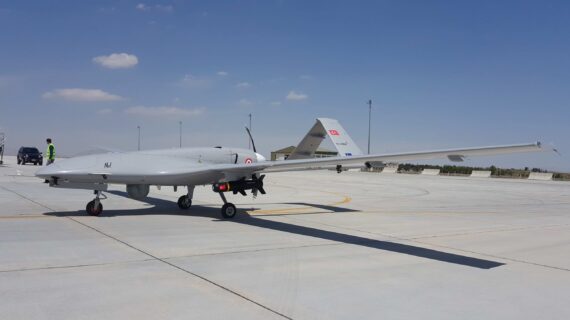 Unmanned combat aerial vehicles (UCAV), which are produced by and are in the inventory of limited number of countries, could be deemed as a military superiority. There are 150 unmanned aerial vehicle (UAV) systems used by 48 countries. The global market of UAVs is around US$2.8 billion, which is expected to skyrocket to US$9.4 billion by 2025. Turkey is one of the very few countries who are successful in producing UCAVs, and it seems the country intends to maintain this success.

As domestic production increases and national resources are pooled, the dependency rate in the defense industry declines swiftly. The most vital aspect of military technology is the nationalization of military capacity. If a country is unable to produce its own weaponry and develop new technological systems, it will be forced to acquire its needs from other countries. This situation would surely complicate independence in terms of military capacity and may cause further issues through time.

As discussed recently, the focus here should be how UCAVs add a strategic value to Turkey’s military capacity. Moreover, the current status of UCAVs in the world should also be addressed. Firstly, UCAVs have yielded positive results especially in terms of counter-terrorism since their inclusion to the inventories of the Turkish Armed Forces and the police. In respect of tracking terrorist activities and destruction of terrorist elements in rural areas, detecting terrorist elements on mountains and preventing terrorist incursions, UCAVs are filling a prominent gap.

In addition to its operational successes during counter-terrorism operations, it is also possible to assert that UCAVs constitute a successful and strategic military capacity as they provide security to personnel, allow a stronger grip over the field and are cost-efficient. Pressure asserted upon the PKK and the preventative nature of UCAVs and UAVs could be understood through the complaints of terrorist elements.

Besides intelligence, reconnaissance and surveillance, these vehicles also ensure dominance over the field. UAVs have a positive impact in preventing terrorist activities not only in mountainous and rural regions, but in urban areas as well. Therefore, the contributions of UAVs and UCAVs could be considered as an unparalleled development, especially as terrorist organizations are having a hard time in moving without any interference.

On the other hand, strategic contributions of UCAVs are not limited to counter-terrorism operations; they constitute a glaring advantage in border security, cross-border operations and in combat zones. UAVs and UCAVs had a positive impact in the success of the Operation Euphrates Shield. These vehicles facilitated the process of tracking elements of terrorist organizations on the field such as Daesh and PYD. Similarly, they were also crucial in preventing border transgressions along with weapon and ammunition smuggling attempts. The previously costly activities realized by numerous military personnel have therefore been streamlined.

One glimpse at the Syrian civil war is adequate to assess the crucial role of UAVs and UCAVs. The fact that Russian UAVs have completed over 14,000 sorties since the beginning of Russia’s operation in Syria is illustrative of the prominence of these vehicles. Therefore, actors possessing these systems undoubtedly gain a military advantage in the combat zone. Utilization of such military systems is not limited to national states, as terrorist organizations are also trying to benefit from the advantages of the vehicles in concern. Daesh’s assassination drones and the PKK/PYD/YPG’s mini drones are only some examples.

Aware of its benefits, many countries are trying to add UCAVs to their military inventory. For instance, France announced that it would arm UAVs procured from the US until 2019, with the purpose of using them in West Africa. Moreover, France’s attempts to produce UCAVs jointly with Germany, Spain and Italy has been covered by the media. It should be expressed that the US, China and Israel are well invested in the development of these vehicles.

Genuine and domestic software is a must

Meanwhile, China’s aggressive policies in terms of UAV and UCAV sales must be underlined, as it concerns the region. It is possible to see that China is selling these vehicles to many countries in the Middle East and Africa. Besides sales to Egypt, a UAV factory has been agreed to be constructed in Saudi Arabia.

While China acting freely in a matter which the US is reserved will be crucial for the balance in the region, unless the software is genuine and domestic, these systems are vulnerable to being tampered by the producing country. In this respect, it could be asserted that Iran, Turkey and Israel are in a better position in the region, as they have their own national systems.

While criticizing Republican People’s Party (CHP) deputy Sezgin Tanrıkulu over the allegations of targeting civilians, President Erdoğan said “You are employing Qandil’s [the mountain where PKK’s headquarter is located] discourse. We have worked for years to produce our own unmanned aerial vehicles.” Indeed, it was not easy for Turkey to reach this capacity. As Turkey’s experience with Israeli-made Herons suggest, these systems are vulnerable to tampering as long as the software is not genuine and domestic.

Moreover, Turkey is attempting to further its capacity. Enabling more efficient military operations, these systems are expected to progress onto the next level – it was announced that unmanned fighter jets will be produced in the short-term. Unmanned fighter jets will definitely add a prominent strategic value to Turkey’s military capacity. Currently, there are 30 Bayraktar Tactical-Class UAVs in the inventory of security forces, 8 of which are UCAVs. Meanwhile, an additional 16 of these vehicles will be delivered to the security forces in the short-term. Considering the security risks emerging from Syria and Iraq, it would not be wrong to suggest that the number of UCAVs should be increased.

In the meantime, 6 Anka-S UCAVs produced by Tusaş are expected to be added to the inventory before 2018. It should also be noted that a Turkish company, Vestel, is also working on a UAV named Karayel [Northwest Wind].

All in all, Turkey has a strong base in this field; further progressing this base with the development of unmanned fighter jets will grant Turkey a strategic military advantage in the region in terms of counter-terrorism operations and deterrence. 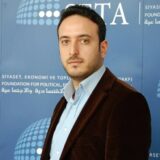 Abdullah Erboğa holds a PhD in the Middle East Institute from Sakarya University. His areas of research include Regional Security, Gulf States, US-Gulf Relations and Gulf Security. Erboğa currently works as a Researcher at SETA Istanbul.