The Transformation of Money and Blockchain Technology

It is argued that blockchain, the underlying element of digital currencies, will have the most impact on our lives in the near future, taking over social media, big data, robots and artificial intelligence. Some even claim that its affect will be the “real” revolution. 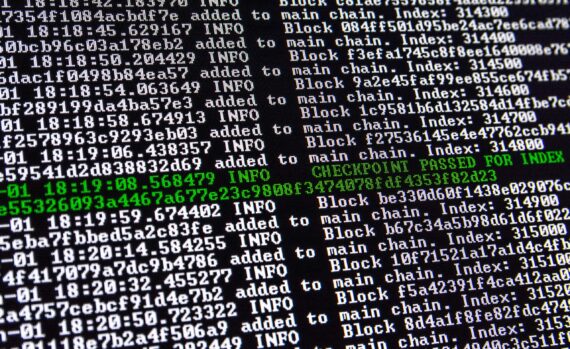 Being more than just a type of metal or paper, money is an element of a trust-based relationship between the creditor and debtor. In this respect, rather than being a measure that assesses the value of a commodity, money is the measure of trust in other people. Essentially, all monetary systems are based on trust and today’s coins and banknotes are not actually evaluated according to a standard established on precious metals. While states render banknotes trustworthy and financial regulations make electronic funds credible, crypto-currencies have the same trust via the blockchain technology, which offers security to the increasingly popular crypto-currencies. Developments in technology, international trade and the globalization of finance brought innovations for money. With the emergence of the electronic fund, money began to be transferred through electronic means defined as Electronic Fund Transfer (EFT).

EFT was then followed by the credit card and Automatic Teller Machine (ATM) technologies. With the onset of millennium, monetary transactions via credit/debit cards instead of cash, and along with the new technological developments rendered money increasingly digital and virtual. Today, banknotes have been replaced by electronic funds – two thirds of personal transactions in the United States are conducted through credit and debit cards. As money has entered the cyber world, various electronic payment methods emerged. Electronic funds and methods of payment, such as the credit card, PayPal, e-cash, electronic check, mobile payment, eScrip, IPIN, PcPay, and First Virtual, have increased in terms of both volume and variety. This spread of electronic funds created issues such as information security and high costs in transactions. In this respect, people need systems that are secure, low on cost and swift in order to freely handle their transactions.

The blockchain technology and cryptocurrencies

There are various approaches to the concept of cryptocurrencies. The most significant of these is the decline in trust in central banks and other financial institutions following the 2008 Financial Crisis. The 2008 crisis brought many changes to the global financial system – national stock markets collapsed, credit-rating agencies lost reputation, financial institutions and companies were on the verge of bankruptcy while certain worldwide banks went bankrupt. More important than all, the public perception of the finance sector slipped, leading to a feeling of increased distrust towards banks. As a result of this increasing distrust, Bitcoin was proposed as an alternative to powerful reserve currencies such as the U.S. Dollar and Euro. The crypto-currency Bitcoin was first mentioned in an article written by Satoshi Nakamoto, titled ‘Bitcoin: A Peer-to-Peer Electronic Cash System.’

A technical analysis on an alternative currency and its timing was intriguing, as it was brought at a time when following the crisis, people were distrustful towards the financial world. In the mentioned article, Nakamoto defines Bitcoin as a peer-to-peer electronic system that relies on encryption. In his work Nakamoto criticizes intermediary services conducted by banks and argues that banks are not required for trade due to the increasing trend of electronic trade. While the article technically explains how the blockchain infrastructure was developed and how it functions, it also attempts to provide a new perspective as to how to resolve the post-crisis issue of trust through technology.

Even though crypto-currencies were being discussed prior to 2009, the introduction of the blockchain technology made them more appealing. So, what is blockchain? It is a distributed database in which all records are connected to each other through cryptographic elements (hash functions). Not being a centralized system, all data is stored by users integrated into the system. Blockchain, the distributed database that tracks encrypted transactions, is kind of a digital ledger known as Distributed Ledger Technology (DLT). With blockchain, crypto-currencies remove the intermediary and replace the prerequisite mutual trust with a mathematically-precise technology, thus establishing a trust mechanism. The trust here is actually in the security of crypto-currencies backed by the blockchain technology. Besides not requiring an intermediary and being transparent, the most prominent aspect of the blockchain technology is its high security. In this respect blockchain possesses a great potential as it accelerates transactions , decreases costs, increases security and expands operational capacities.

Acting as a digital registry without a particular storage, blockchain is a precious database that can be used for various purposes including storage of property ownership documents, birth and death certificates, management of smart contracts and financial documents. Blockchain provides an unprecedented opportunity for its users to control their digital identity. A transparent global registry, blockchain is used for various purposes such as securing, managing or storing in numerous fields. The facilities it provides to digital identity renders blockchain the key of trust economy. In this respect, blockchain offers the same advantages to businesses as well. For this reason, some argue that blockchain will rock the markets and will be at the center of the fourth industrial revolution.

Where Does Libya Fit in Biden’s Foreign Policy Priorities?

While Sweden was the first country to take steps in utilizing blockchain in order to secure and manage documents by storing land registry on the database, Bitfury signed the largest state blockchain deal with Ukraine, which will see the transfer of all the country’s electronic information to the database. Similarly, South Korea struck a deal with Samsung for blockchain-based technologies, and Hong Kong and Singapore announced that they were going to use blockchain technology in order to resolve their trade issues and to unify trade platforms.

Various steps are being taken in order to integrate multiple international sectors together with blockchain technology. In order to facilitate international trade, IBM is attempting to establish a digital trade consortium through blockchain by including the largest banks of Europe such as Deutsche Bank, HSBC, KBC, Natixis, Rabobank, Societe Generale and Unicredit. IBM’s interest in this technology continues as it has announced a partnership with UBS, Bank of Montreal, CaixaBank, Erste Group and Commerzbank for the establishment of a blockchain-based trade finance platform. These kinds of developments indicate that the finance sector will quickly adapt to future digital technologies such as blockchain.

Bitcoin and the future of virtual currencies

Blockchain’s popularity increased in tandem with the crypto-currency Bitcoin. Expanding its volume and market share tremendously after its inception in 2009, Bitcoin has become a phenomenon in itself in recent years. Being the most valuable crypto-currency, the value of Bitcoin increased from $970 to $20,000 in 2017 alone. Today, Bitcoin’s share in the crypto-currency market is around 45% and its volume is around $265 billion. The crypto-currency market is worth around $600 billion in total. Following the introduction of Bitcoin to the market and the ever increasing demand for it, hundreds of other virtual currencies have emerged. Crypto-currencies other than Bitcoin such as Ethereum, Ripple, Bitcoin Cash, Litecoin, Cardano, IOTA, and Dash are defined as alt-coins (alternative coins). As of late 2017, there are 1367 crypto-currencies in the market. However, Bitcoin is still the most discussed crypto-currency not only because it has the largest share in the market but also because it is accepted by certain firms and companies.

Technological developments may allow for the digitalization of money to take a different turn. The risks and opportunities posed by Bitcoin will not only be observed by governments. Despite its high profit margin, Bitcoin is a volatile currency prone to speculation and can be used for money laundering and other illegal transactions. As is observed in the case of Bitcoin, crypto-currencies are an attractive and lucrative means for transaction due to their swiftness, low costs and minimal risks. Even though they are new to the market, they have no legal status and therefore can be used for illegal activities. In this sense therefore, crypto-currencies possess the potential of becoming an alternative means for investment or even currency. Indeed, it is argued that blockchain, the underlying element of digital currencies, will have the most impact on our lives in the near future, taking over social media, big data, robots and artificial intelligence. Some even claim that its affect will be the “real” revolution.

It is becoming compulsory for states to implement legal regulations that will enable them to adapt to this level of change. As is known, crypto-currencies already have a stock market. Some countries deem virtual currencies as a commodity and tax profits gained from their transactions. It could be asserted that governments will attempt to control digital currencies through blockchain technology in the upcoming years. Thus, for this reason, instead of deeming them as a hoax, Turkey should evaluate the possible advantages and risks of digital currencies through observing their usage, while enacting laws to protect individuals.

Also Read
Decrease in Turkish unemployment
We use cookies to optimize your online user experience. To learn about our use of cookies and how you can manage your cookie settings, please see our Privacy Policy. By continuing to use our site you are excepting our use of cookies.Accept Cookies & CloseMore Info