Although it is difficult to foresee the future energy policies of the new US administration, there are clear signals that the production of fossil fuels will be increased, oil pipeline projects cancelled by the Obama administration will be reactivated, and policies regarding environment and climate change will be revised. 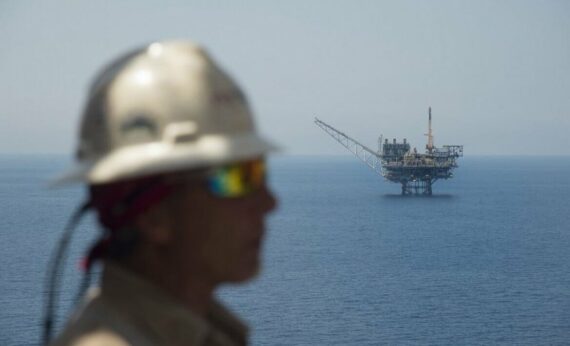 Donald J. Trump took office as the 45th president of the United States on January 20, 2017. He attracted much public attention with statements on the economy, foreign policy, security and energy, even in the election period. The Trump administration has aimed to start “a new energy revolution” especially in terms of energy policies. The Trump administration has promised to revitalize the oil and natural gas sectors by repealing some of the Obama administration’s restrictions, like the White House Climate Action Plan. In parallel with this, Trump has stated that the production of fossil fuels should be increased by reducing legal restrictions.

President Trump has appointed former Texas Governor Rick Perry as the Secretary of Energy. It is thought that Mr. Perry will follow policies on climate change and global warming that may cause harm to the environment.

Immediately after the inauguration of Donald Trump, some statements were released on the White House’s official website regarding energy, foreign policy, economic growth, employment, and defense. These statements are a kind of confirmation that some legislation from the Obama presidency would be repealed by the new administration. One of the first subjects which the Trump administration has put on the agenda is energy. The announcement, called “An America First Energy Plan,” states that “harmful and unnecessary” policies like the Climate Action Plan and the Waters of the US Rule have burned the American economy and they should be repealed. In addition, Trump has signaled that untapped energy resources on federal lands, like oil, shale and natural gas, should be utilized and their revenues should be spent on infrastructure projects. Moreover, the removal of the climate change page from the White House’s website proves that Trump will deal with this issue as soon as possible. Trump has regularly stated that climate change is not a scientific fact, even saying that it “was created by and for the Chinese in order to make U.S. manufacturing non-competitive.”

On the other hand, the desire of the US to control energy resources, especially in the Middle East, Caspian Sea and Eastern Mediterranean regions, will most probably spark a rivalry between Russia and the US. In the forthcoming period, the US, Russia and Turkey have been expected to confer, particularly about natural gas resources and pipeline routes. The Trump administration is expected to exert effort on transmitting natural gas in the Eastern Mediterranean region to Turkey, and then to the European Union via the Southern Gas Corridor. The feasibility studies on this project are still proceeding and when this project is implemented, Turkey will take another step to become an energy trade center. In this sense, the intimate relations between Turkey and the new US administration are extremely important.

Today, it is very difficult to forecast the dynamics of the global energy game with certainty, however, some signals have been given by the new US administration that it intends to change its policies on energy in the near future. These policy changes will not only affect the US energy system but also the global energy equation would be reconfigured. In this respect, especially in the Middle East, the US, Russia and Turkey should act in unison and bring peace to this region. By doing so, the energy reserves of this region can be utilized more effectively and Turkey can derive benefit from this situation. Therefore, in the process of bringing stability to the region, Turkey should do a very careful cost-benefit analysis and act in parallel with its national interests.

What Turkey and the Region Can Expect Going Forward

In the new period, it seems that energy will be at the center of developments in Turkey and the region. The foreign policy of the US was slammed frequently by Trump in the electoral period. In this regard, the new administration’s thoughts about bilateral relations with Russia, NATO expenses and the military presence of the US in the Middle East have indicated that the balances in the region can be reshaped.

The critical role played by Turkey in the region is expected to increasingly continue. Along with the positive developments between Turkey and Russia in the recent period, Turkey, Russia and the US can together direct energy policy in the region. From this point of view, especially the developments in the Middle East, Syria and Iraq will greatly influence the variables of the energy equation.

There are many projects in the region waiting to be implemented. Specifically, the US is expected to be an important player in terms of drilling in the rich oil and gas reserves in the Eastern Mediterranean region and transmitting these resources via Turkey to global markets. In the new term, it is foreseen that the operations on security and energy coordination in the region will also continue. The main objectives are both gaining economic benefit and ending political tension. Thanks to these projects, Turkey will achieve its goal of being an energy trading center. In addition, it is expected that Turkey will play a crucial role in building new international partnerships in the region. Turkey aims to become a center of attraction in terms of energy. By doing so, Turkey wants to improve its economic and commercial relations with the US. In this way, not only Turkey but also the region will derive benefit.

Although it is quite difficult to predict the future energy policies of the new US administration, there are some important signals that have been given by President Trump. Accordingly, it is possible to say that the production of fossil fuels will be increased, oil pipeline projects cancelled by the Obama administration will be reactivated, and some policies related with environment and climate change will be radically changed in the new period. In light of this information, it appears that the US will try to be a fully independent country in terms of energy. On the other hand, it is clear that the new energy policies of the US will affect Turkey and the region. Owing to this reason, especially in accordance with its targets of becoming an energy trade center, Turkey should act in compliance with its national interests and contribute to bringing economic and political stability to the region once again.