The Turkish Diaspora’s Voting Preference in the 24 June Elections

Turkey's June 24 election results are considered as a chance by the Turkish diaspora to initiate new and stable bilateral relations for the upcoming future. 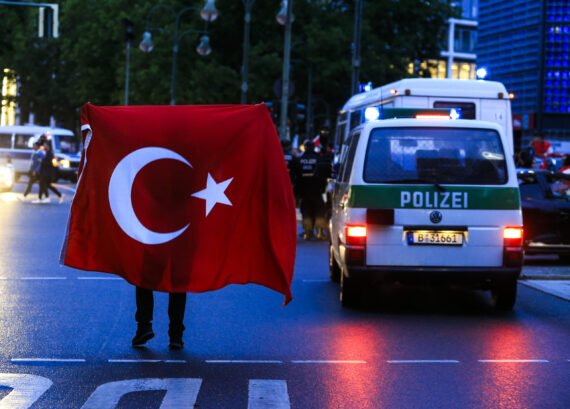 Even though it’s not comprehensively taken into consideration in Turkey, it’s a fact that the country has a diaspora which is of great importance. The members of the Turkish diaspora have been able to vote in elections that take place at home since 2014. In addition to being able to vote in countries that they reside in, Turkish citizens that live abroad also have the right to cast their vote at custom gates in Turkey.

In regards to the recent June 24 elections, the turnout rates of the Turkish diaspora has increased. More than 50 percent of all diaspora members headed to the polls during the recent election period, which symbolizes a new record – despite continuing accusations, provocation attempts and insulting statements by some foreign voices. Nevertheless, in contrast to the previous general election in November 2015, the number of Turks abroad going to the polls had increases by 5 percent and 2 percent compared with the April 16, 2017, referendum. The number of diaspora members, who had voted, has been counted as approximately 1,5 million, that is to say, 50,05 percent of all members of the Turkish diaspora. (1,35 million Turks voted abroad and 170 thousand at Turkish custom gates). While, for instance, in Germany 811 thousand, in France 185,6 thousand, in the Netherlands 144,9 thousand and Austria 60 thousand Turkish citizens went to the polls, 46,1 thousand Turks in the United States voted as well.

By focusing on the results of the presidential elections, we see that the People’s Alliance’s candidate, Recep Tayyip Erdogan, received approximately 900 thousand votes. That is to say, 59,4 percent of all diaspora votes. This also means that the number of votes favoring “Yes” during the last referendum on April 16, 2017, has recently been exceeded by nearly 60 thousand votes. Erdogan’s party, on the other hand, has also received more than 50 percent of the votes from the Turkish diaspora (51,8 percent) while in Turkey the AK Party got circa 42 percent. In Germany, where the majority of the Turkish diaspora are living, currently 1 million 443 thousand 585 Turkish voters exist (apart from a total number of 3 million people with Turkish origin in Germany).

But if one concentrates on the reactions right after the election results became public, some general and estimated biases, for instance, in Germany can be observed. While German Chancellor Merkel and President Steinmeier congratulated President Erdogan by stressing the future intention “to further support and deepen the cooperation between our two countries,” some German politicians with Turkish roots once again elaborated the results in a negative tone. Even a member of the Turkish diaspora who is working for the CHP in Germany stated that Turks living in Germany and voting for Erdogan should leave Germany. While these statements belong to a member of a political party – who call themselves social-democrats – this kind of rhetoric only resembles the mentality of the far right and extremist parties, such as the AfD.

Furthermore, discussions about the integration process of Turks became popular as several commentators and politicians once again accused Turkish voters due to their preference in favor of President Erdogan. German conservative and rather nationalist circles do not try to analyze the results in depth while all opposition parties in Turkey are –falsely– considered as one democratic bloc against the incumbent government. However, whether German analysts or Turkey experts want to accept this or not; Turkey’s dynamics are not that easy to reduce to these kinds of generalizing opinions.

Apart from the known positions of nationalists, it’s an interesting phenomenon that left-wing German politicians and above all Germans with Turkish roots are taking very extreme positions with regard to the recent election results in Turkey. As if one has to prove oneself most likely in order to guarantee a continuation of a successful political career. For instance, it’s very confusing that a politician like the former chairman of the Green Party, Cem Ozdemir, stated that Turks in Germany, who voted in favor of Erdogan, are living in “parallel societies” while comparing them to AfD voters. On the other hand, however, other high-profile German politicians from the same political party, such as Baden-Württemberg’s minister-president Kretschmann, do rightly reject these kind of statements by addressing the need of an in depth analysis of the preferences of Turkish voters by using empirical methods of social research. I think it’s understandable what I want to stress.

Thus, the elections showed us that members of the Turkish diaspora are willing to participate in democratic elections. It’s presumable that Turks abroad would also participate in elections concerning German politics if there weren’t obstacles with regard to their political participation – however this topic goes beyond the borders of this column piece.

Another issue which once again became obvious during the election period is the fact that most of the Turkish population living in Germany, who’re obviously conservative-oriented, are not represented in German political circles. On the contrary, most German politicians with migration roots are totally against the opinion and preferences of these majorities. This seems to be a serious problem for German democracy from a participatory point of view. Nevertheless, the election results are considered as a chance by the Turkish diaspora to initiate new and stable bilateral relations for the upcoming future.