The Turkish Economy in the Aftermath of the Failed Coup Attempt 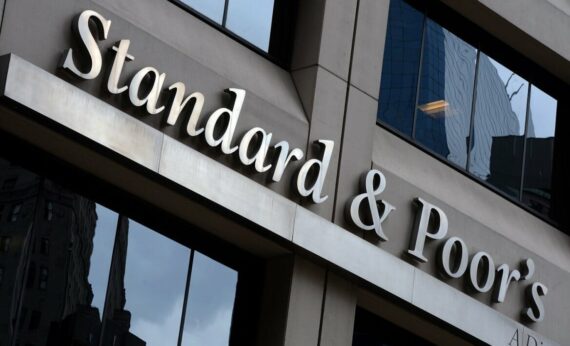 On July 15, Turkey thwarted a coup attempt by FETO (Fetullah Gülen Terror Organization) with the resistance of the Turkish people, who showed their faith in the Turkish Republic and democracy. Undoubtedly, military coups or coup attempts have great potential to badly affect the political and economic stability of a country. But, the negative effects of this failed coup attempt have remained limited due to Turkey’s strong macroeconomic indicators, strong public finance, sustainable current account deficit, private sector efforts and comforting statements of policymakers and economists.

OpinionBy Hazal Muslu El Berni
Immediately after the coup attempt, the efforts of the Central Bank officers and economic management team helped to ward off the initial shock waves. In particular, Deputy Prime Minister Mehmet Simsek’s statements for foreign investors played an important role in reassuring investors during this difficult process. Simsek stated that structural economic reforms will be on the agenda, investors’ confidence will be secured, daily life will not be affected and political decisions will be market friendly.There are five important points that stand out in the aftermath of the failed coup attempt.

The Central Bank’s Measures after the Coup Attempt

The measures taken by the Central Bank (CB) on July 17 have played a crucial role in easing the first shock waves created by the coup attempt. Official statements on supplying unlimited liquidity to banks and the assurance of financial stability have stabilized the banking system and the markets, so that possible financial repercussions on the morning of July 18, 2016, could be avoided.

The CB’s decision on July 19, of lowering the interest rates by 25 basis points of the upper band of the interest rate corridor, showed its strong belief in Turkey’s economic prospects. On July 22, the CB announced that meetings will be held with domestic and foreign investors, analysts and members of finance sector. The CB gave a strong message that the Turkish economy cannot be redesigned by a coup attempt.

The Economic Management Team’s Message to Domestic and Foreign Investors

Statements by President Erdogan, Prime Minister Yıldırım and especially Deputy Prime Minister Mehmet Simsek supported the normalization process and economic stability, leading to a climate of trust for domestic and foreign investors and the financial markets.

Simsek’s meeting with 500 international investors via tele-conference was so effective in giving first-hand information about the latest developments, that the promise of unlimited liquidity in the markets and of sticking to the fiscal discipline convinced the markets and investors of the swift recovery.

The Declaration of a State of Emergency

The government declared a State of Emergency for a three-month period to root out the hidden FETO members. It should be underlined that the government’s main intention is only to fight against this terror organization, whose members disguise themselves within various bureaucratic, judiciary and military posts. Therefore, in the period of the State of Emergency, the Turkish government will pay the utmost attention to ensure investors’ confidence in the markets through market-friendly political decisions and ensuring that daily life is as unaffected as possible. It appears that a quick normalization will be realized thanks to the strong democracy, operative markets and continuously enriched investment atmosphere.

Although the stock market index (BIST100) declined and exchange rates rose after the coup attempt, such small fluctuations were halted by timely economic measures and comforting statements from politicians. Economic indicators will apparently be optimized soon.

Immediately after the failed coup attempt, the international rating agencies unfortunately made controversial statements regarding Turkey. In fact, Turkey has a very strong fiscal position and very low levels of public debt and budget deficits. In addition, policymakers have already taken economic measures to prevent fluctuations. Despite all of the positive indicators, Moody’s has threatened to lower Turkey’s credit rating, possibly to the garbage level. Some believe that, with this decision, Moody’s has aimed to drive the markets into panic. Despite the admirable economic performance of Turkey, in the past, Moody’s has acted unrealistically slowly to increase rating levels.

Likewise, Standard & Poor’s has decreased Turkey’s credit rating from BB+ to BB, thus making a negative contribution and causing malicious damage to the reputation of the Turkish economy. Fitch’s decisions will be more important in the near future. Overall, the negative attitudes of the rating agencies seem unfair and prejudiced. These institutions should take into account the potential of Turkey’s economic performance and contributions to the world markets.

Turkey has experienced robust economic growth since 2002, thanks to political stability and reforms. The Turkish economy has grown uninterruptedly for the last 26 quarters. This performance has occurred despite the global financial crisis and the geopolitical risks in the Middle East. This performance will continue with new structural reforms.

Despite the failed coup attempt, economic experts estimate that strong domestic demand will trigger production and investment in the following months. It is not the first time that Turkey has been given such a low rating. Despite the prejudiced attitudes of some international rating agencies, the wheels of the economy should continue to accelerate. In addition to the concerted efforts of the public and private sectors, communication with foreign investors should be set to continue. While Turkey contends with FETO (FEtullah Gulen Terror Organization), economic reforms are on the agenda and the market economy continues to function in its own way.

Yusuf Emre Koç received his undergraduate degree in Economics, from Ankara University. He is currently pursuing his master’s degrees both in International Relations at Hacettepe University and in Economics at Ankara University. He has been working for SETA Foundation since February 2016 as a research assistant. His research interests are political economy, international economy, economic growth and development.