The Turkish-Libyan Maritime Deal: What Are the Implications?

The maritime deal has significantly redrawn boundaries within the Eastern Mediterranean, and will strengthen Turkey’s position in ongoing negotiations in the region. 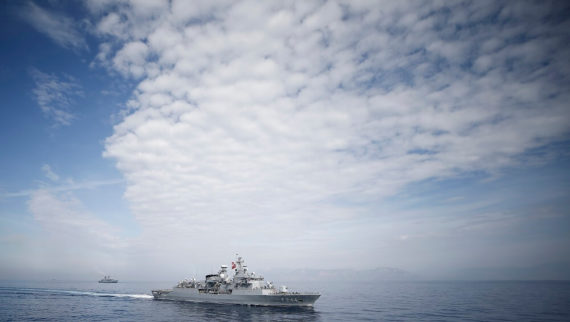 Turkey has angered Greece and Egypt after it signed a new maritime deal with Libya’s UN-recognized Government of National Accord (GNA) that declared Turkey and Libya as ‘neighbors’ with adjacent coastal zones.

The Greek Administration of Southern Cyprus stated that they will petition against the decision at The International Court of Justice in The Hague in order to safeguard their offshore drilling rights. Greek authorities also expelled the Libyan Ambassador over the deal.

Egypt disputed the validity of the deal arguing that Feyyaz Sarraj’s government didn’t have the authority to make the deal unilaterally without the backing of Libya’s parliament.

“It violates the (U.N.) Law of the Sea. The sea zones of Turkey and Libya do not meet, and nor is there a sea border between the two states,” said Stelios Petsas, Government spokesperson of Greece.

The reactions of the opposing states caught the attention of NATO who held a meeting in London to discuss the issue and was attended by Turkish President Recep Tayyip Erdogan. The issue was discussed along with the French, German and the British representatives. President Erdoğan said: “As we made the necessary explanations, France continued to be disturbed about the deal. I then told Macron that France is not the guarantor state of the region, Turkey is and we would protect the rights of our cognates in the Turkish Republic of Northern Cyprus.”

However, the agreement was labelled as a ‘memorandum of understanding’ which is an agreement between two or more parties outlined in a formal document that is not legally binding until accepted by both parliaments which both Turkey and Libya announced were ratified. Therefore, Sarraj’s authority is not a matter of question.

What does Turkey gain from the Libya Deal?

The bilateral agreement between Turkey and Libya delineates the exclusive maritime zones of both countries, especially in the areas that Greece and the Greek Cypriot Administration of Southern Cyprus have declared as their own, in order to push Turkey out of lucrative oil and gas exploration.

Turkish authorities are keen to prevent opposing states from excluding Turkey’s right to benefit from the maritime territory that it claims in the southern Mediterranean and to defend the rights of Northern Cyprus from the illegal unilateral actions of the Greek Cypriot Administration in Southern Cyprus.

This is especially the case after Israel and Egypt announced the launch of a regional gas forum for the Mediterranean states in January, which excluded Turkey and Lebanon. Seven energy ministers, including those from Israel, Egypt, Cyprus, Greece, Jordan, Italy and the Palestine came together for a meeting in Cairo to mark the launch of the East Mediterranean Gas Forum.

Turkey’s claims to the East Mediterranean

According to the U.N. Convention on the Law of the Sea, a country is able to stretch its territorial waters only 12 nautical miles out to sea, when it comes to the exclusive economic zone, where it has the rights to fishing, mining and drilling, the area can extend for an additional 200 miles.

However, if the maritime distance between the two countries is less than 424 miles, exclusive economic zones are determined through bilateral agreement of the two coastal states.

Greek authorities argue that the borders outlined in new agreement between Turkey and Libya overlap with the continental shelf of the islands in the southern Mediterranean, especially Crete. Turkish authorities answer to the claims by arguing that all islands are treated differently in terms of maritime borders.

There are several reasons why Turkey does not accept the declaration of Crete’s exclusive economic zone. Firstly, Turkey is situated very close to Crete. International Sea Law suggests that every island is treated differently in terms of delimitation of maritime borders especially since the conflict of the Greek Islands. The close proximity to another state’s coast serves as an important variable in terms of delimiting continental shelf areas.

The situation of the Greek Islands is already a sensitive subject for Turkey. The attempts to push Turkey’s maritime borders further north in the Mediterranean to prevent them from benefiting from the area obviously backfired with a counteraction. A deal between Turkey and Libya was planned over ten years thanks to the efforts of Cihat Yaycı. Cihat Yaycı is a flag officer of the Turkish Navy who is the architect of this plan. “To this day, Turkey acted as the reacting state that opposes initiatives and agreements signed by the Greek and the Greek Cypriot Administration” pointing out that Turkey has finally jumped into action.

This is where law suggests that one should look and see if these rules have become a part of customary law and therefore applicable to Turkey even if it is not a party. In the 1958 Geneva Convention Article 1(b), only 31 out of 66 states voted for the articles’ inclusion while the rest remained uncommitted. As for the other two articles of the 1982 Convention, many states including Turkey opposed the position that all islands have a submarine area, stating that each should be examined and treated separately. Therefore, the given articles in the convention are not a part of customary law and therefore are in no way binding for Turkey.

The maritime deal has significantly redrawn boundaries within the Eastern Mediterranean, and will strengthen Turkey’s position in ongoing negotiations in the region. While neighboring states have asserted jurisdictional positions that have aimed to exclude Turkey, the deal between Turkey and Libya will ensure that the distribution of resources in the Eastern Mediterranean cannot occur without Turkey’s participation. Thus, ensuring that the future resolution of disputes in the region will only be resolved through consensus.